Devastating floods, driven by unprecedented monsoon rains, began late in July 2010, leaving one-fifth of Pakistan submerged. The rains in the Khyber Pakhtunkhwa, Sindh, Punjab and Balochistan regions of Pakistan directly affected 20 million people mostly by destruction of property, livelihood and infrastructure. It left 2,000 people dead and 11 million homeless. In this post, we revisit some of those affected as the monsoon season approaches the region again. The last five images by Reuters photographer Adrees Latif (click on the image to fade the photograph) show us his subjects almost one year later, as he brought them back to the place where he photographed them during the 2010 flooding. -- Paula Nelson (34 photos total) 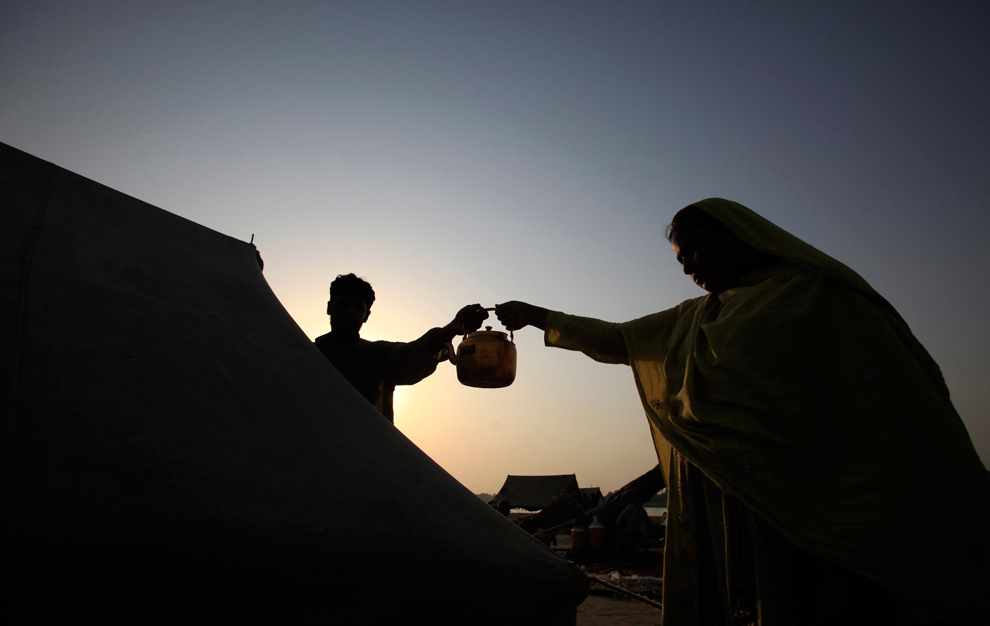 A female refugee passes a kettle of tea to her husband in preparation to break their fast during the holy month of Ramadan at a camp for flood victims in Nowshera, northwest Pakistan on Aug. 2. The couple were forced from their home by floods last year that killed about 2,000 people and left 11 million homeless. (Fayaz Aziz/Reuters)