Hurricane Irene wound up by most estimates as one of the top ten most destructive and deadly hurricanes to hit the United States since 1980. While ultimately not as powerful as many had predicted, the storm still killed at least 27 people along its path from the Caribbean to the eastern seaboard. Transportation was shut down all along the east coast, stranding residents and tourists in shelters, airports, and train stations. More than 5.8 million customers lost electricity, thousands of flights were cancelled, flooding washed out roads and destroyed homes, and evacuation orders were issued for hundreds of thousands. Gathered here are pictures from the Hurricane's path. -- Lane Turner (44 photos total) 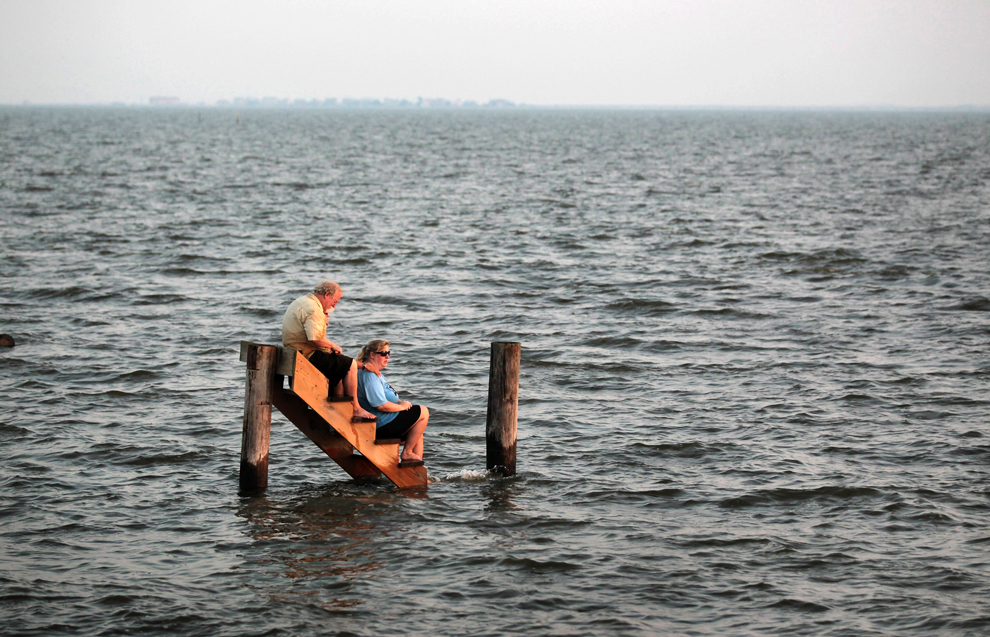 Billy Stinson comforts his daughter Erin Stinson as they sit on the steps where their cottage once stood on August 28, 2011 in Nags Head, N.C. The cottage, built in 1903 and destroyed by Hurricane Irene, was one of the first vacation cottages built on Albemarle Sound in Nags Head. Stinson has owned the home, which is listed in the National Register of Historic Places, since 1963. "We were pretending, just for a moment, that the cottage was still behind us and we were just sitting there watching the sunset," said Erin afterward. (Scott Olson/Getty Images)