Horn of Africa: on the brink of a humanitarian crisis

One of the worst droughts in a century, compounded by high food prices and unremitting political strife, is spawning an immense humanitarian crisis on the Horn of Africa. Thousands of Somalis are fleeing their homeland each week; most of those who survive the brutal journey end up in refugee camps in neighboring Kenya. Aid agencies are calling it the worst drought in 60 years. Although centered on Somalia, which lacks a functioning government and suffers from constant battles with Islamic rebels, the crisis has also affected people in Djibouti, Ethiopia, Kenya, and Uganda. Reports suggest parts of Somalia may already be on the verge of famine, a repeat of the emergency situation two decades ago. Resources are woefully inadequate. "Desperate hunger is looming across the Horn of Africa and threatening the lives of millions who are struggling to survive in the face of rising food prices and conflict," World Food Programme executive director Josette Sheeran said in a release. â Paula Nelson (47 photos total) 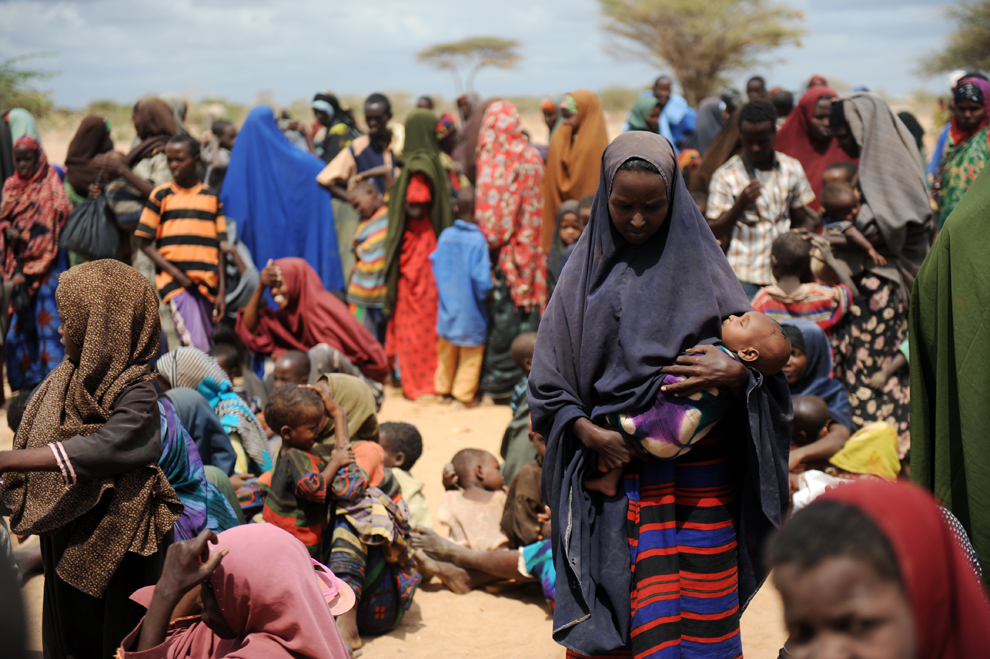 With a population of 370,000, Dadaab is the world's largest refugee camp. With drought conditions in the Horn of Africa combined with poor food distribution. The Kenyan camp is expected to house 450,000 refugees by the end of the year, according to Doctors Without Borders. The camp was built to accommodate 90,000. (Roberto Schmidt/AFP/Getty Images)