A vast wildfire, measuring half the size of the state of Rhode Island and described as the second worst fire in Arizona history, continues to surge across eastern Arizona. The fire has jumped past firefighter's containment lines to reach the edges of residential areas, prompting more evacuation orders. Winds carrying burning embers continue to ignite smaller fires, causing new concerns about the prospect of extinguishing the 13-day-old fire. The Wallow Fire has destroyed approximately 337,000 acres and threatens main electrical lines that supply power as far away as west Texas. Thousands have evacuated. Paula Nelson (35 photos total) 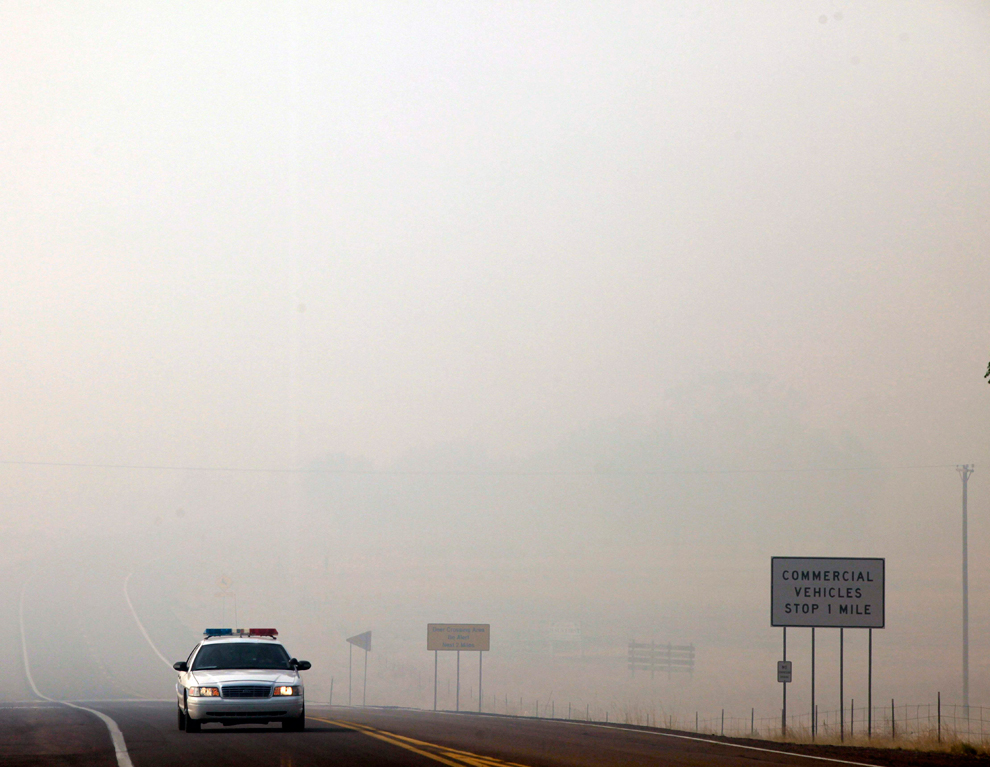 Smoke from the Wallow Fire covers highway 60 in Springerville, Arizona. Several mountain communities have emptied in advance of the fire, and a utility that supplies power to customers in southern New Mexico and west Texas issued warnings of possible power interruptions due to the fire's spread, June 9, 2011. (Marcio Jose Sanchez/Associated Press)