Cuba looks back - and forward

Cuba this week concluded two events, one looking back, and one - ostensibly - looking forward. The 50-year anniversary of the Bay of Pigs invasion was observed with parades and speeches. Victory in the three-day war against a covert US operation to overthrow Fidel Castro, the then-new leader of revolutionary Cuba, is celebrated every year. But 50 years on, a stagnant economy and calls for political reform from a younger generation were an undercurrent during the first party congress in 14 years. What real change will come, and when, remains to be seen. Collected here are some archival images, scenes from the congress and political process, and daily life on the island. -- Lane Turner (31 photos total)

Cuban soldiers march during a military parade in Havana's Revolution Square April 16. Cuba readied for a Communist Party congress about its future with a tribute to the past, staging a military parade for the 50th anniversaries of the U.S.-backed Bay of Pigs invasion. (Desmond Boylan/Reuters) 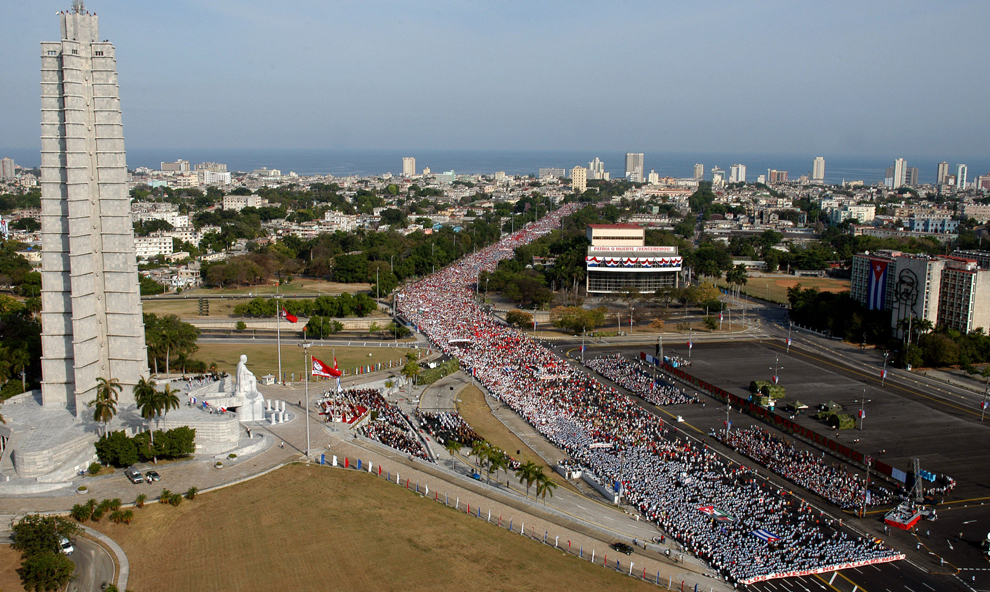 2
Cuban military and civilians parade on the 50th anniversary of the Bay of Pigs invasion along the Plaza de la Revolucion in Havana April 16. (Miguel Guzman/Prensa Latina/AP) # 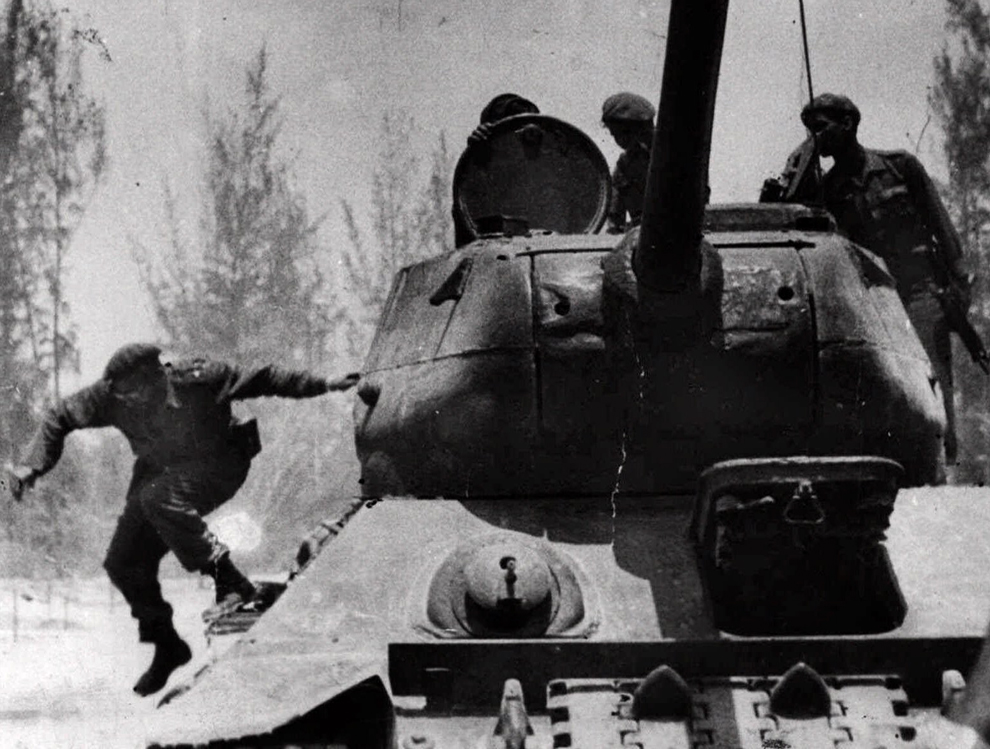 3
In this April 1961 file photo, Cuba's leader Fidel Castro jumps from a tank as he arrives at Giron, Cuba, near the Bay Of Pigs. On April 17-19, 1961, the beach was the stage for one of the most memorable chapters in the struggle between Washington and Havana: the invasion of Cuba by a CIA-trained band of armed exiles. (Bohemia Magazine/AP) # 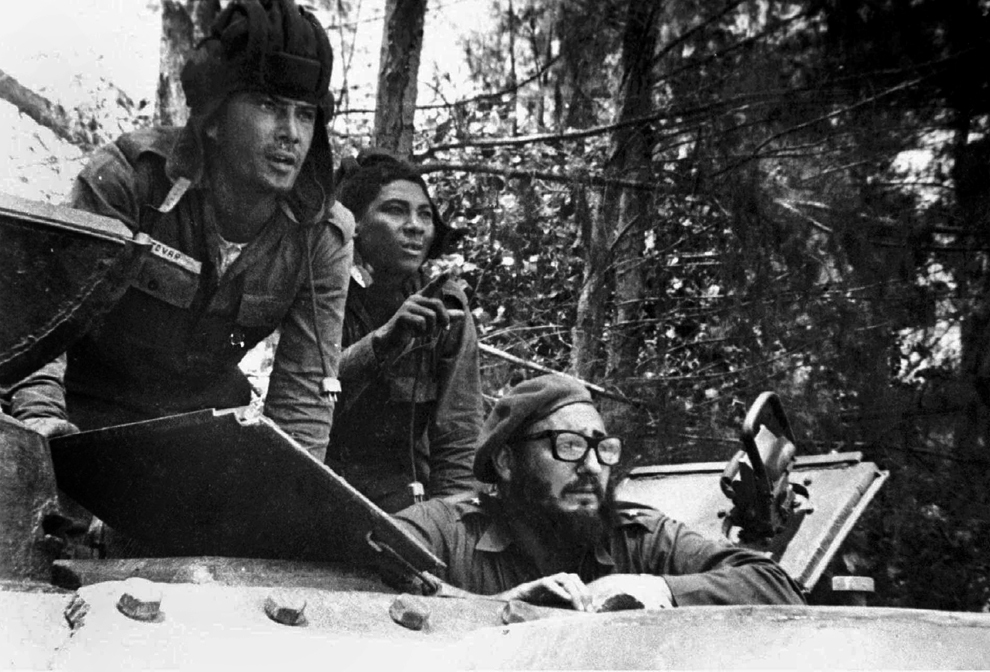 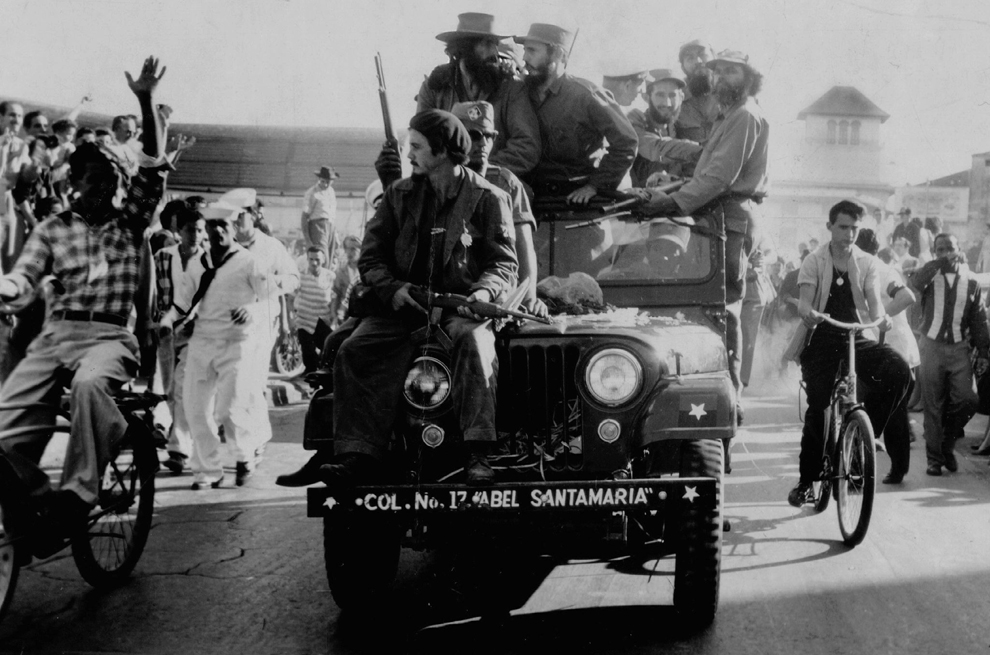 5
Cuban rebel leaders Fidel Castro (center) and Camilo Cienfuegos (left), are surrounded by the members of the leftist guerrilla movement atop a jeep January 8, 1959, as they enter Havana after the victory over the forces of Cuban dictator Fulgencio Batista. (AFP/Getty Images) # 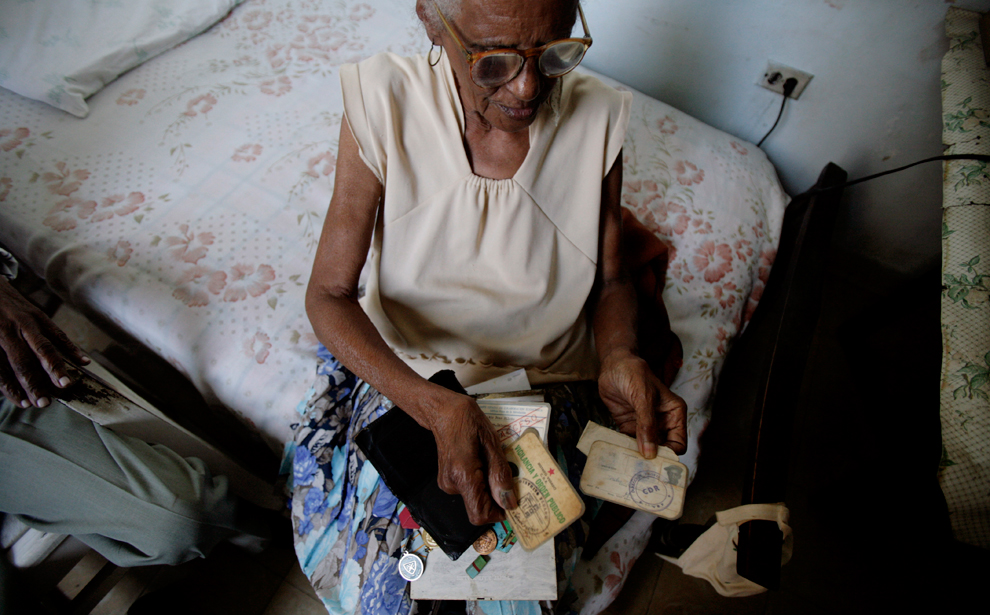 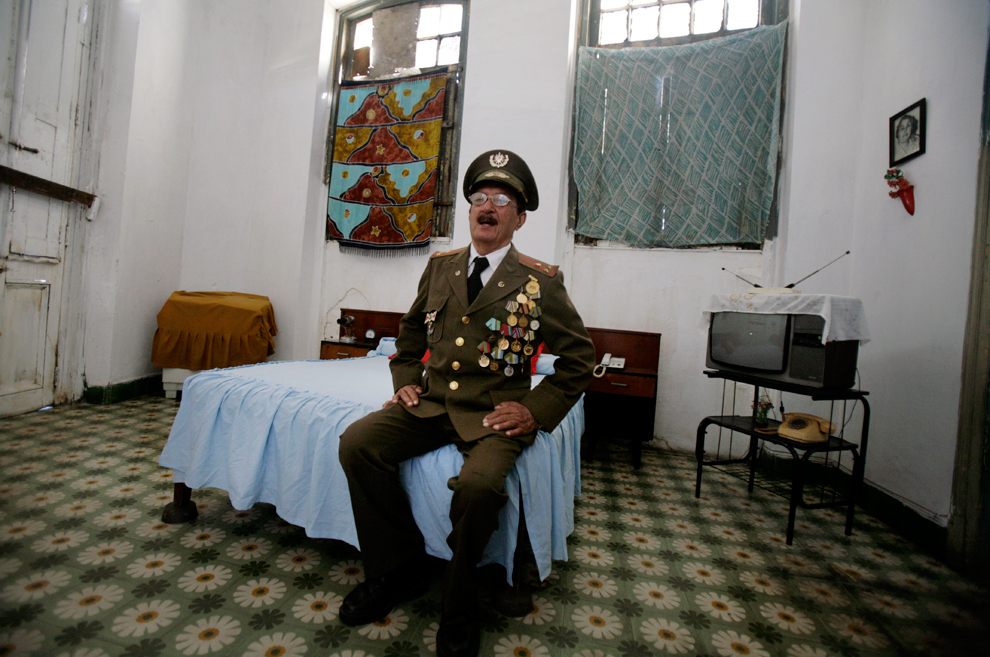 7
Rafael Soldevilla, 74, a Bay of Pigs veteran, poses for a photograph in his home in Havana, March 19. (Javier Galeano/AP) # 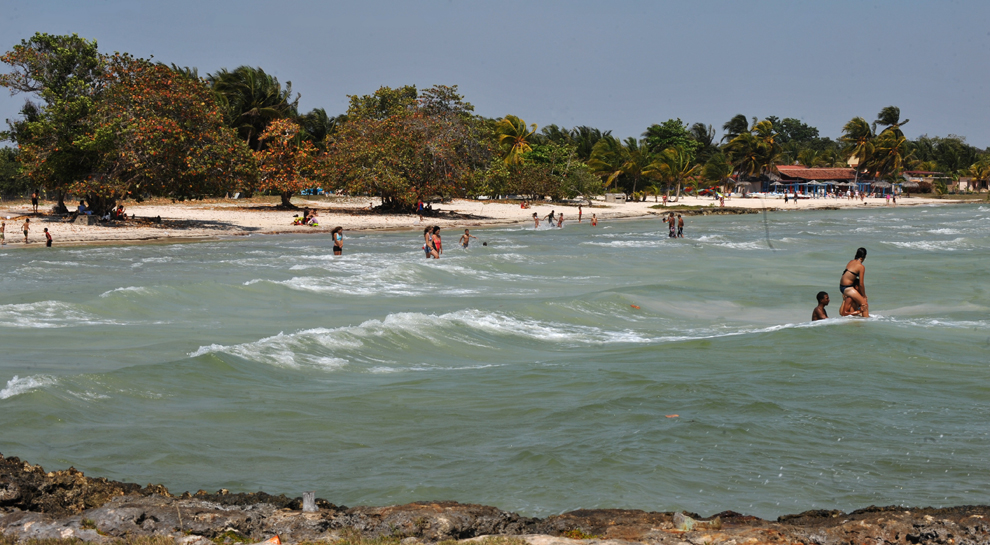 8
Cubans swim at Playa Larga beach, in the Bay of Pigs, Matanzas province, Cuba, on April 17. Playa Larga was one of the beaches where the invaders disembarked on April 1961. (Adalberto Roque/AFP/Getty Images) # 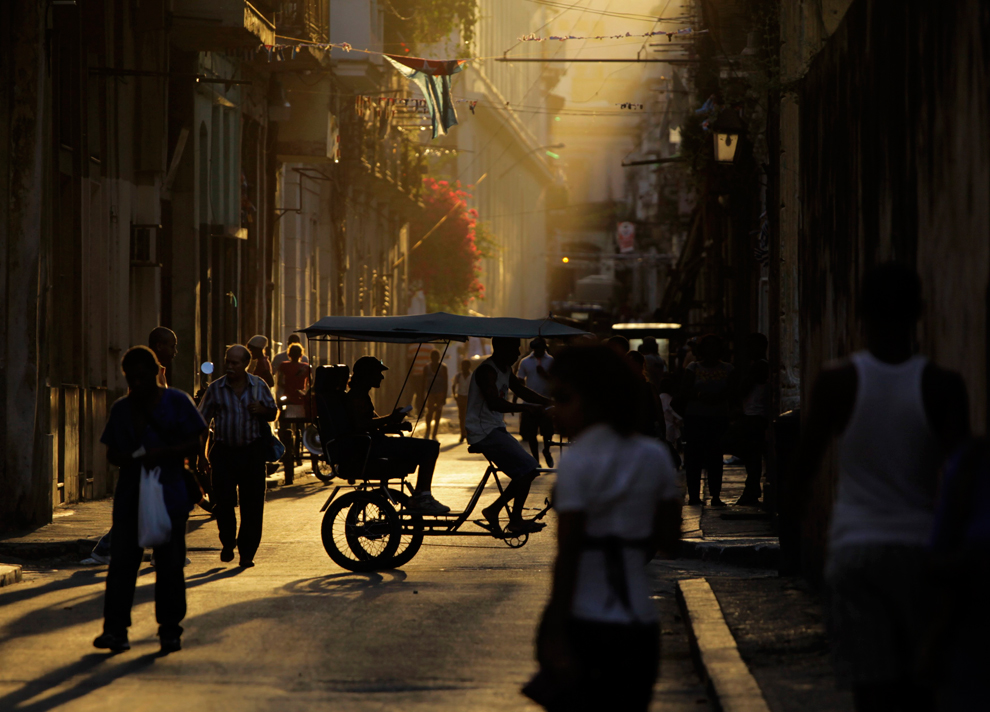 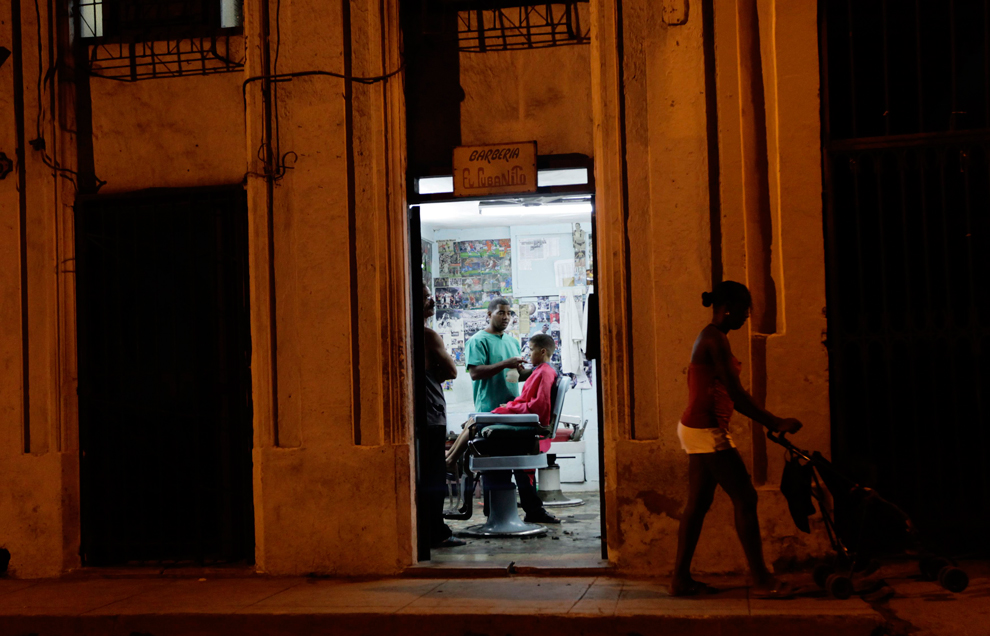 10
A boy gets a haircut at a privately licensed barber in Havana October 12, 2010. The government says many of those being laid off will be allowed to enter the private sector. (Desmond Boylan/Reuters) # 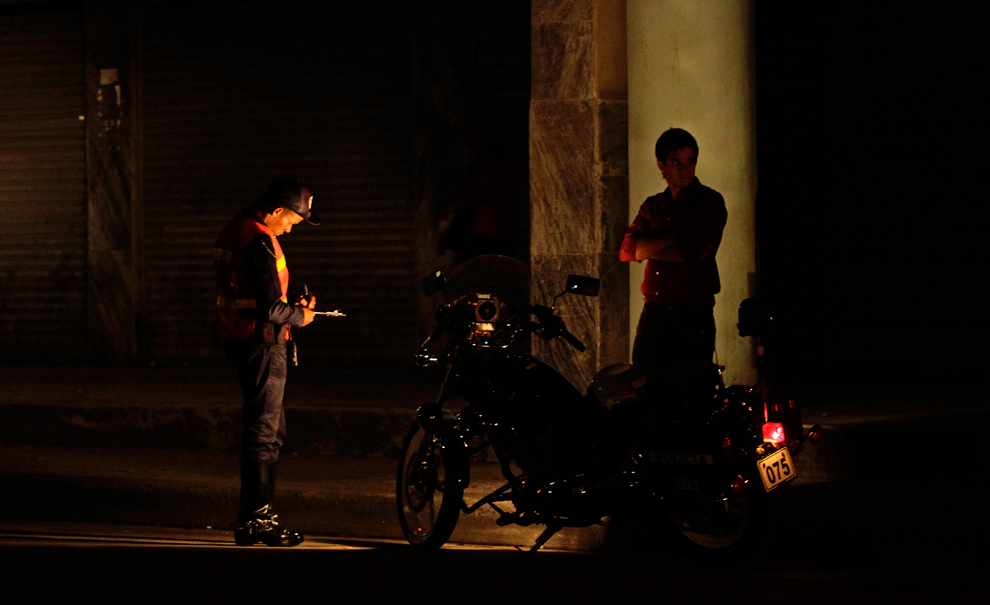 11
A motorist receives a traffic ticket from a police officer in Havana October 2, 2010. (Desmond Boylan/Reuters) # 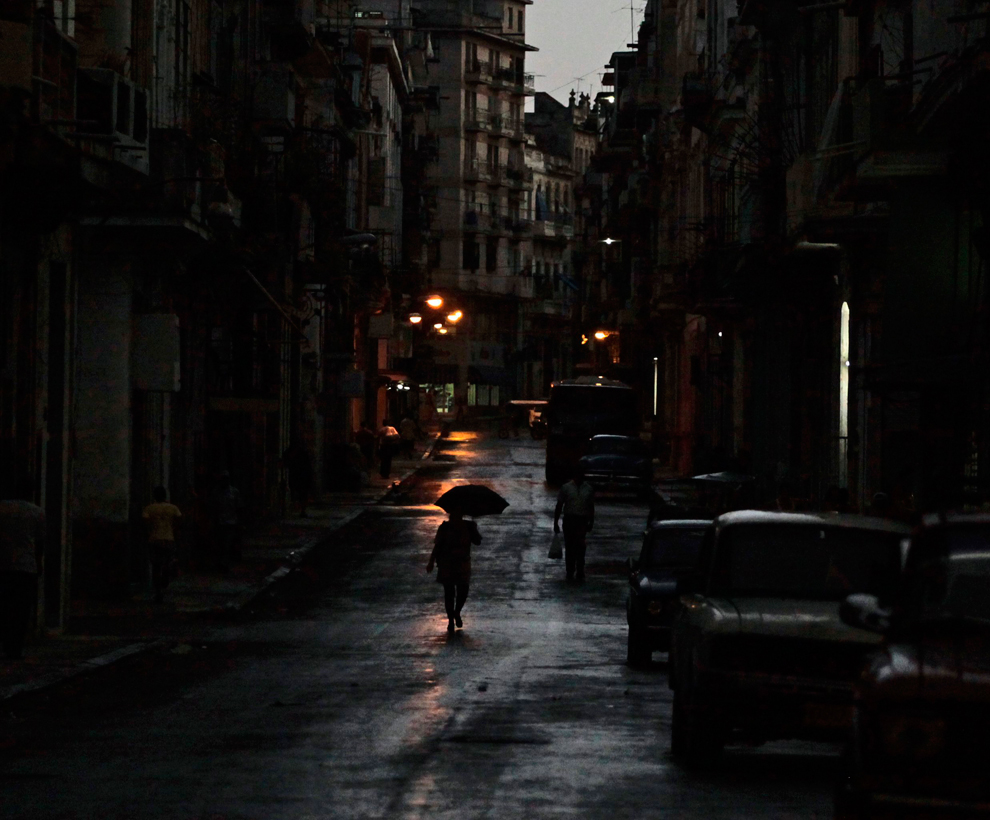 12
A person walks along a street in Havana October 26, 2010, the day the U.N. General Assembly voted overwhelmingly to urge the United States to lift a 48-year-old economic embargo against Cuba, a now-ritual call. The assembly passed a nonbinding resolution - with 187 votes in favor, two against and three abstentions - for the 19th consecutive year, reflecting the world's disapproval of Washington's long-standing effort to isolate Havana. (Desmond Boylan/Reuters) # 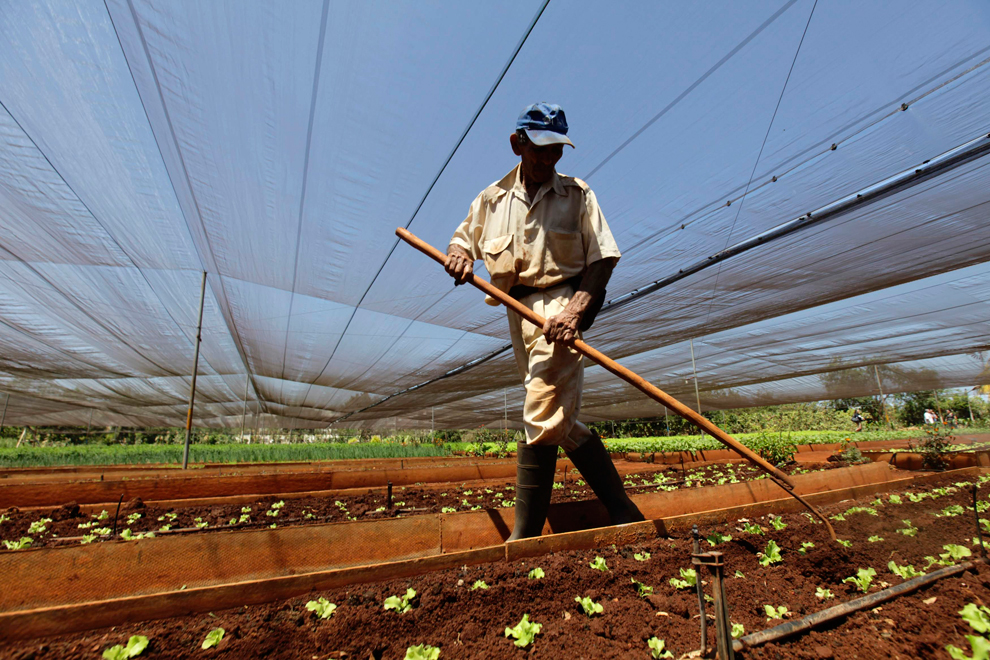 13
A worker prepares lettuce to grow at an urban cooperative farm on the outskirts of Havana March 24. Cuba has begun granting micro credits to new farmers who have leased land from the state in a move expected to increase its lagging food production. (Desmond Boylan/Reuters) # 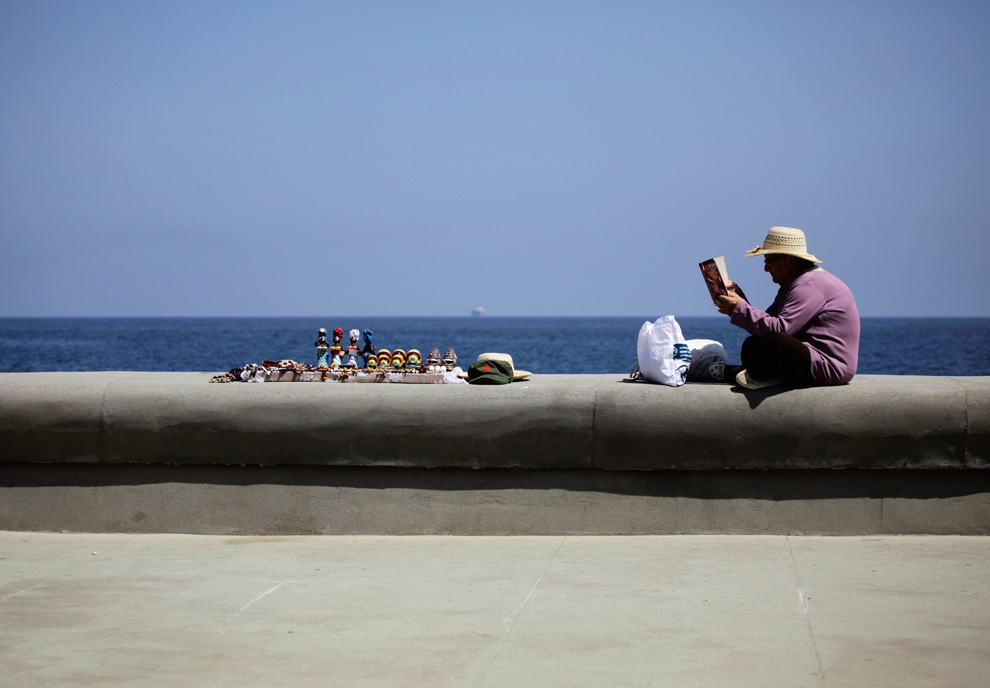 14
A woman with a private license to sell souvenirs reads a book as she waits for customers on Havana's seafront boulevard "El Malecon" April 12. (Desmond Boylan/Reuters) # 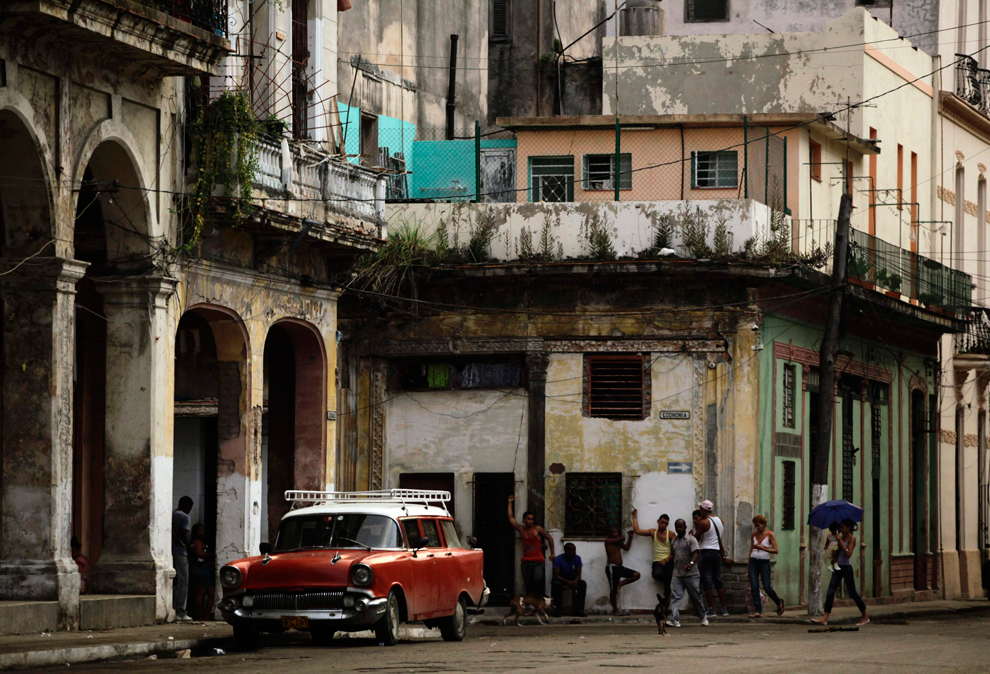 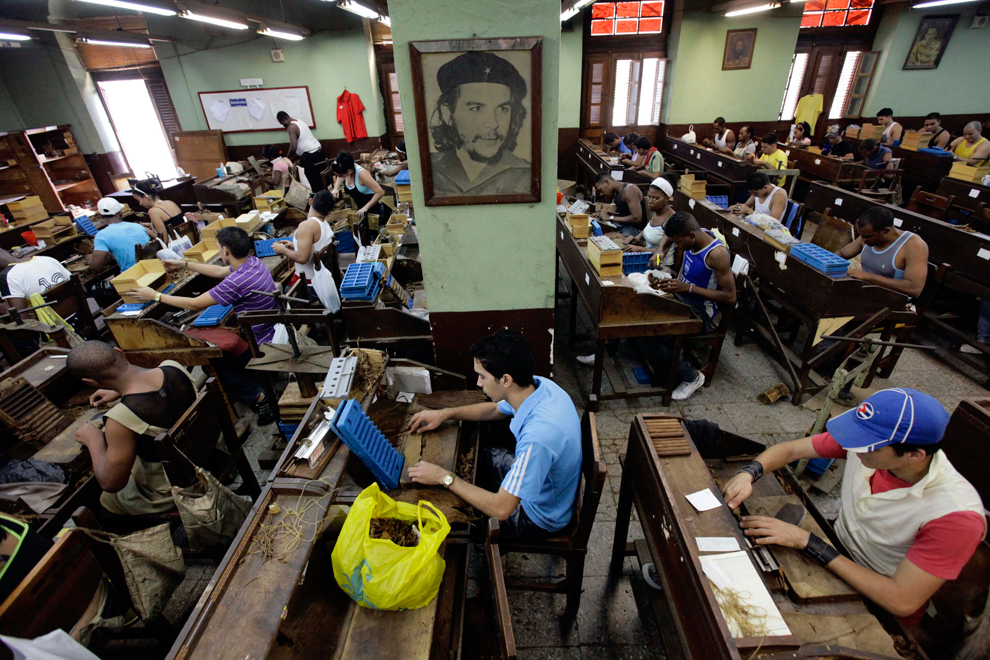 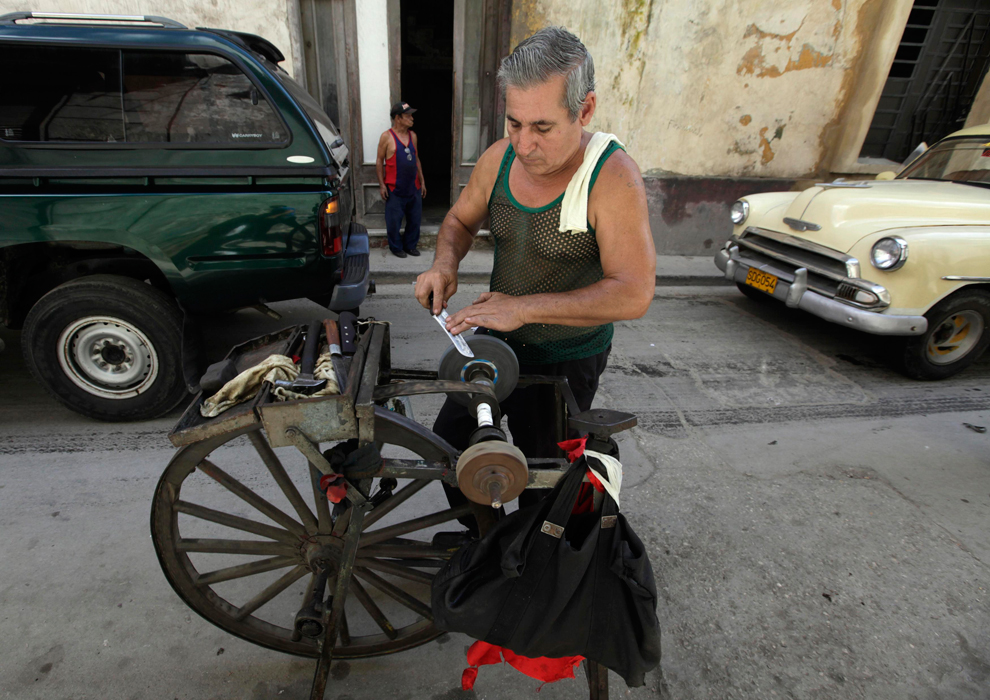 17
A man sharpens a knife on a street in Havana September 22, 2010. Cuba's decision to transition 500,000 state workers to the private sector will triple the number of the self-employed and is expected to accelerate cash flows from Cubans living abroad. (Enrique De La Osa/Reuters) # 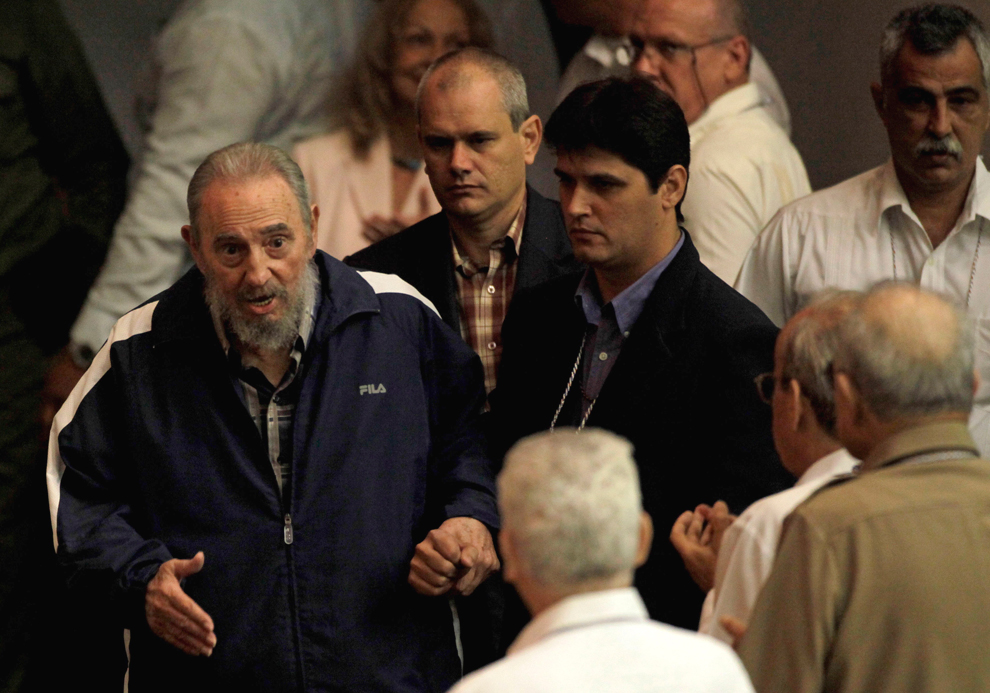 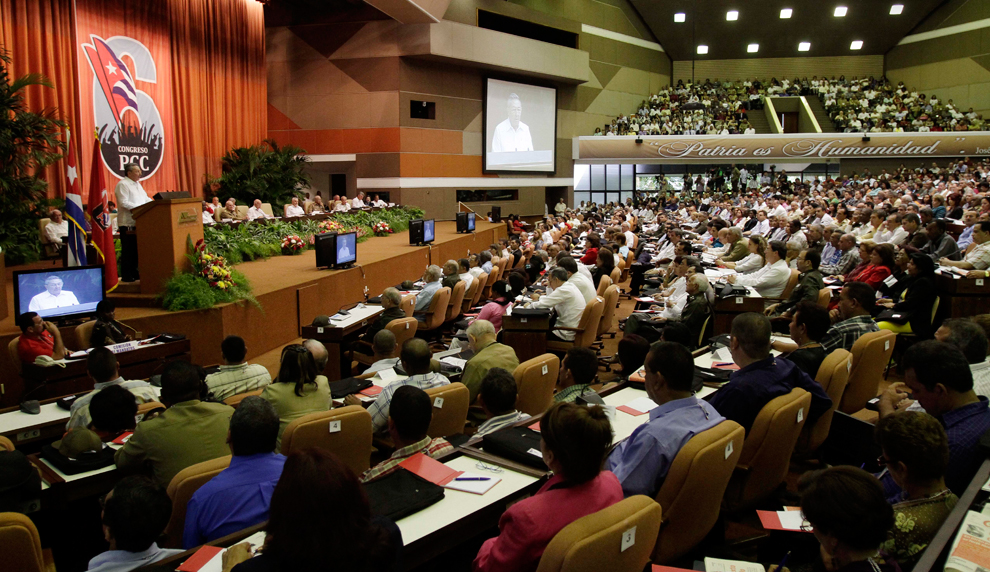 19
Cuba's President Raul Castro (left) delivers a speech during the 6th Congress of the Cuban Communist Party in Havana April 16. Castro proposed term limits for Cuban politicians, a remarkable gesture on an island ruled for 52 years by him and his brother, Fidel, but one unlikely to have a major effect on his own future. (Javier Galeano/AP) # 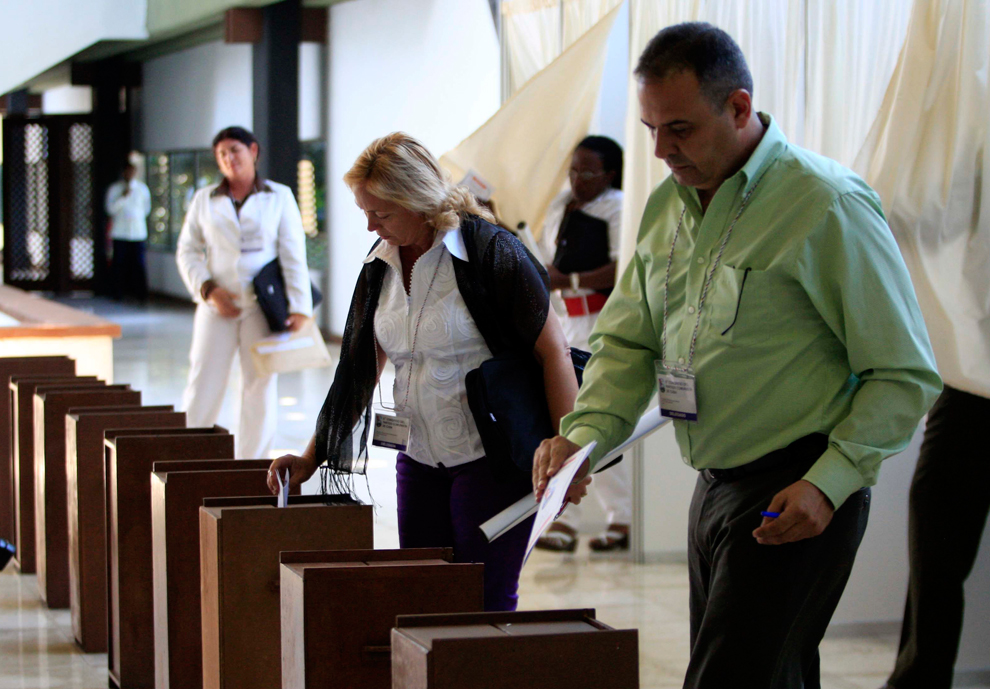 20
Cuba's Communist Party delegates cast their votes to elect the new Central Committee of the party during a 6th Congress of the Cuban Communist Party session in Havana, April 18. (Ismael Francisco/Prensa Latina/AP) # 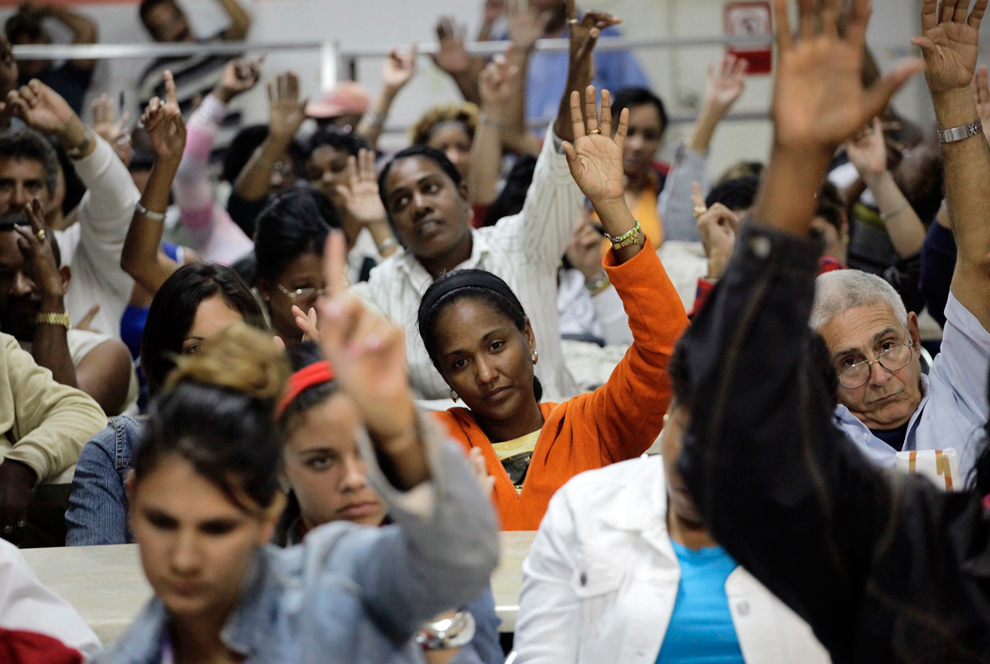 21
Employees at the state-owned tobacco company H. Upmann vote during a debate on new guidelines for the Cuban economy, in Havana December 6, 2010. (Desmond Boylan/Reuters) # 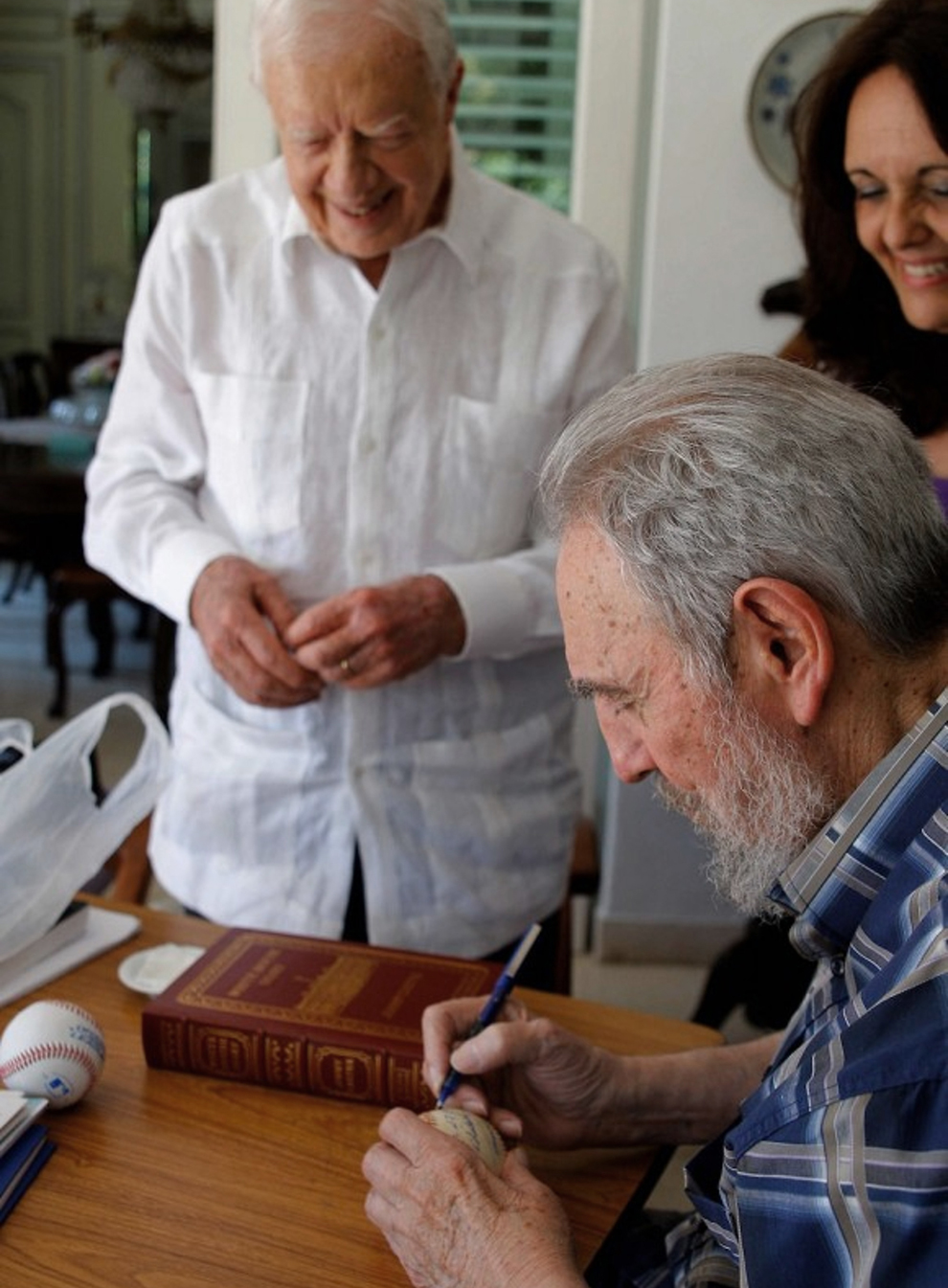 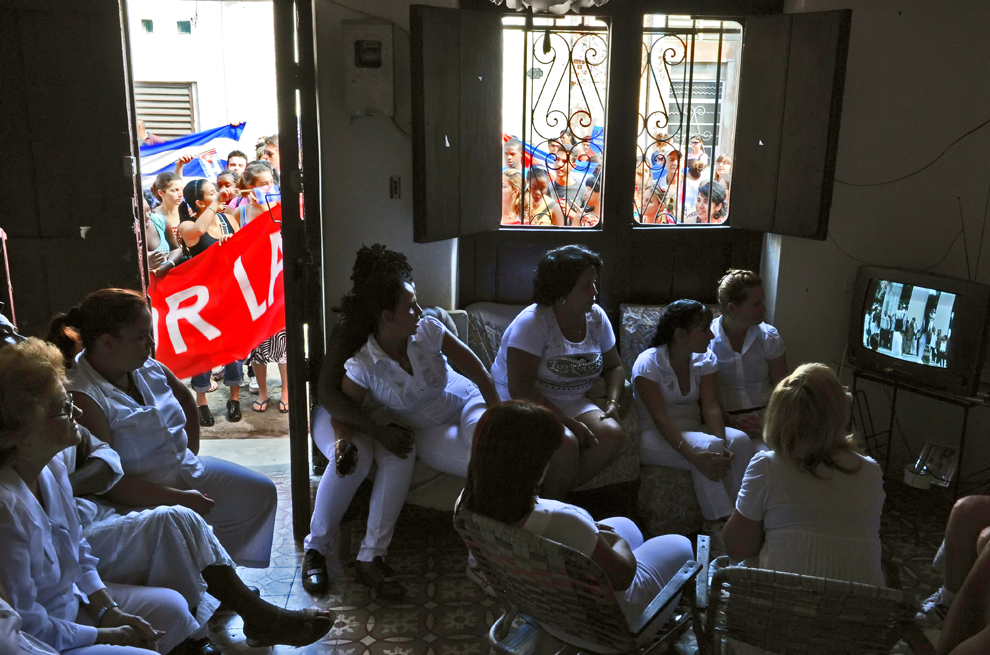 23
Members of the Ladies in White, a Cuban dissident organization, watch videos of opposition meetings, on March 18 in Havana. More than twenty women activists met to commemorate the eighth anniversary of the "Primavera Negra" (Black Spring), when 75 Cuban dissidents were jailed. (Adalberto Roque/AFP/Getty Images) # 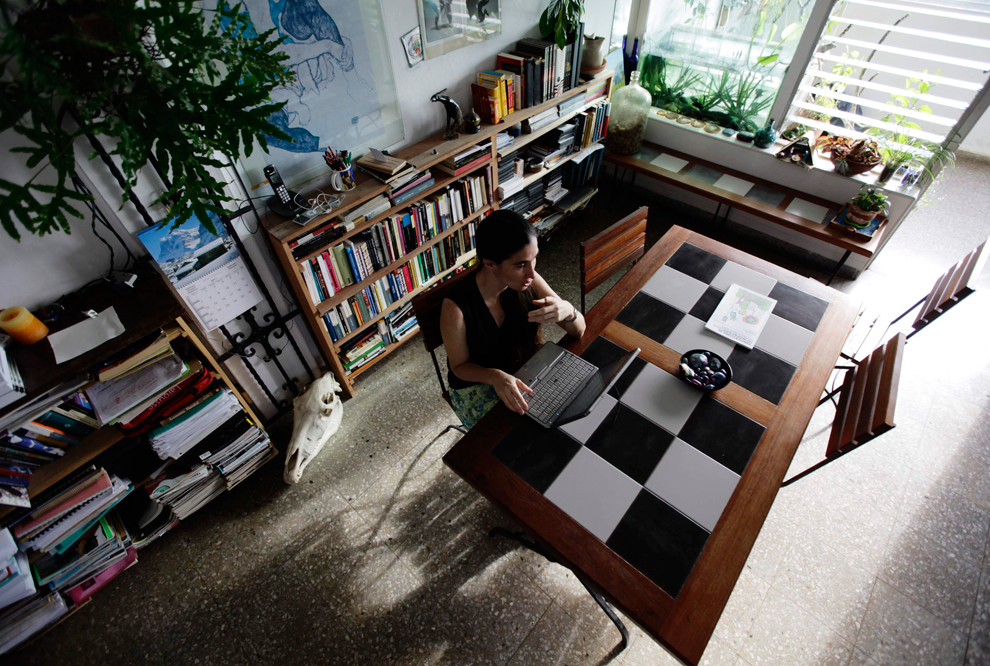 24
Cuban dissident blogger Yoani Sanchez works on her laptop at her home in Havana February 9. Sanchez said the Cuban government apparently has unblocked access to her blog, which had been off-limits on the island's Internet since 2008. (Desmond Boylan/Reuters) # 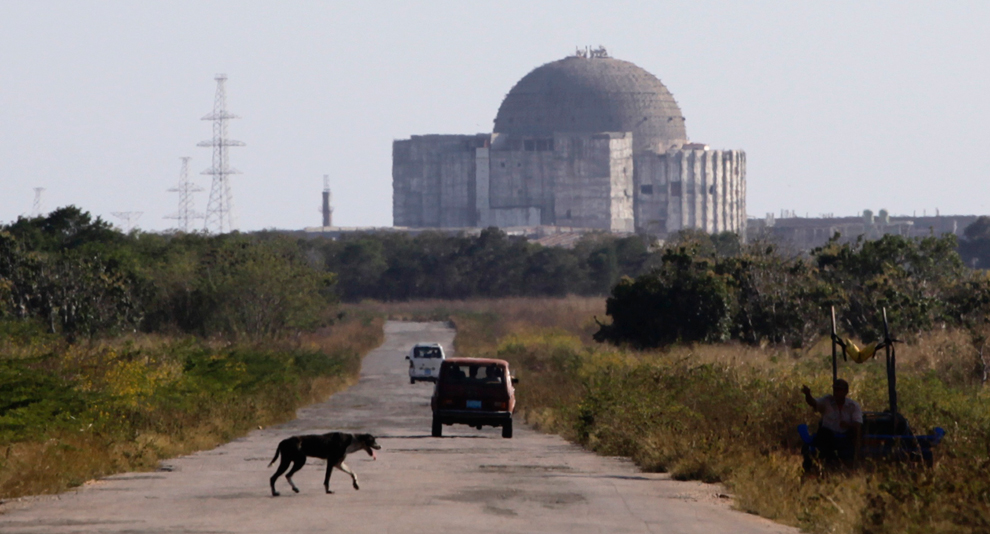 25
The Soviet-era Juragua nuclear plant, 208 miles southeast of Havana, sits abandoned January 20. Cuba's nuclear power project started in 1983 and stalled in 1991 with the collapse of the Soviet Union. (Desmond Boylan/Reuters) # 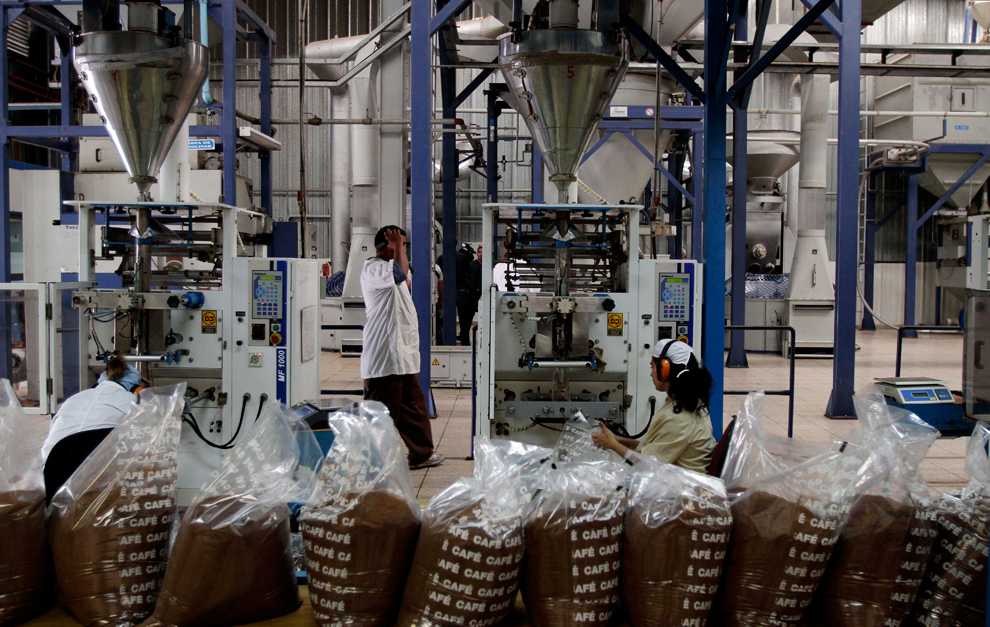 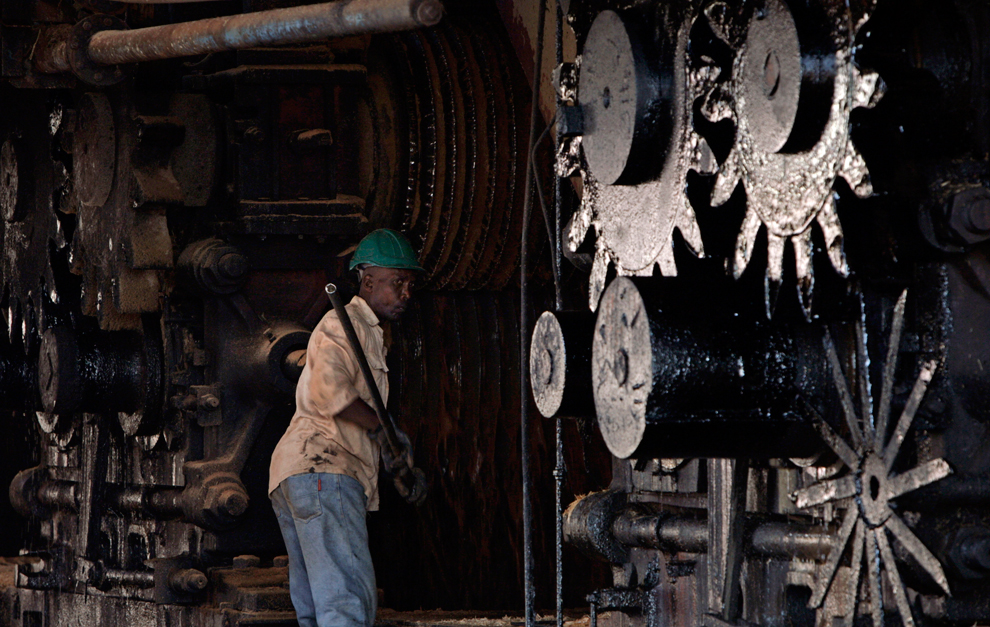 27
A worker operates a machine at the sugar agroindustrial complex âJesÃºs RabÃ­â in Calimeto, Cuba, April 6. Cuban officials said the 2011 sugar production will be similar to or slightly higher than last year, described at the time as the worst in more than a century. (Javier Galeano/AP) # 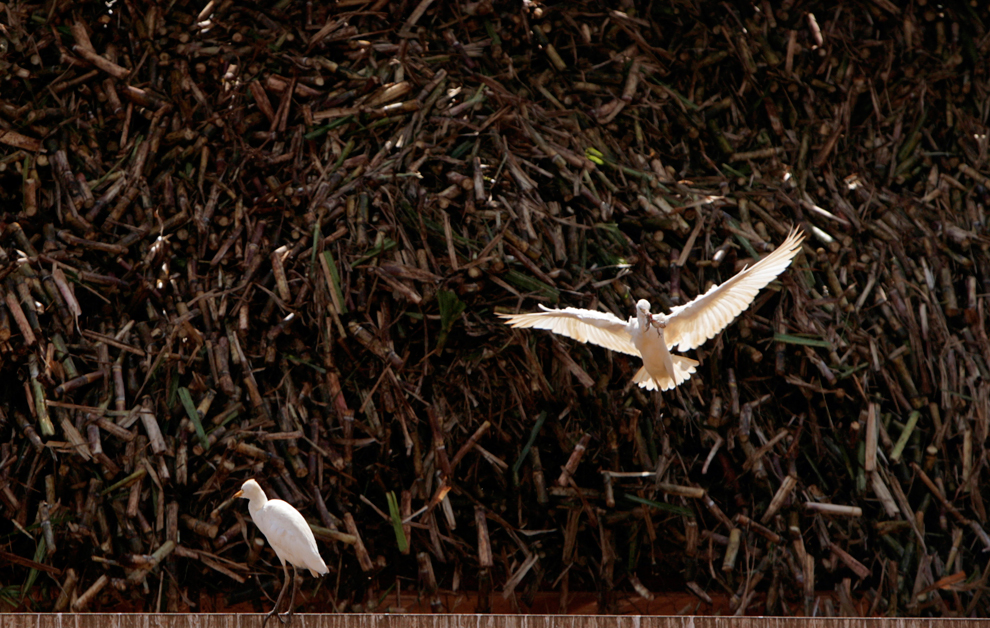 28
A bird takes wing after catching a frog from a pile of sugar cane at the âJesÃºs RabÃ­â sugar complex in Calimeto, Cuba April 6. (Javier Galeano/AP) # 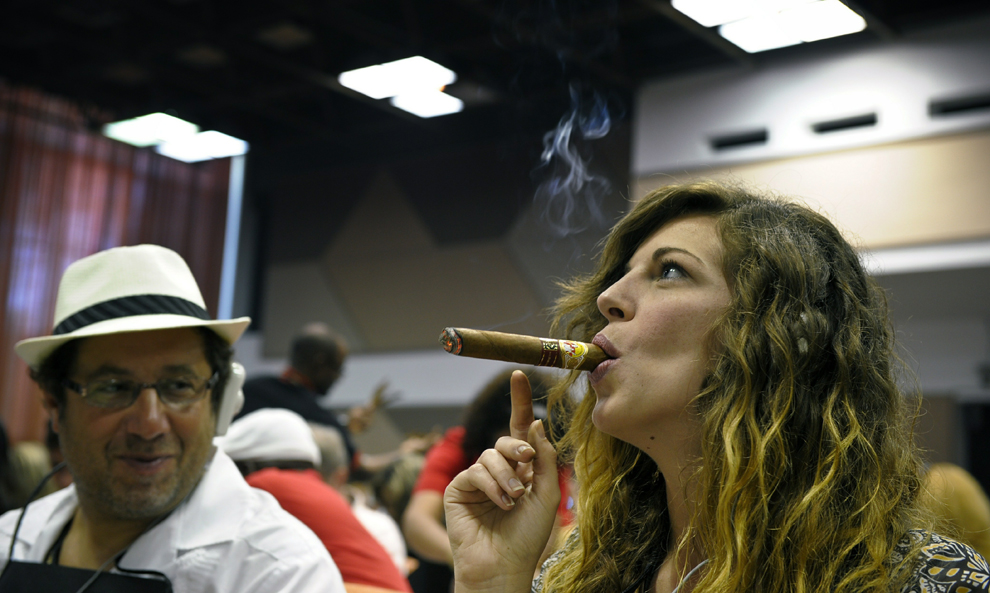 29
A delegate to the XIII Cigar Festival smokes a cigar on February 23 in Havana. (Adalberto Roque/AFP/Getty Images) # 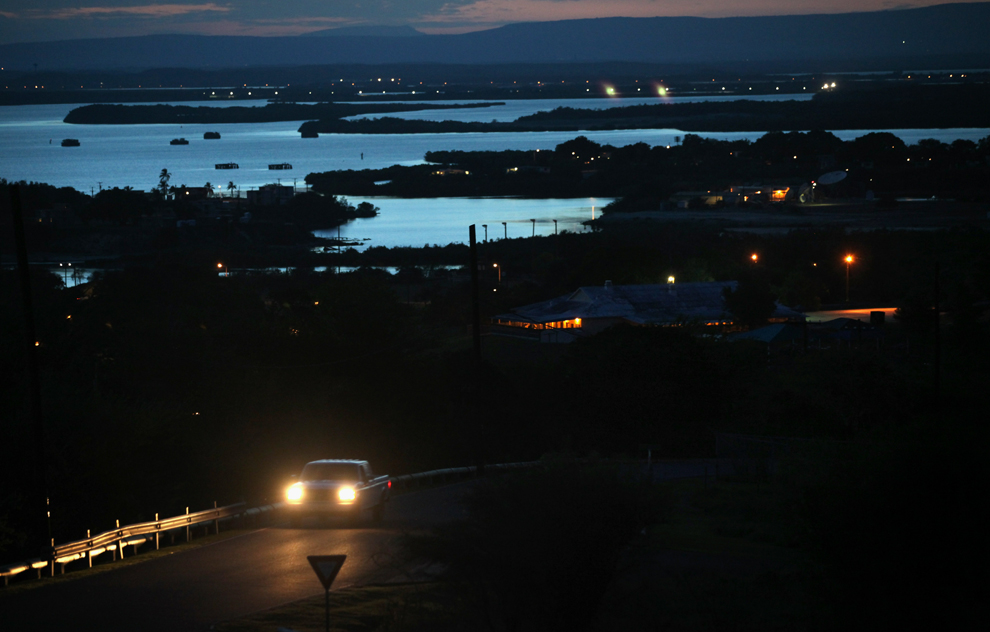 30
A car drives through the hills overlooking Guantanamo Bay near the U.S. detention center for "enemy combatants" on September 15, 2010 in Guantanamo Bay, Cuba. (John Moore/Getty Images) # 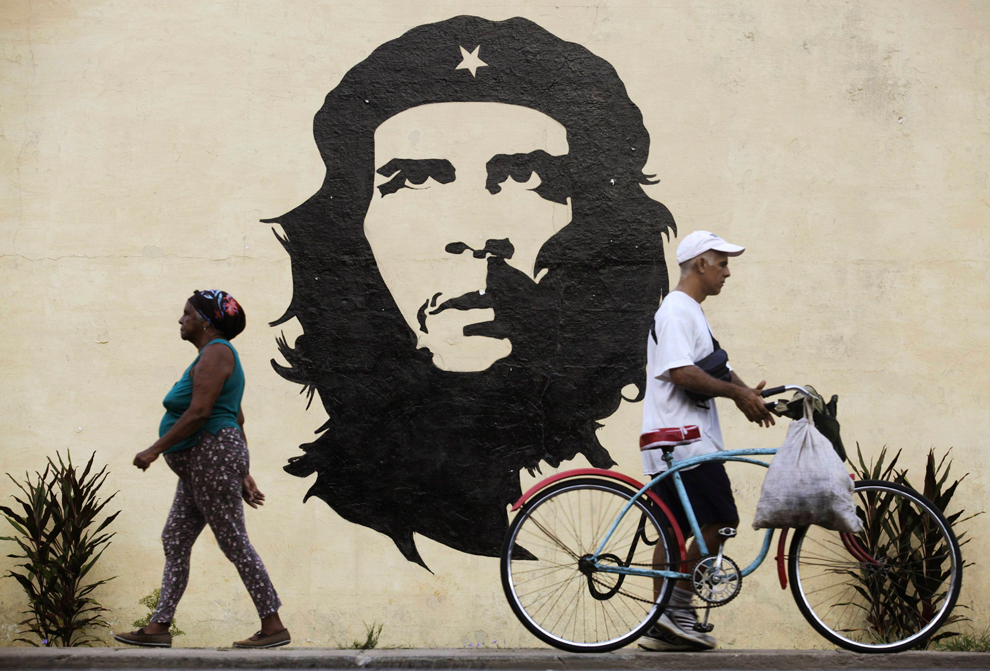 31
People walk in front of a mural with the image of revolutionary leader Che Guevara in San Jose de las Lajas, on the outskirts of Havana September 22, 2010. (Enrique De La Osa/Reuters) #