As we find ourselves in December once more, I'd like to present the third annual Hubble Space Telescope imagery Advent Calendar for 2010. Keep checking this page - every day, for the next 25 days, a new photo will be revealed here from the Hubble Space Telescope, some old and some new. This year there is also a temporary RSS feed for the calendar. I continue to feel very fortunate to have been able to share photographs and stories with you all this year, and I wish for a Happy Holiday season to all those who will celebrate, and for Peace on Earth to everyone. - Alan (25 photos total - eventually) [previously: 2008, 2009] 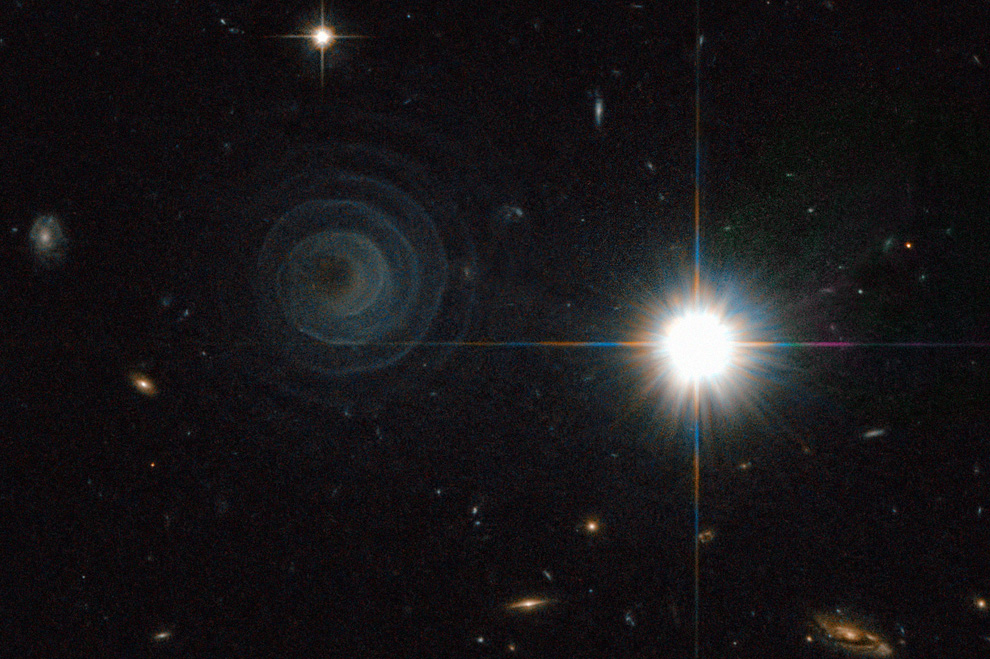 This remarkable picture from the Advanced Camera for Surveys on the NASA/ESA Hubble Space Telescope shows one of the most perfect geometrical forms created in space. It captures the formation of an unusual pre-planetary nebula, known as IRAS 23166+1655, around the star LL Pegasi in the constellation of Pegasus. The image shows what appears to be a thin spiral pattern of astonishingly regularity winding around the star, which is itself hidden behind thick dust. The spiral pattern suggests a regular periodic origin for the nebula's shape. The material forming the spiral is moving outwards a speed of about 50 000 km/hour and, by combining this speed with the distance between layers, astronomers calculate that the shells are each separated by about 800 years. The spiral is thought to arise because LL Pegasi is a binary system, with the star that is losing material and a companion star orbiting each other. (ESA/NASA & R. Sahai) More