London from above, at night

With the end of the Olympics in Beijing, all eyes turned for a moment to London, site of the upcoming 2012 Summer Olympics. While looking for good photographs of London, I was contacted by London photographer Jason Hawkes, who had some wonderful images of London, seen from above at night (from a helicopter, to be exact) - some of which which he's agreed to let me share here. From Jason: "Shooting aerial photography during the daytime had its own difficulties, you are strapped tightly into a harness leaning out of the helicopter, shouting directions through the headsets to the pilot. If shooting in the day can be difficult, night and the lack of light causes its own set of problems, but overcoming them is half the fun and the results can be stunning. I shoot at night using the very latest digital cameras, mounted on either one or two gyro stablazied mounts, depending on the format of the camera and length of lens I'm having to use." (19 photos total) 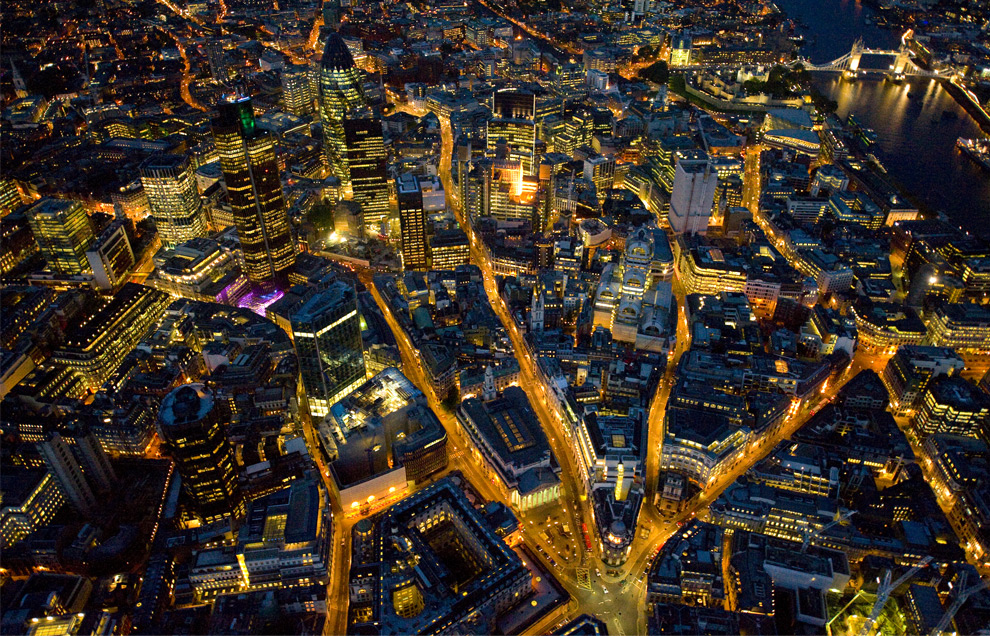 The city of London, at night, featuring the financial district, NatWest Tower, and the River Thames. (© Jason Hawkes) 2
Big Ben, above the Houses of Parliament. (© Jason Hawkes) # 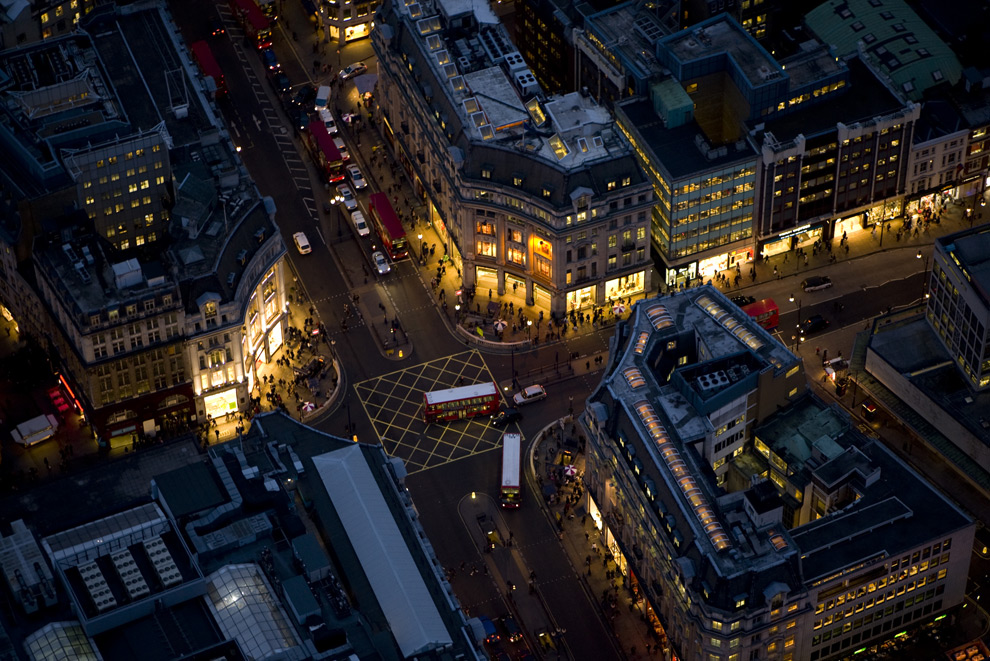 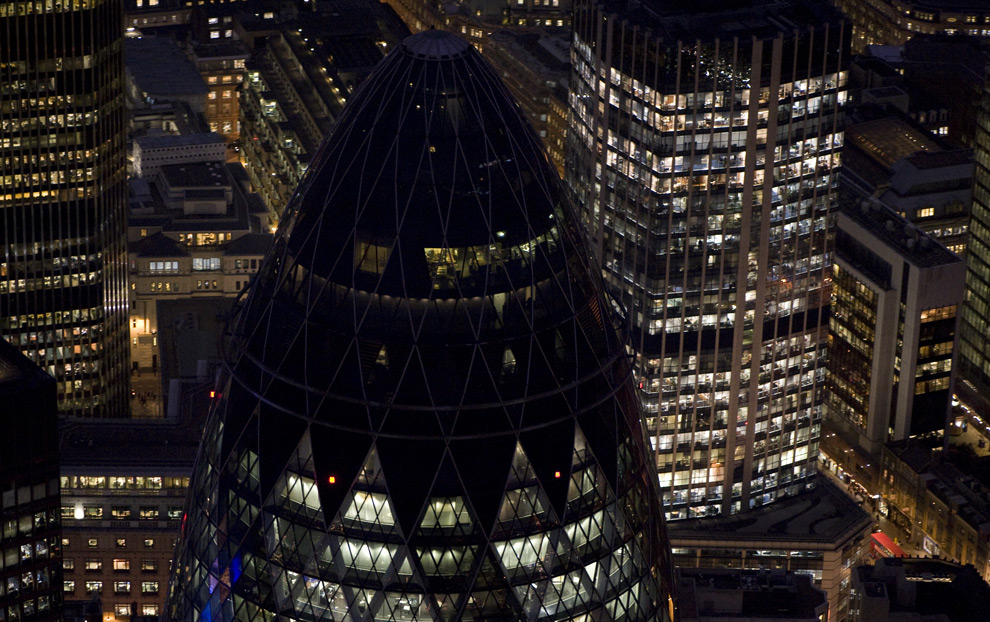 4
The financial district, featuring the tip of 30 St. Mary's Axe, known by the nickname "The Gherkin". (© Jason Hawkes) # 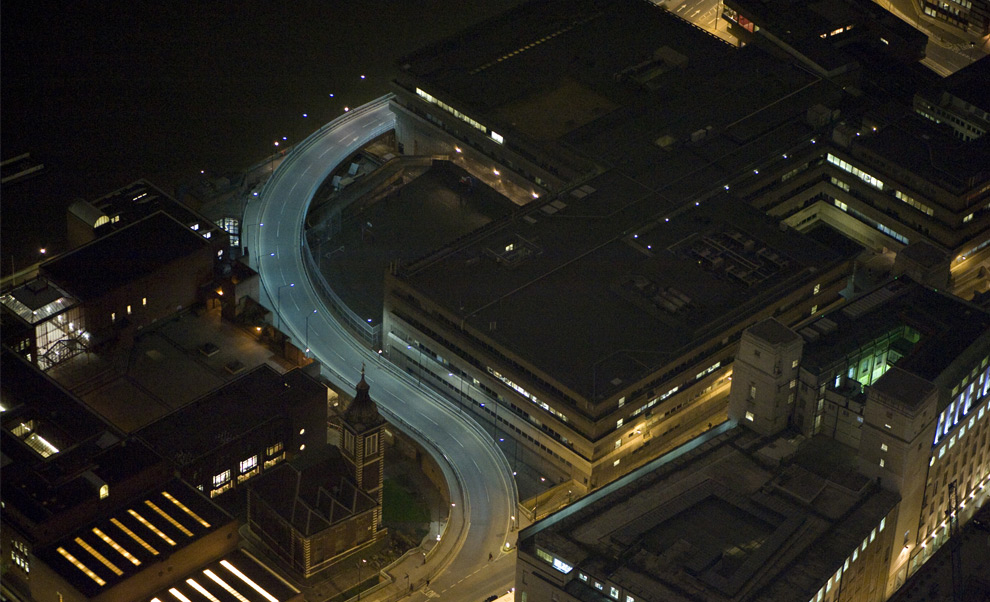 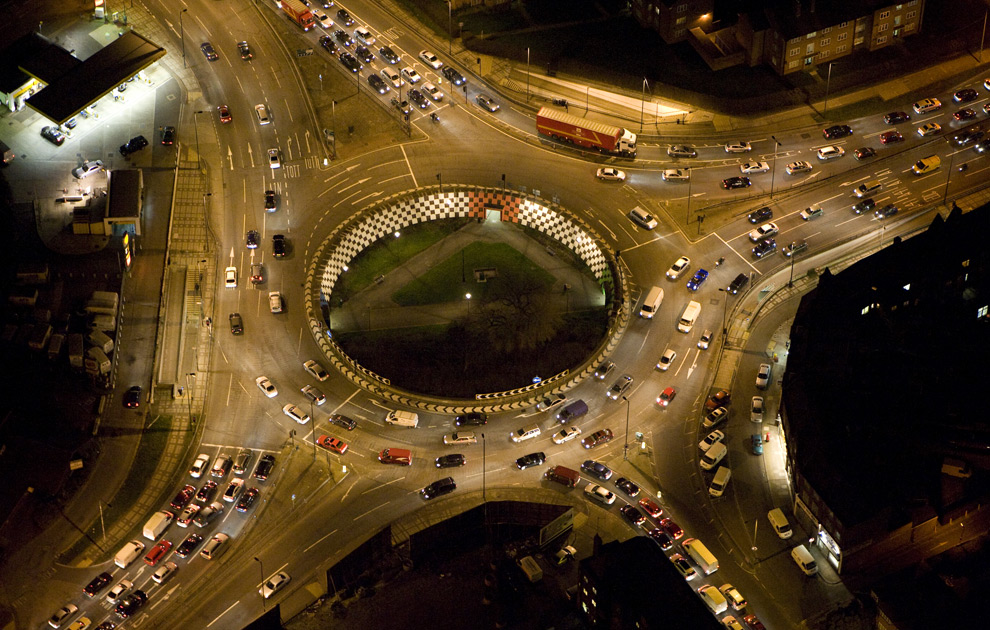 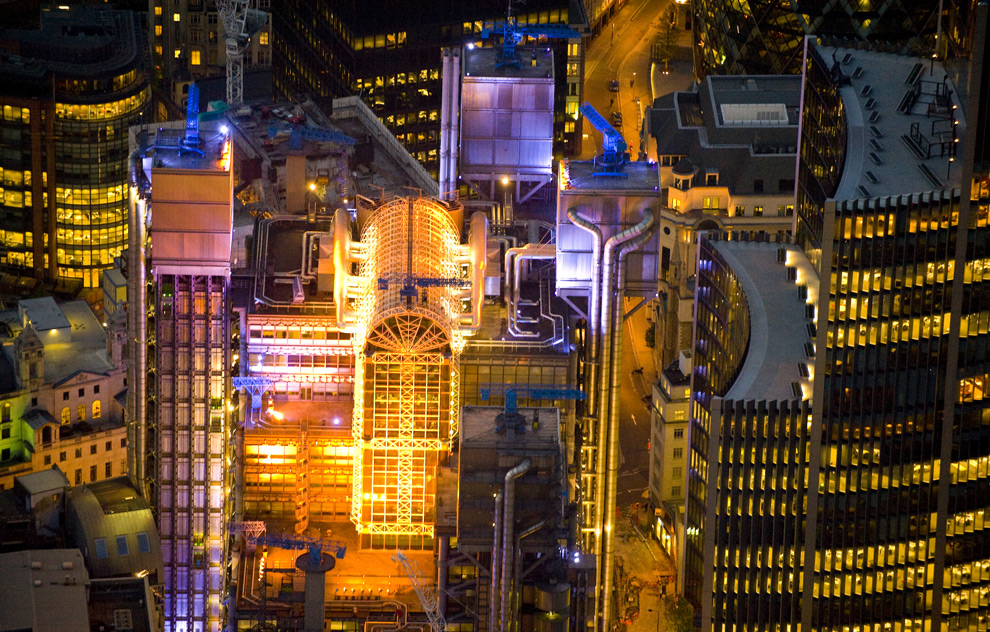 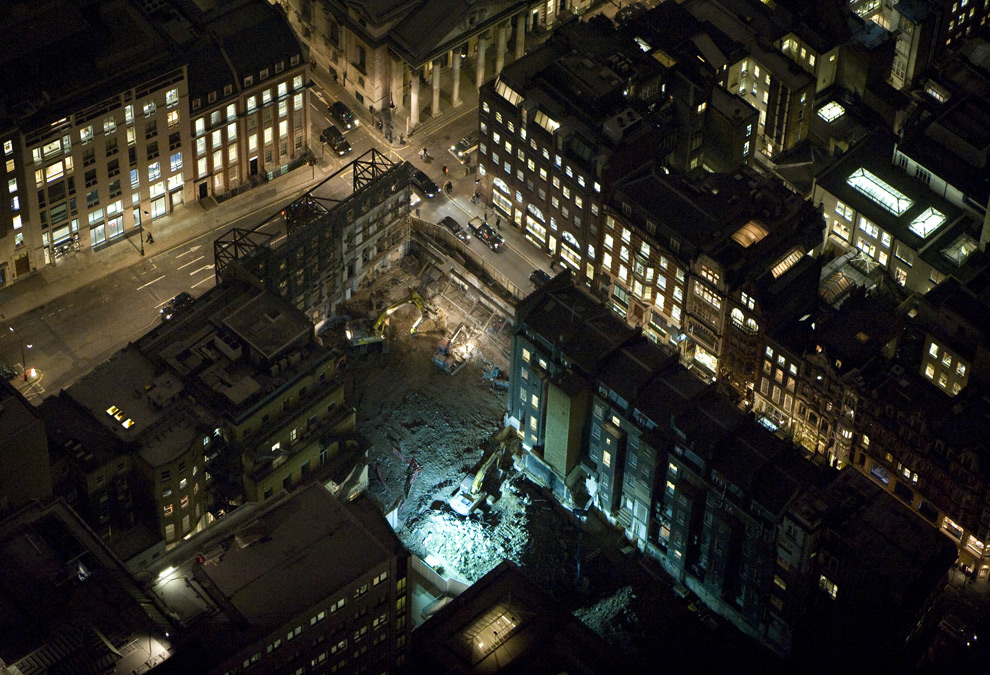 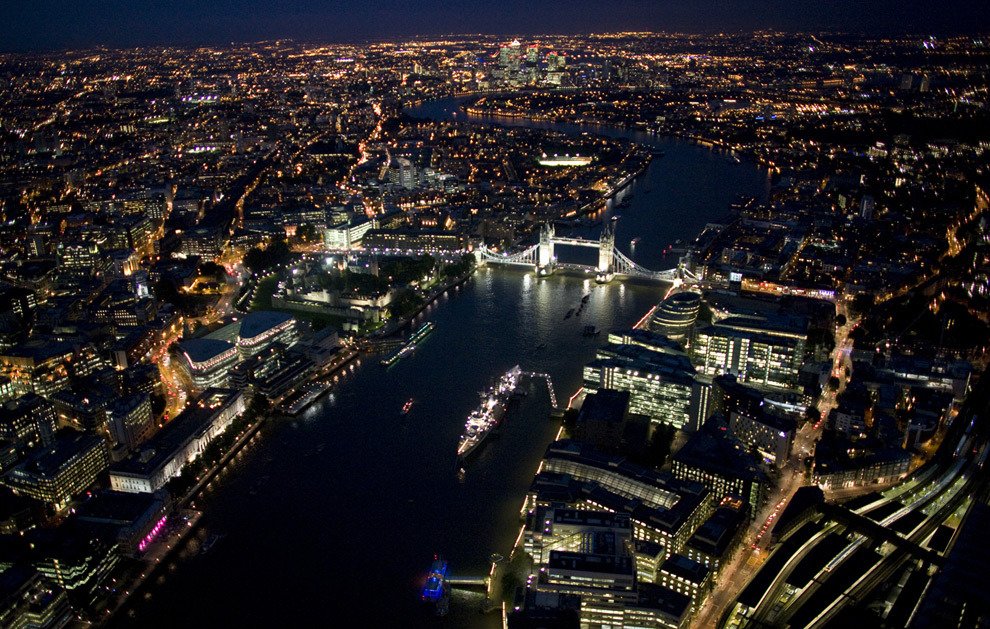 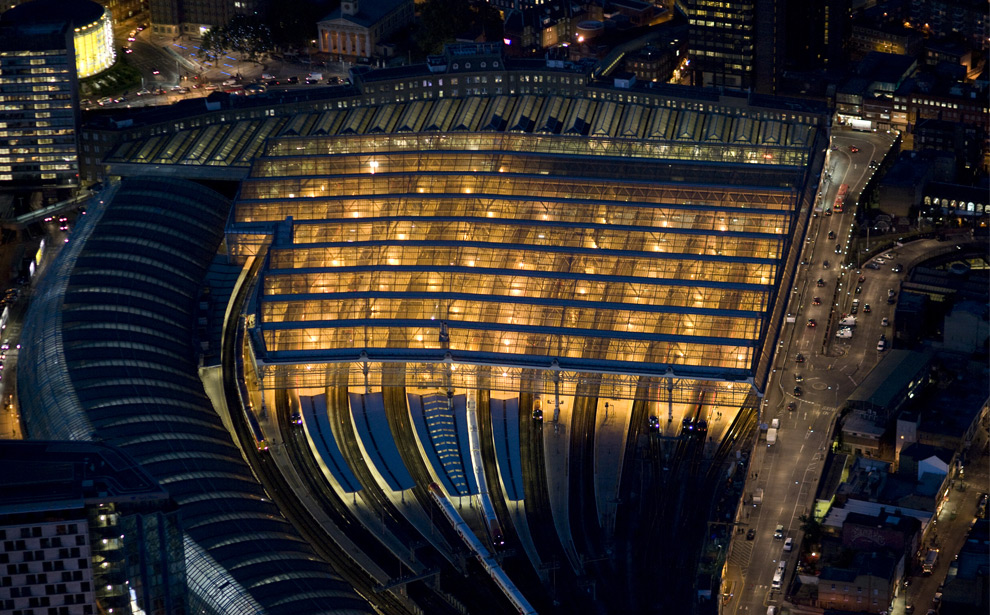 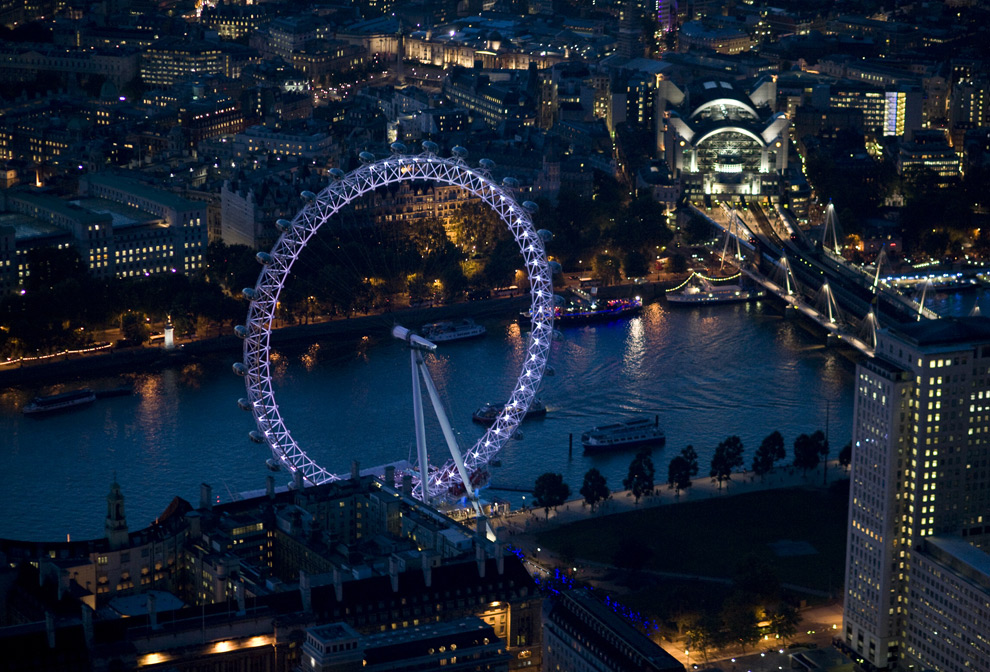 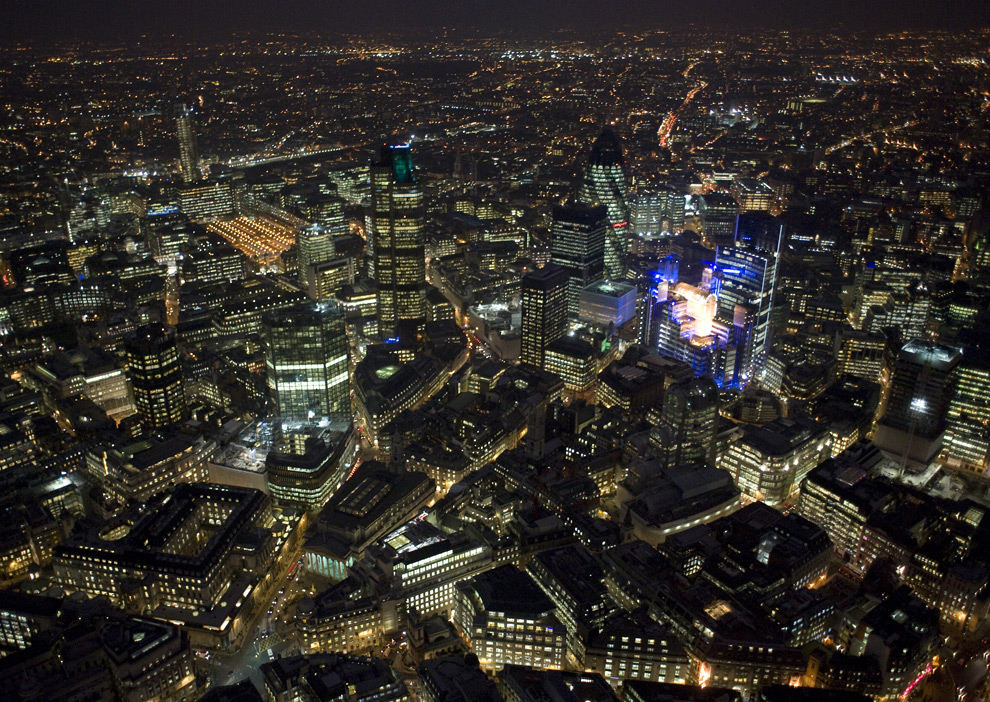 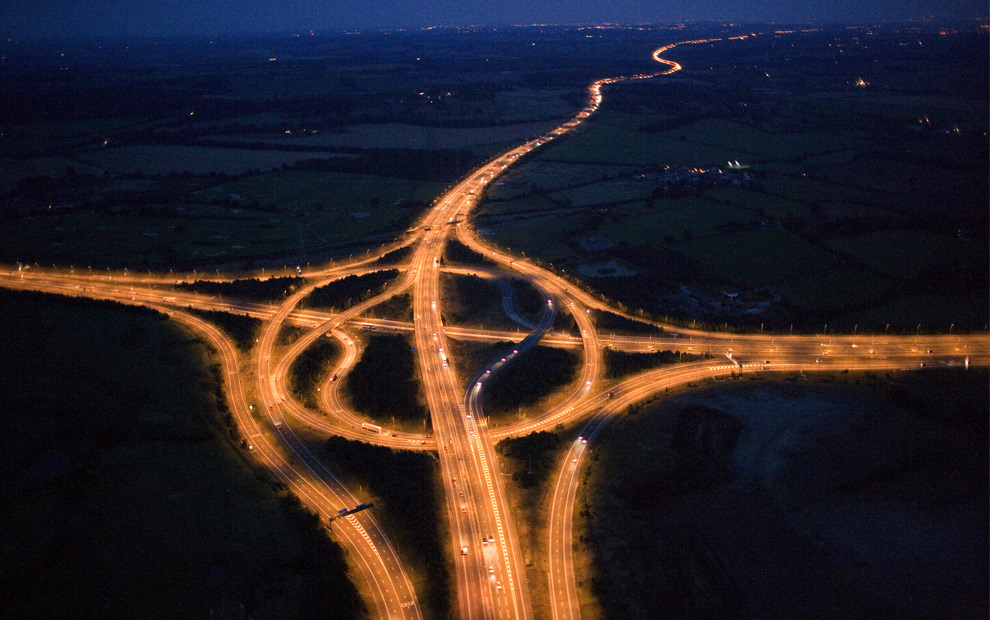 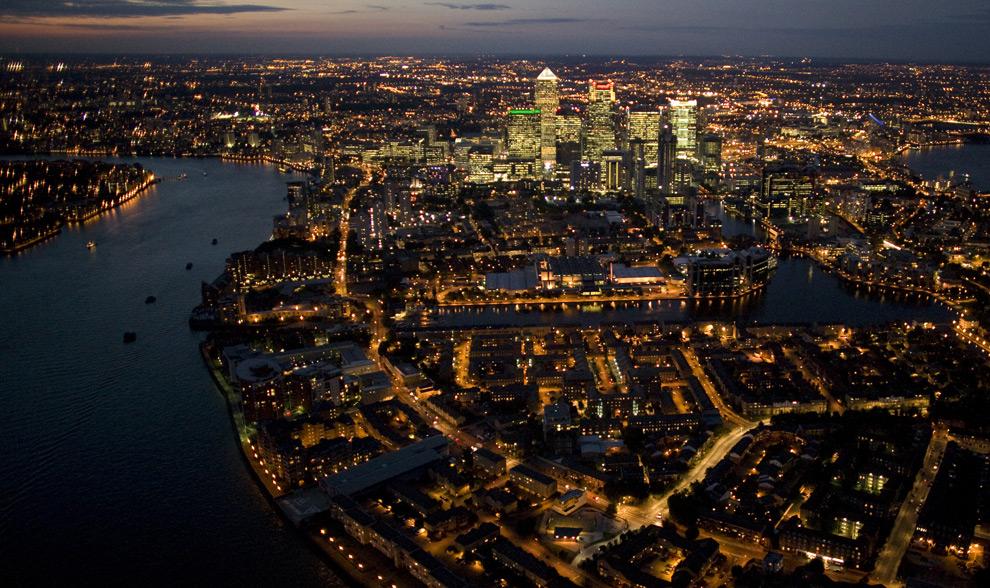 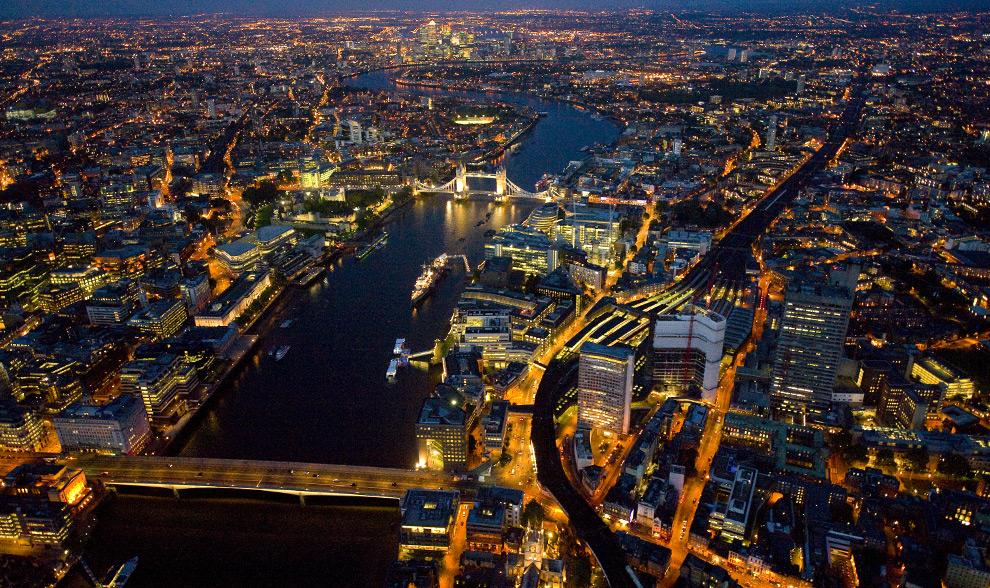 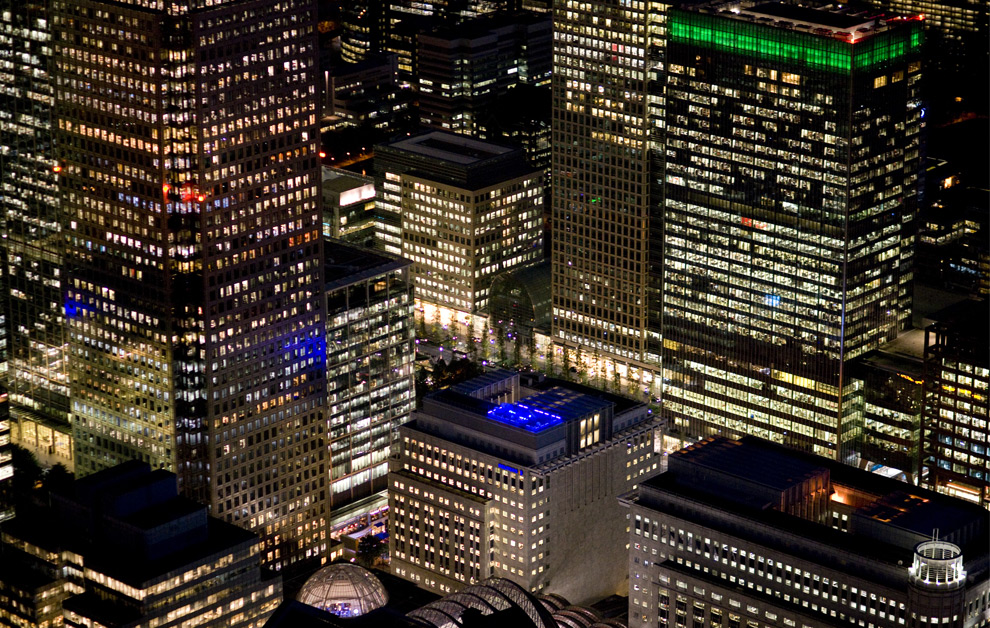 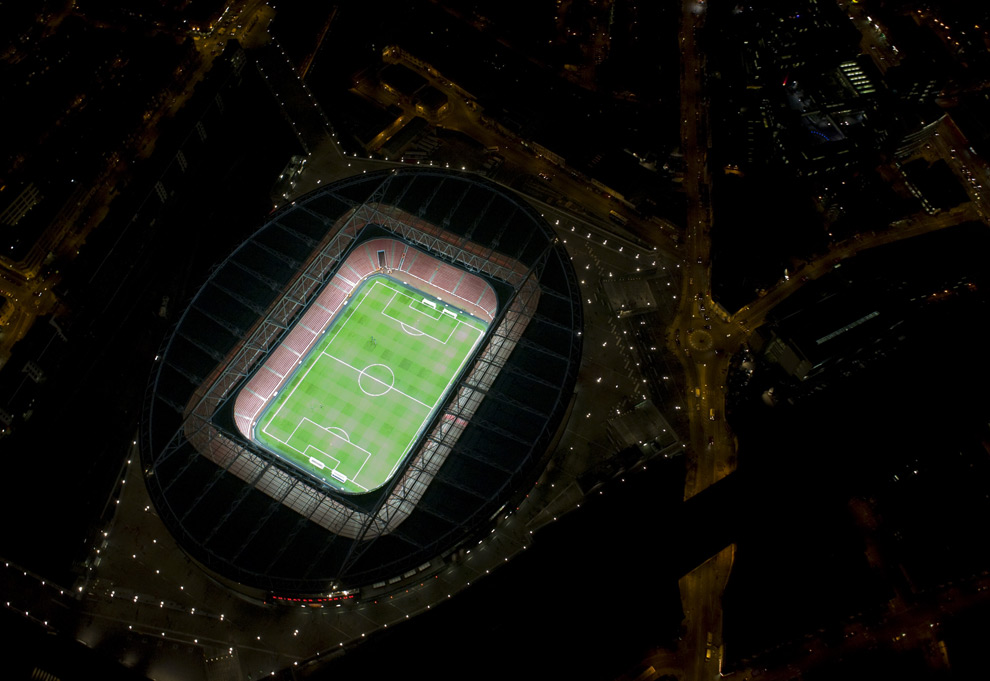 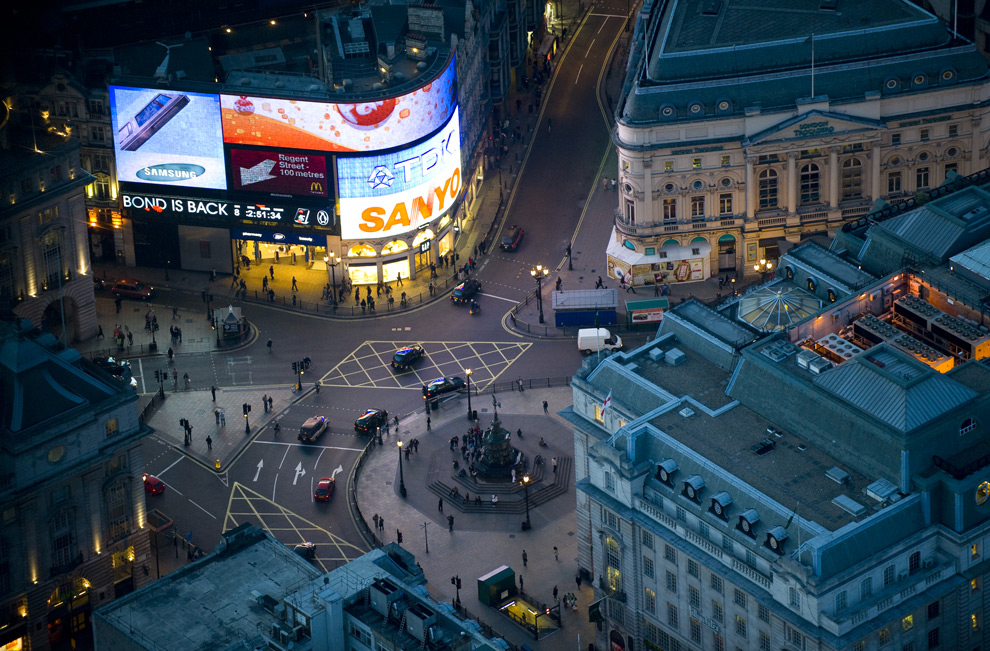 18
Piccadilly Circus with the famous Statue of Eros. (© Jason Hawkes) # 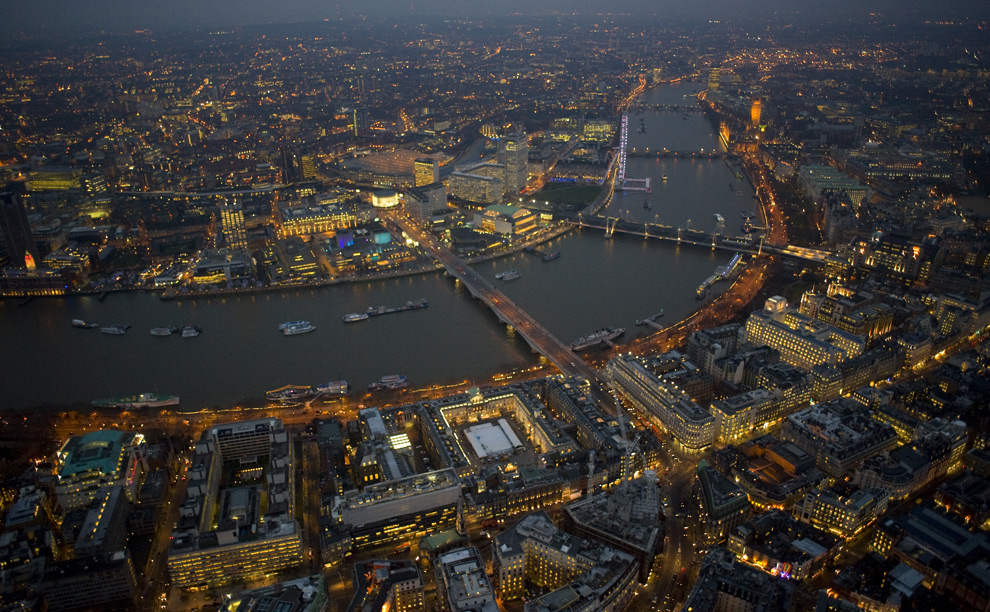 19
Waterloo Bridge and the River Thames, also featuring the London Eye (center, seen from the side), the Royal National Theatre, and Waterloo Station. (© Jason Hawkes) #