Several volcanoes have erupted in the past few months - two in Chile (Chaiten and Llaima) and one in Alaska (Okmok). At any given time, approximately 20 to 50 volcanoes are active worldwide (depending on the definition of "active"). Collected here are photos of volcanic events from the the past several years, seen from many angles, including low Earth Orbit. (15 photos total) 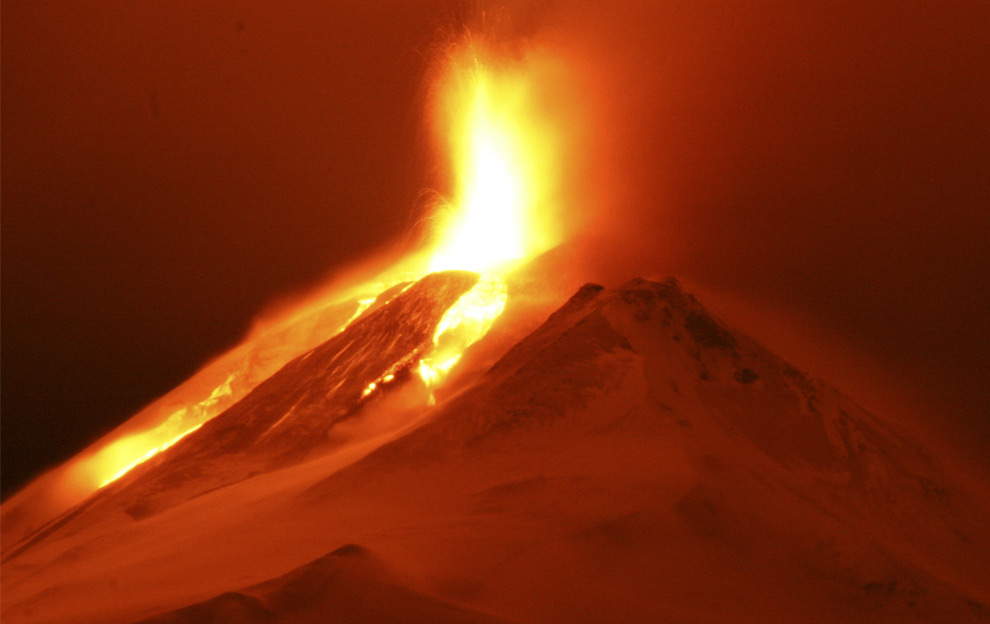 In this photo released by Sernageomin-Onemi, Lava explodes from the Llaima volcano, one of Chile's most active volcanoes, in Cherquenco, Chile, early Thursday, July 10, 2008. The 9,400-foot (3,120-meter) volcano grew more dangerous after activity had decreased in recent days.(AP Photo/Sernageomin-Onemi) 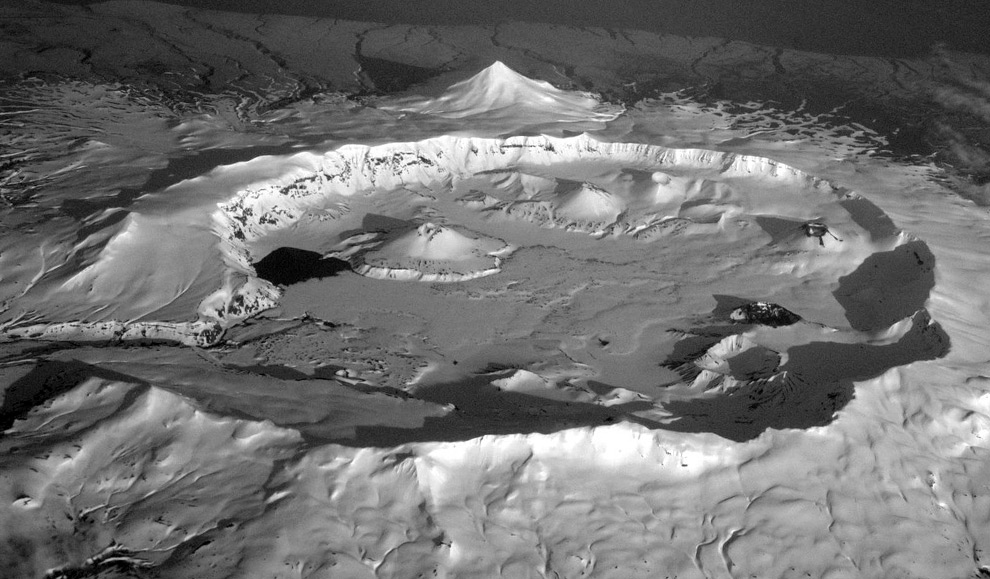 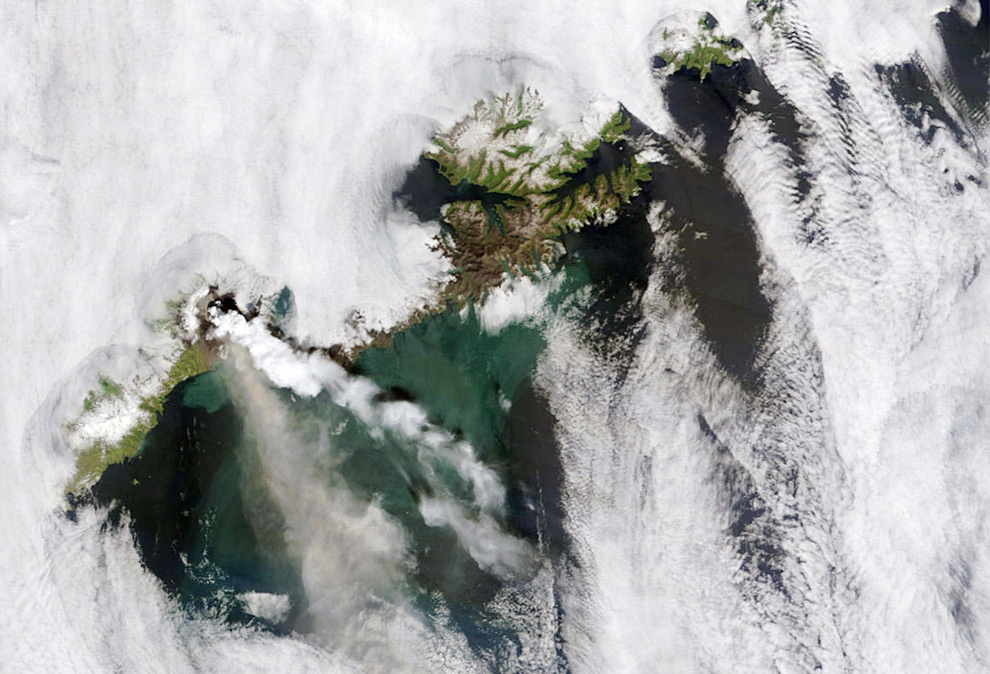 In an Image provided by NASA, the Terra satellite captured this image July 13, 2008, of the Okmok Caldera erupting on Umnak Island in Alaska. Viewed through a break in the clouds, Both a steam plume, right, and an ash plume emanate from the volcano. The blue-green color of the nearby ocean water may result from volcanic ashfall. (AP Photo/NASA) 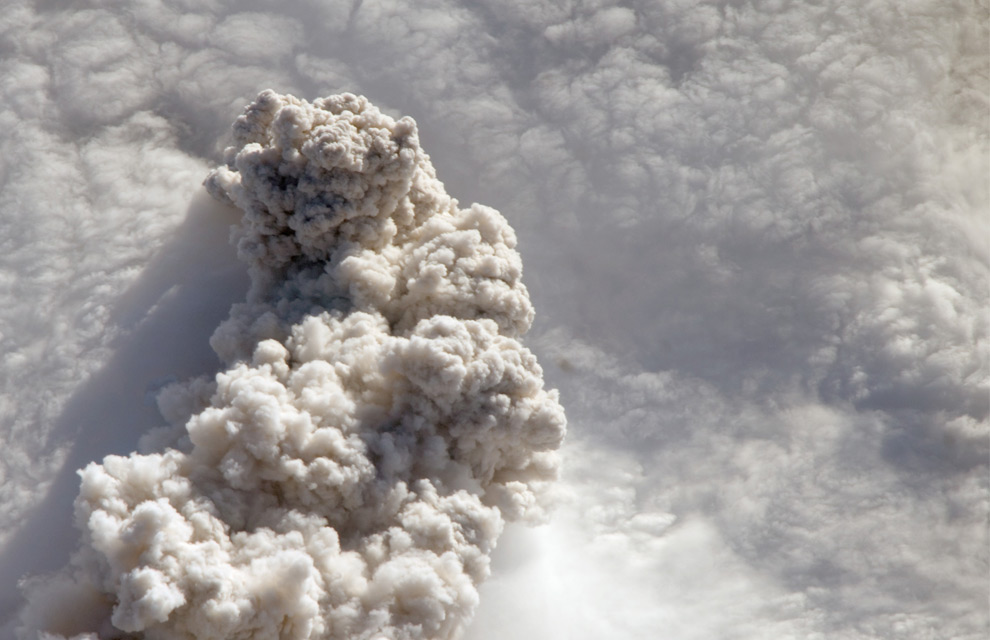 This photo of a plume of ash rising through a cloud layer over Chaiten, Chile was taken from aboard the International Space Station on May 5th, 2008. (Image Science and Analysis Laboratory, NASA-Johnson Space Center) 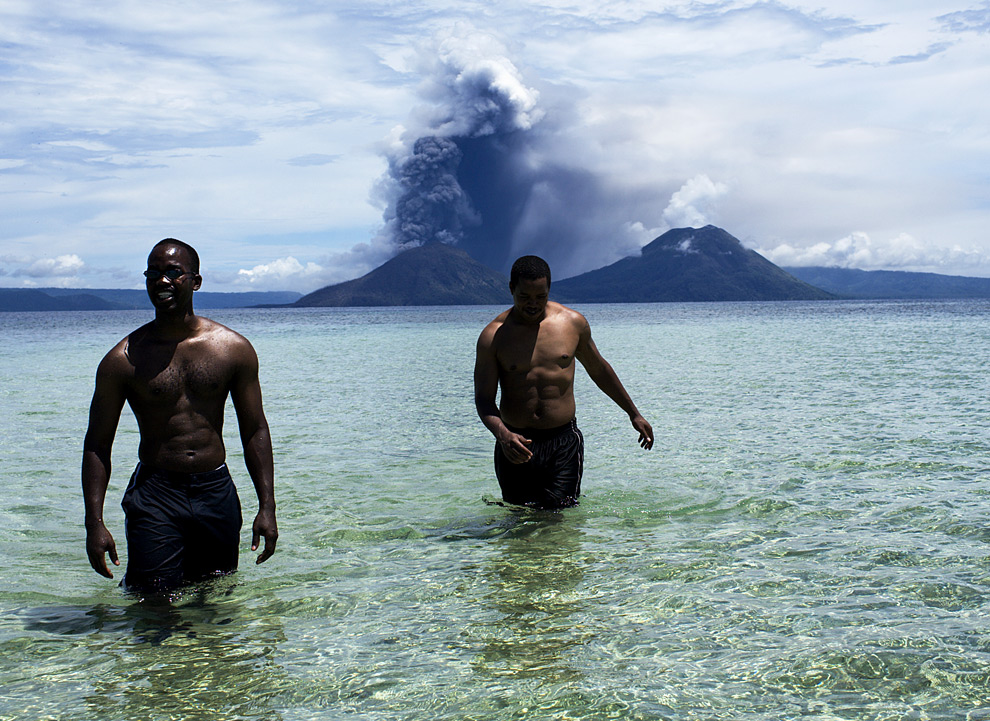 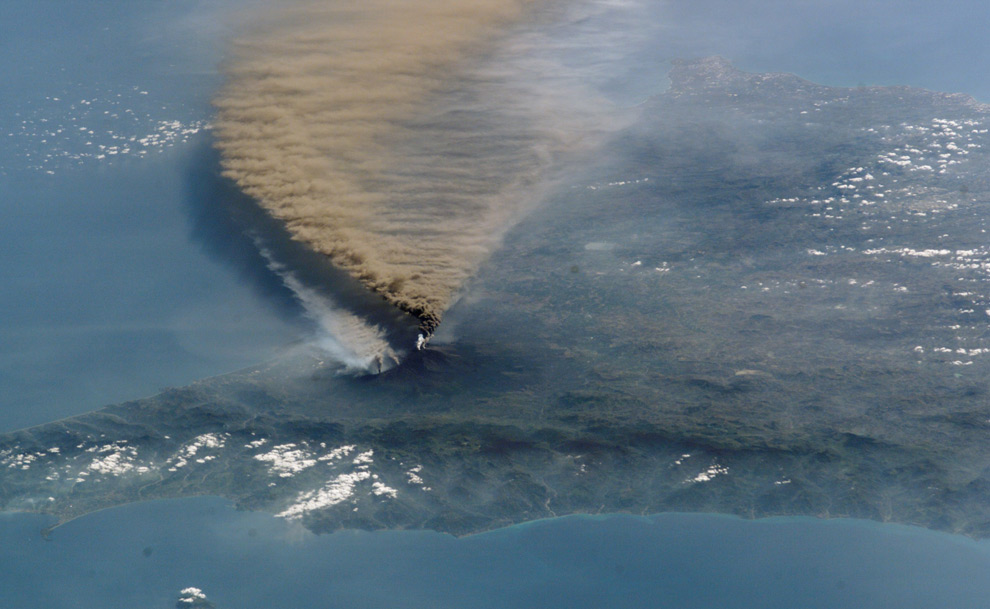 The crew of the International Space Station observed Mt. Etna's eruption on October 30th, 2002. This image and the one below are looking obliquely to the southeast over the island of Sicily. (Image Science and Analysis Laboratory, NASA-Johnson Space Center) 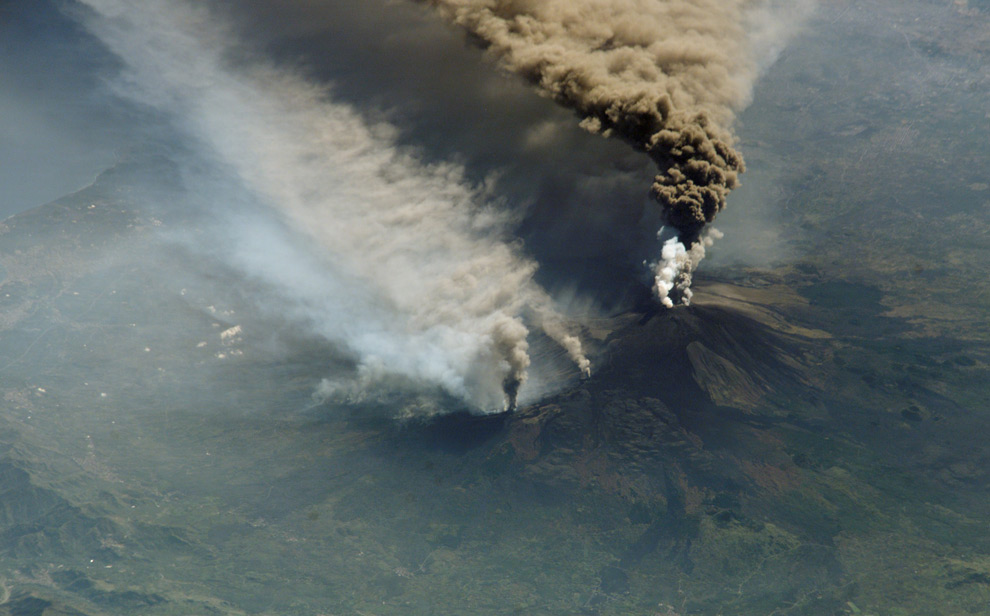 The crew of the International Space Station observed Mt. Etna's eruption on October 30th, 2002. The lighter-colored plumes downslope and north of the summit are produced by forest fires set by lava flowing into the pine forests on the slope of the mountain. (Image Science and Analysis Laboratory, NASA-Johnson Space Center) 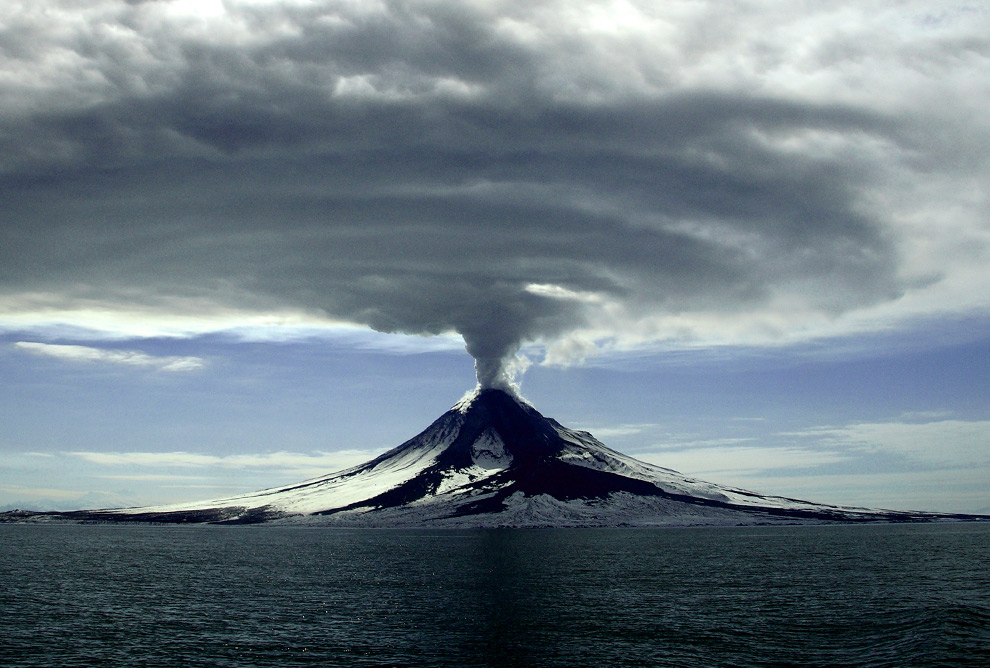 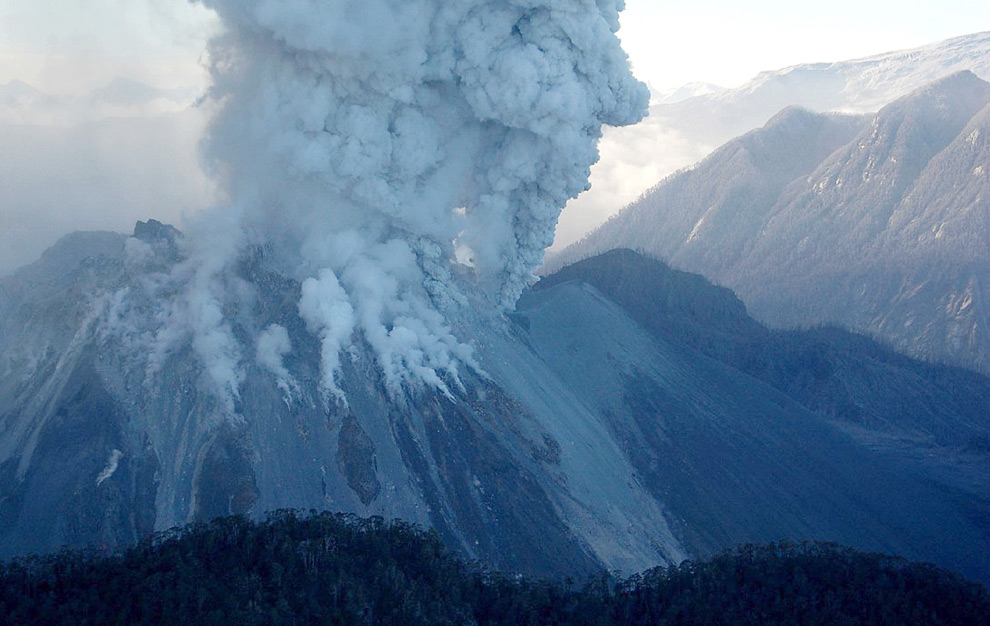 In this photo released by Intendencia Regional de Los Lagos, the Chaiten volcano erupts, near Chaiten, in southern Chile, Tuesday, June 17, 2008. The volcano has regained strength with bursts of thick gas, seismic rumblings and the emergence of two new craters, authorities said on Friday, June 13. It erupted May 2 and has forced the evacuation of 4,500 residents form the nearby village of Chaiten. The village has since been heavily damaged by the overflowing Blanco River, its water thickened by ash from the volcano. (AP Photo/Christian Brown, Intendencia Regional de Los Lagos ) 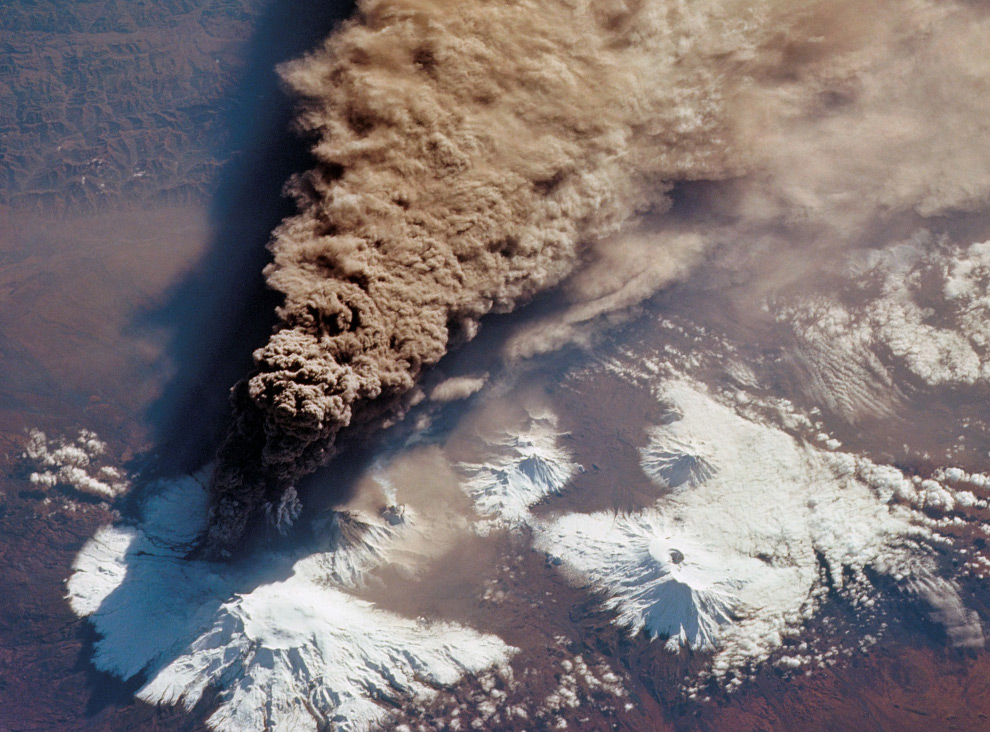 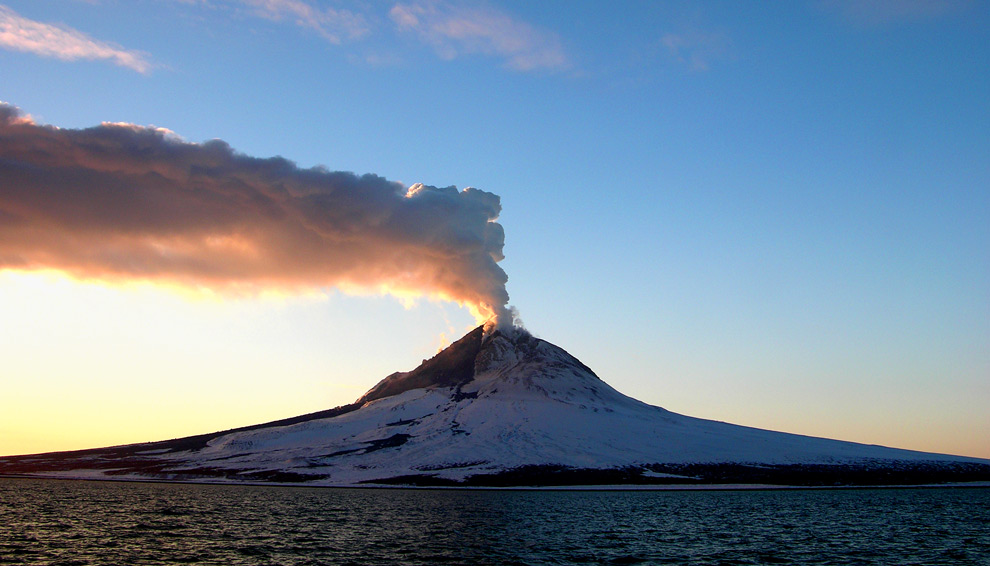 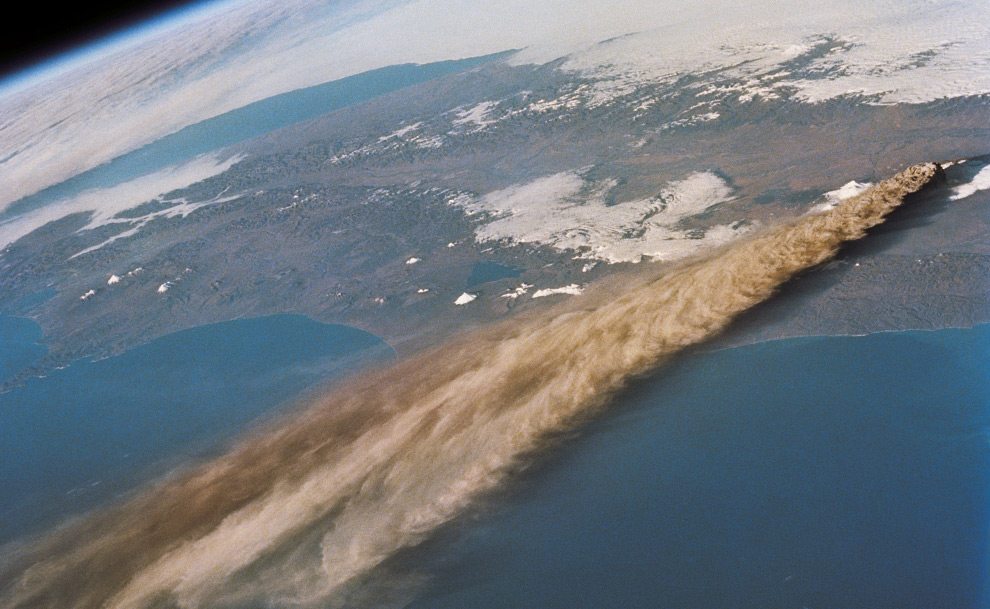 Russia's Kliuchevskoi Volcano, seen erupting from 115 nautical miles above Earth on September 30, 1994. Astronauts aboard the Space Shuttle Endeavour captured this image of the Earth's limb, and Kliuchevskoi's ash plume spreading out across the Pacific Ocean. (Image Science and Analysis Laboratory, NASA-Johnson Space Center) 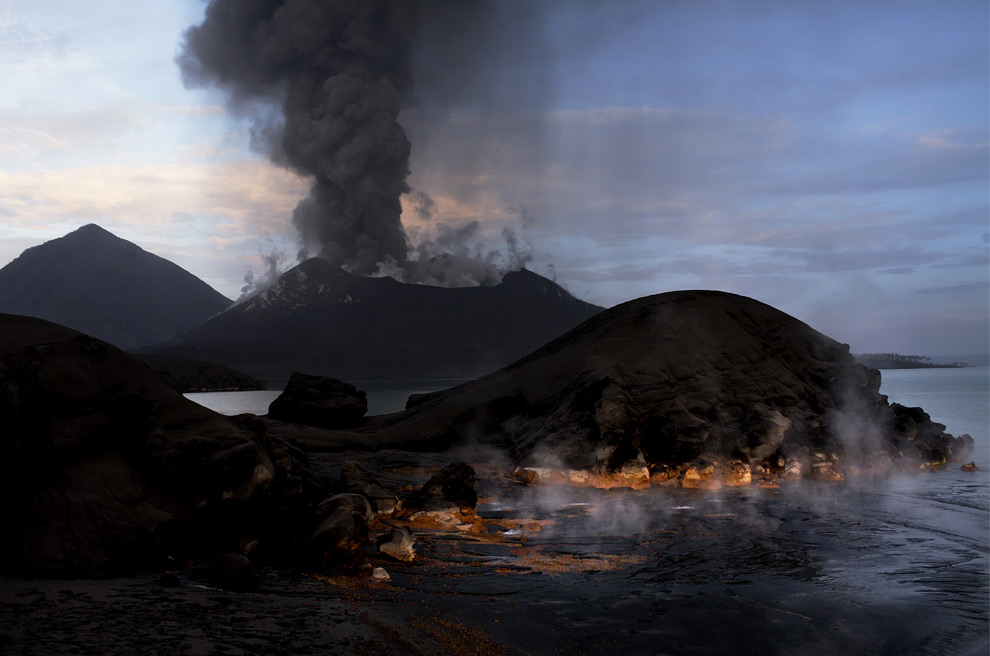 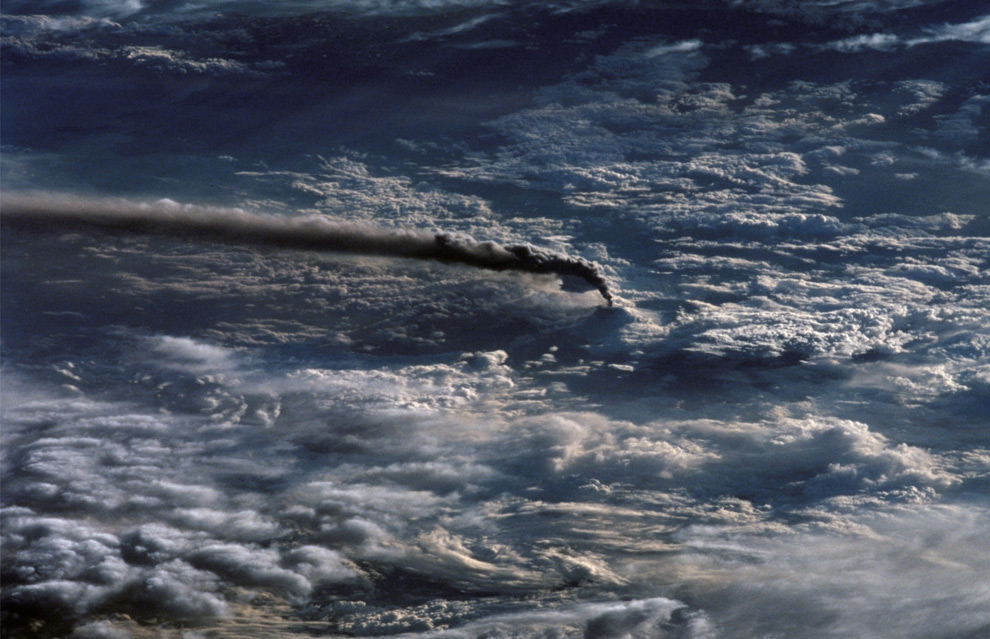 The crewmembers of the Space Shuttle Endeavour used a 35mm still camera to record this image of Mt. Etna Volcano erupting on the island of Sicily on December 14th, 2002. The oblique, south-looking view shows Mt. Etna's dark ash plume rising above the general altitude of storm clouds over the Mediterranean Sea at sunset. (Image Science and Analysis Laboratory, NASA-Johnson Space Center)