Today, June 5th is World Environment Day, as established by the United Nations in 1972 to "stimulate worldwide awareness of the environment and enhance political attention and action" Further, from the official website: "On this World Environment Day, let us examine the state of our environment. Let us consider carefully the actions which each of us must take, and then address ourselves to our common task of preserving all life on earth in a mood of sober resolution and quiet confidence." (13 photos total) 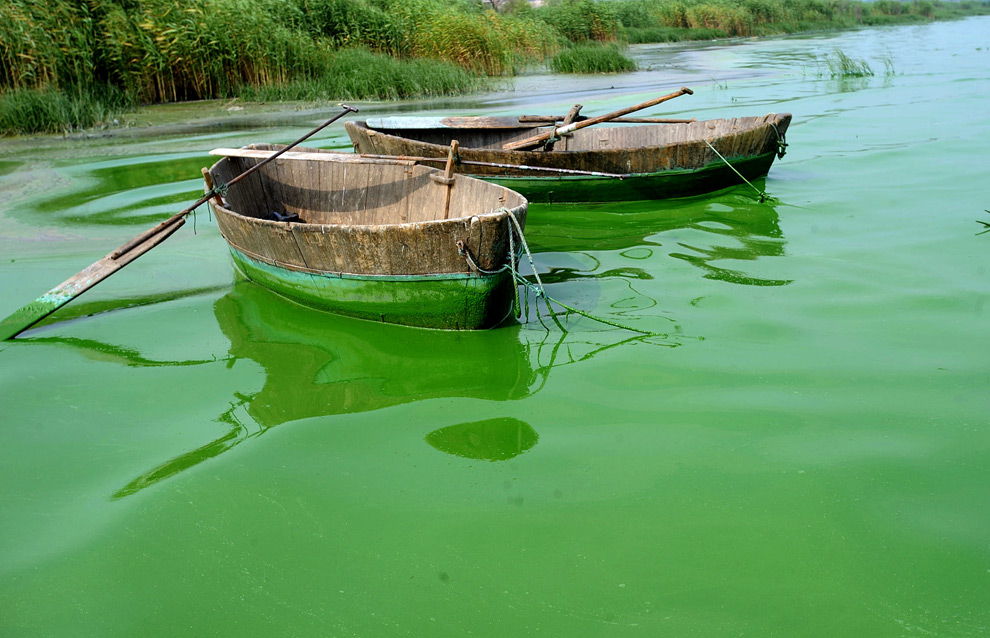 Small fishing boats tied to the banks of the Chaohu lake, where a pollution-linked algae bloom has reappeared, in Hefei, eastern China's Anhui province on June 4, 2008. Algae blooms are common on many Chinese freshwater lakes and are chiefly caused by untreated sewage containing high concentrations of nitrogen, a main ingredient in detergents and fertilisers, as more than 70 percent of China's waterways and 90 percent of its underground water have been contaminated by pollution. (STR/AFP/Getty Images) 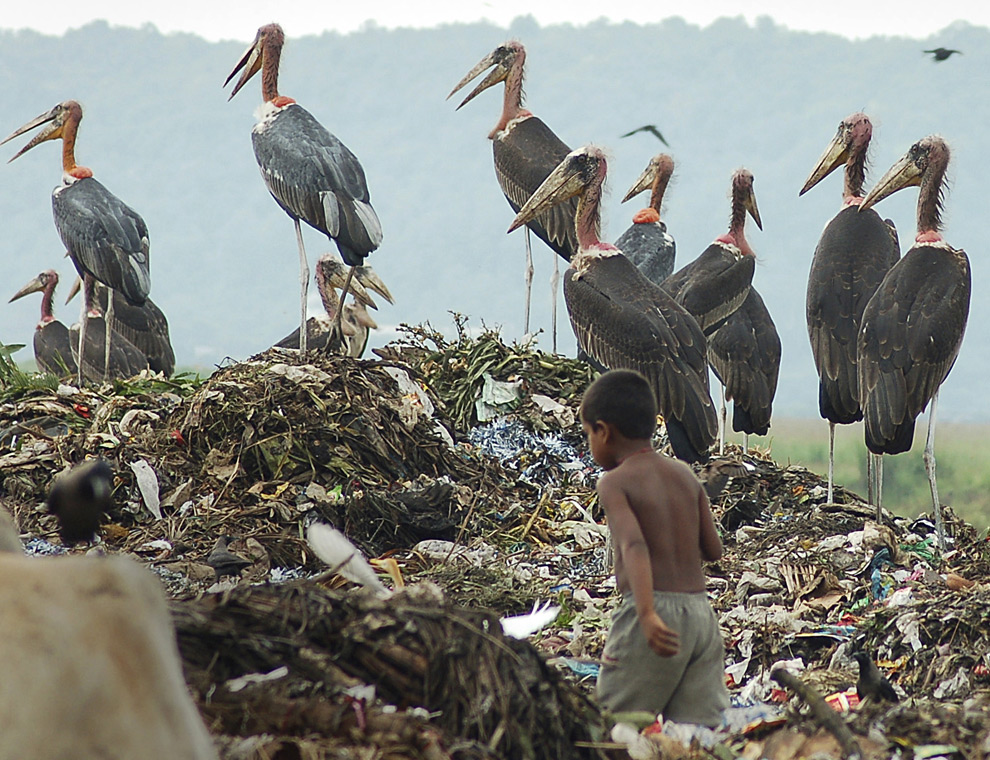 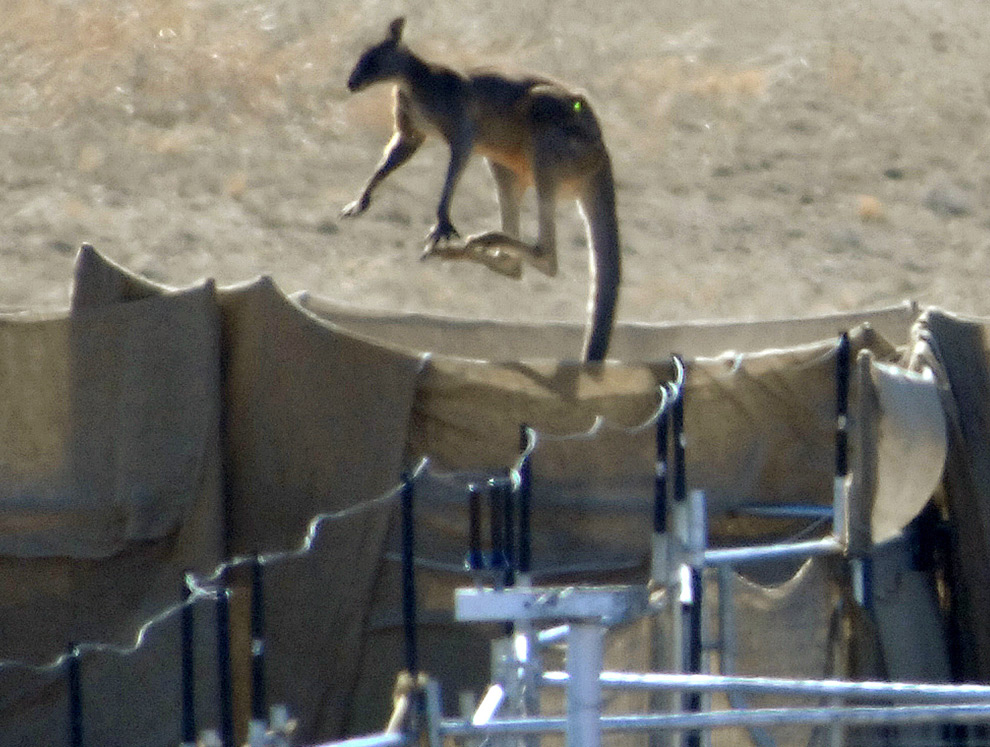 Telephoto picture of a kangaroo as it makes a futile leap for freedom before being tranquilised and then euthanased with a lethal injection. The Australian Department of Defence said it ordered the cull of about 400 eastern grey kangaroos as a last option after the animals overcrowded the site in Canberra on May 20, 2008, threatening endangered flora and fauna. The killing of the iconic creatures has been attacked by some animal rights groups who say Australia, which this summer led international criticism against Japan for its annual whale hunt in the Southern Ocean, should relocate them. (GRAHAM TIDY/AFP/Getty Images) 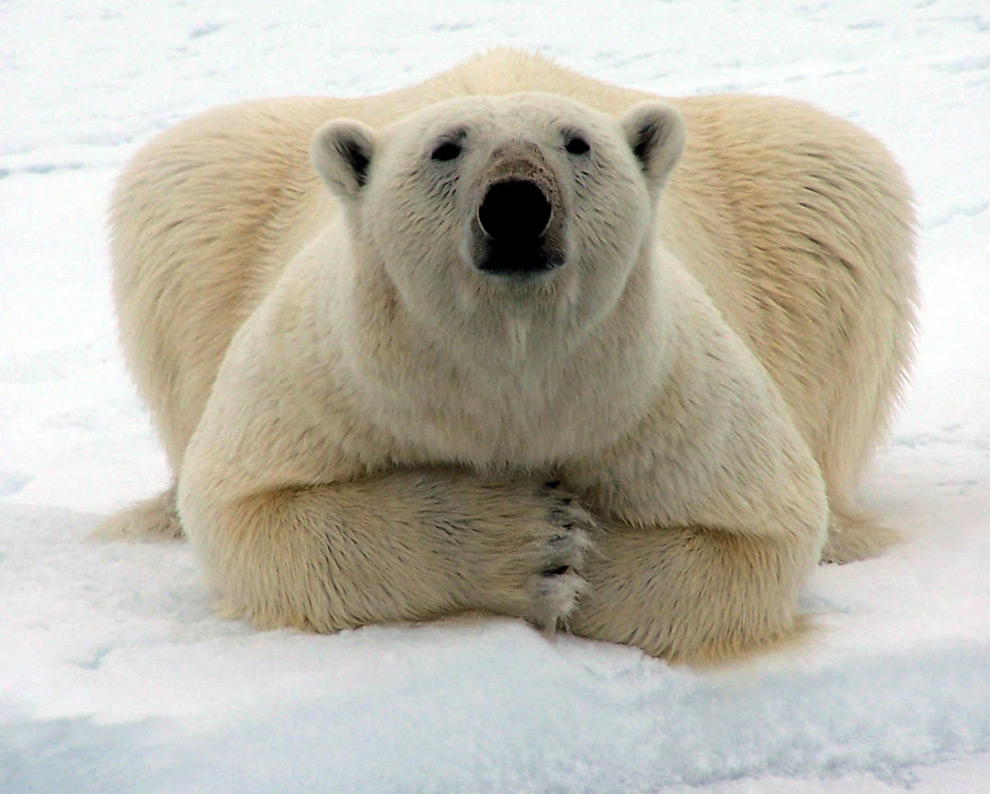 This Monday, May 22, 2006 file photo provided by Mary Sage shows a polar bear watching a whaling crew off shore near Barrow, Alaska. Polar bears were declared as a threatened species by the Interior Department on Wednesday, May 14, 2008 saying polar bears must be protected because of the decline in Arctic sea ice from global warming. (AP Photo/Courtesy of Mary Sage, Joseph Napaaqtuq Sage) 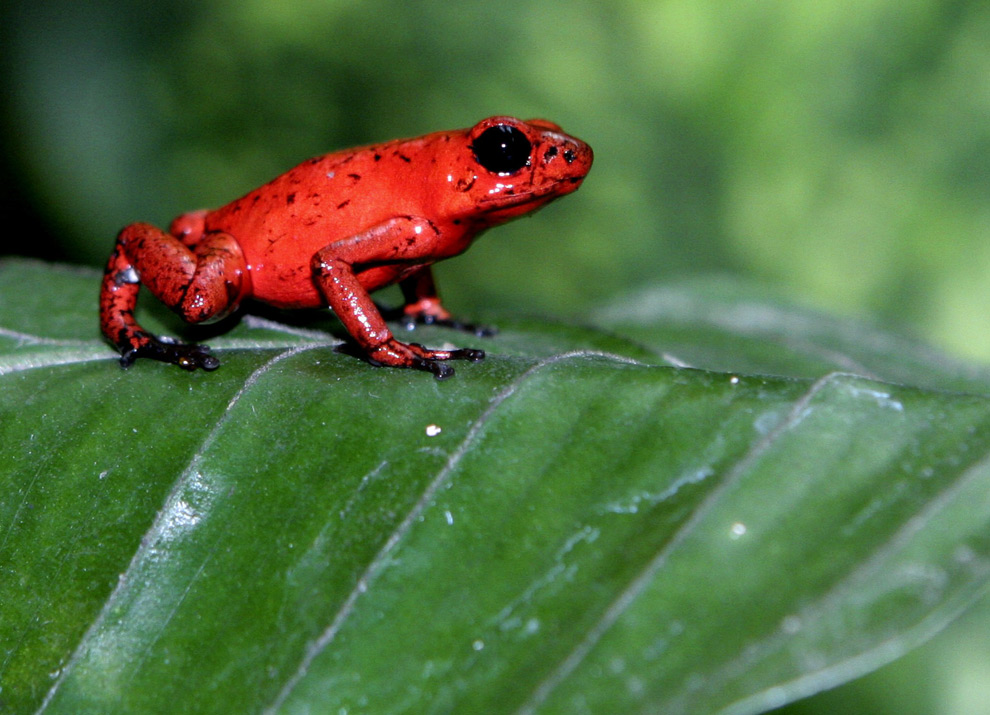 An endangered Blue Jeans Dart Frog, Dendrobates pumilio, rests on a leaf at the INBIO Park in Heredia, Costa Rica, Wednesday, May 28, 2008. Scientists believe the decline in tropical frogs is related to global warming. The presidents of Mexico, Central American and the Caribbean are meeting in Honduras in a regional summit on climate change. (AP Photo/Kent Gilbert) 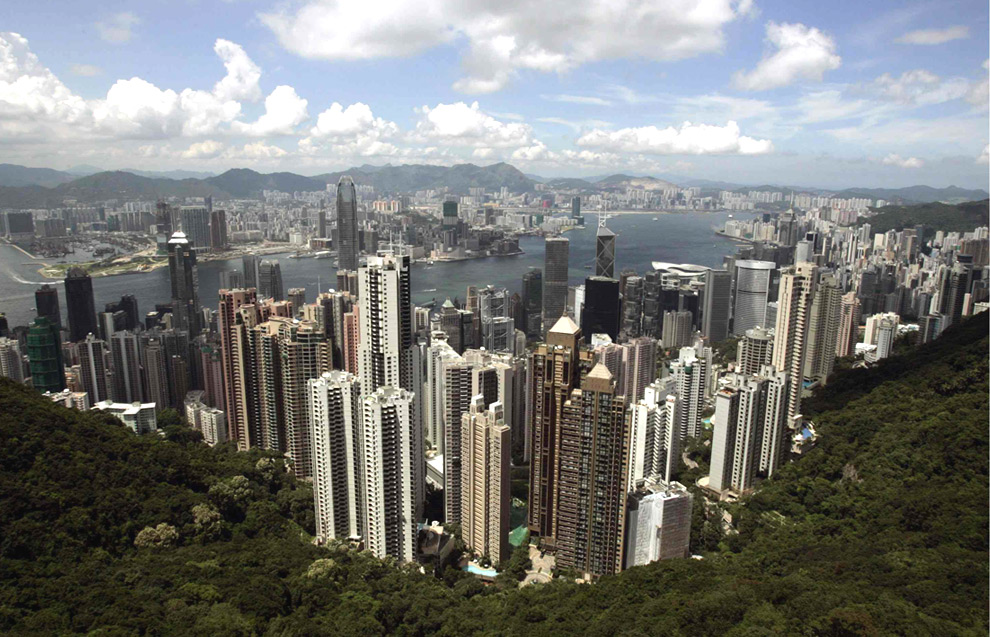 Skyscrapers brush up against hillside forest in this Hong Kong cityscape, seen from the Peak in Hong Kong, June 16, 2007. 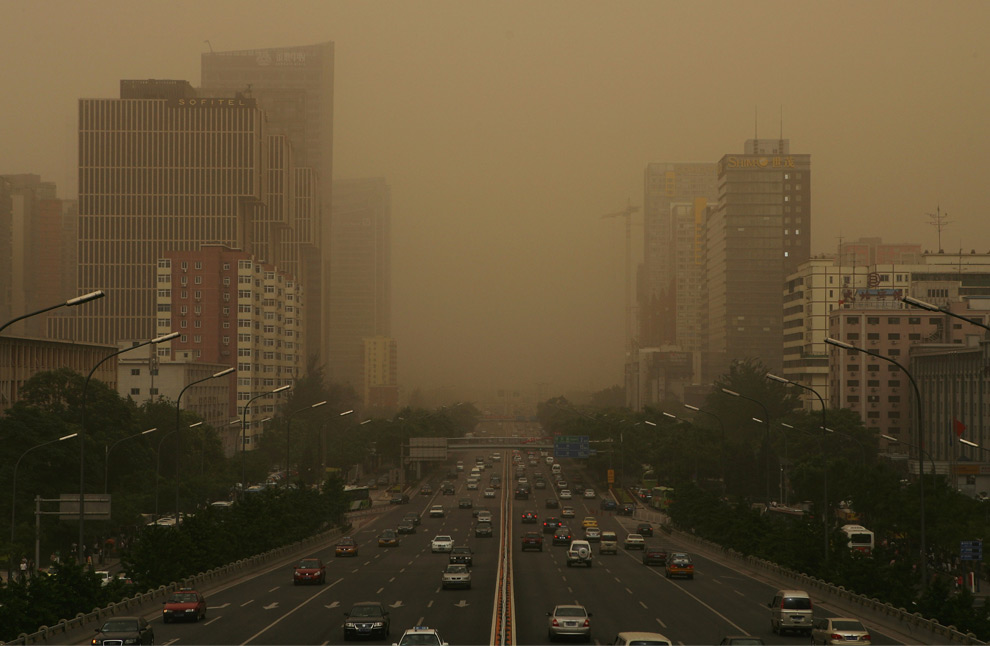 Beijing is shrouded with smog on May 20, 2008 in Beijing, China. The International Olympic Committee (IOC) has warned some outdoor events could be at risk at being postponed because of Beijing's poor air pollution. (Photo by Guang Niu/Getty Images) 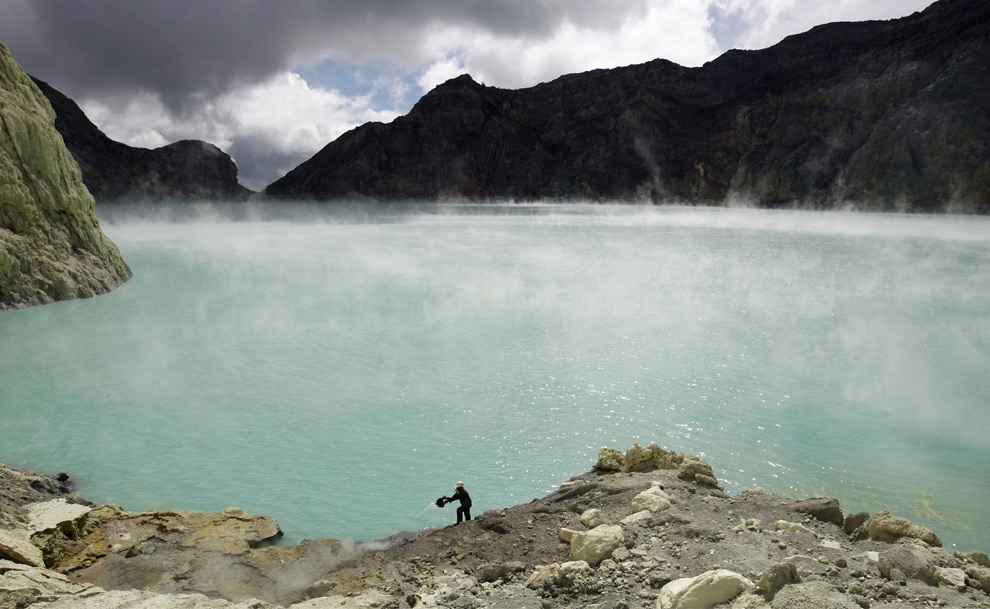 A miner pours water to cool down volcanic soil at Kawah Ijen volcanic crater in East Java in this June 1, 2008 file photo. Around 10 tons of sulphur are extracted daily from the volcanic crater and are then used in sugar refineries, cosmetics, medicines and explosives. (REUTERS/Pablo Sanchez/Files) 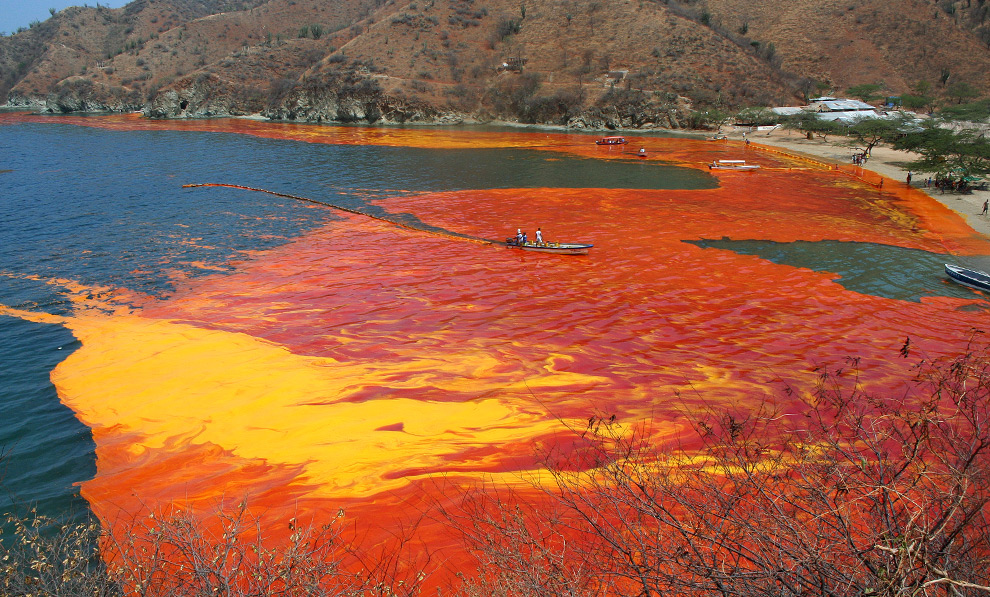 A big stain of palm oil invades the shore of Taganga beach in Santa Marta, department of Magdalena, Colombia on April 23, 2008 after 10 tons of oil were spilled from the production plant of Terlica. Residents of the area have said of seeing dead fish but the spokesperson of Terlica said the oil is biodegradable and won't harm the environment. (STR/AFP/Getty Images) 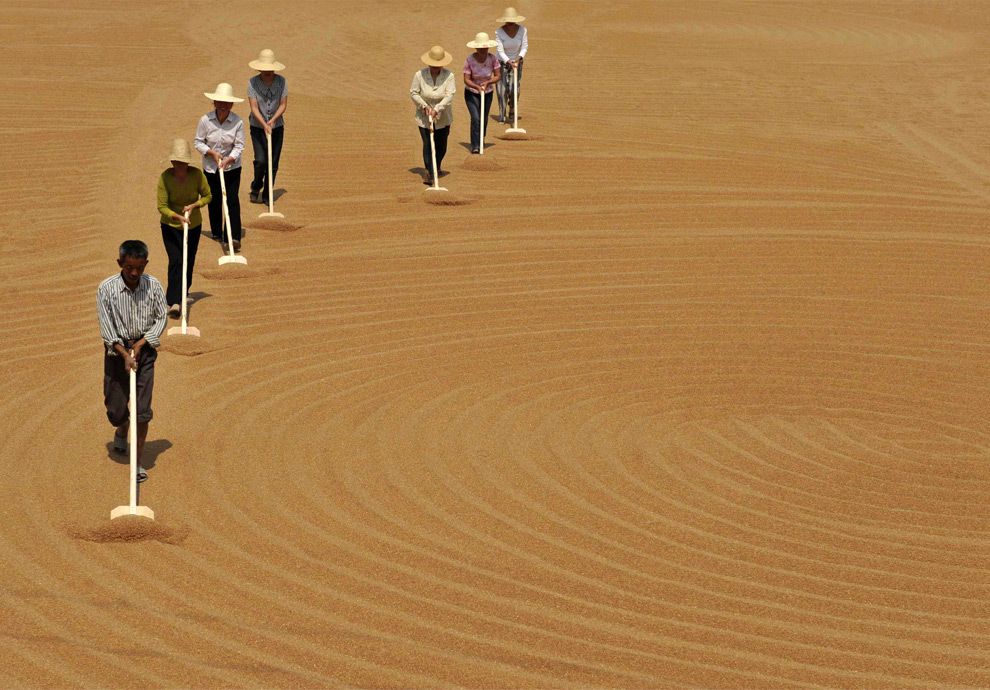 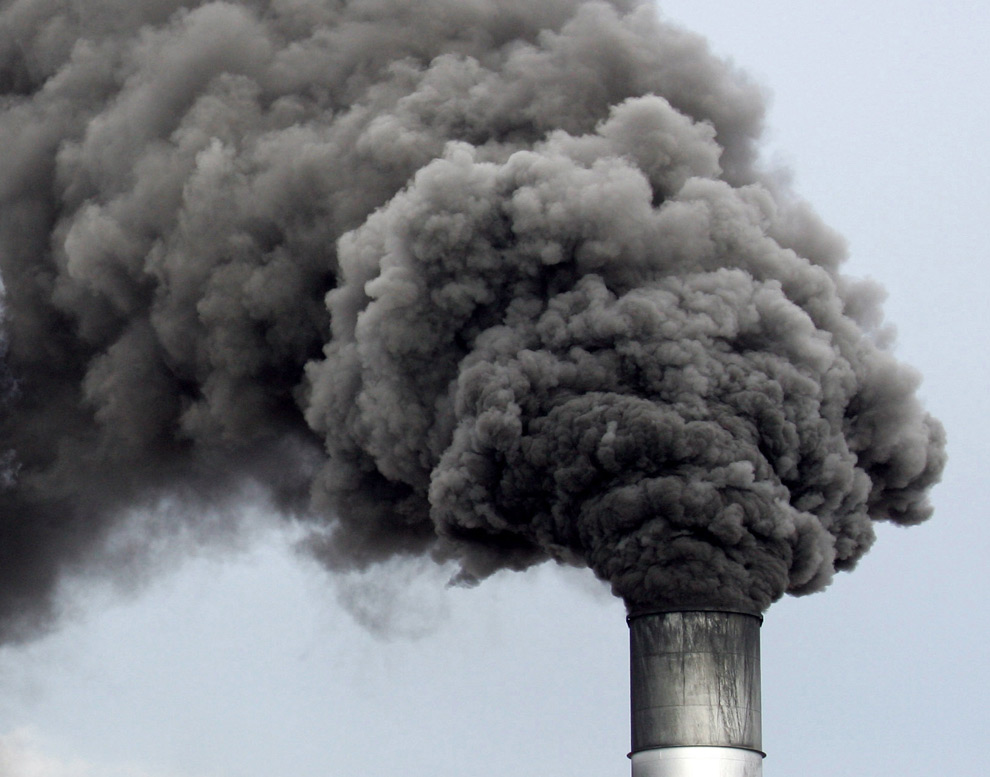 Huge black smoke is emitted by a sugar mill in Batangas province south of Manila, Philippines May 4, 2008. The world marks June 5 as World Environment Day with this year's focus on initiatives promoting low-carbon economies such as forest conservation and alternative sources of energy. (AP Photo/Bullit Marquez) 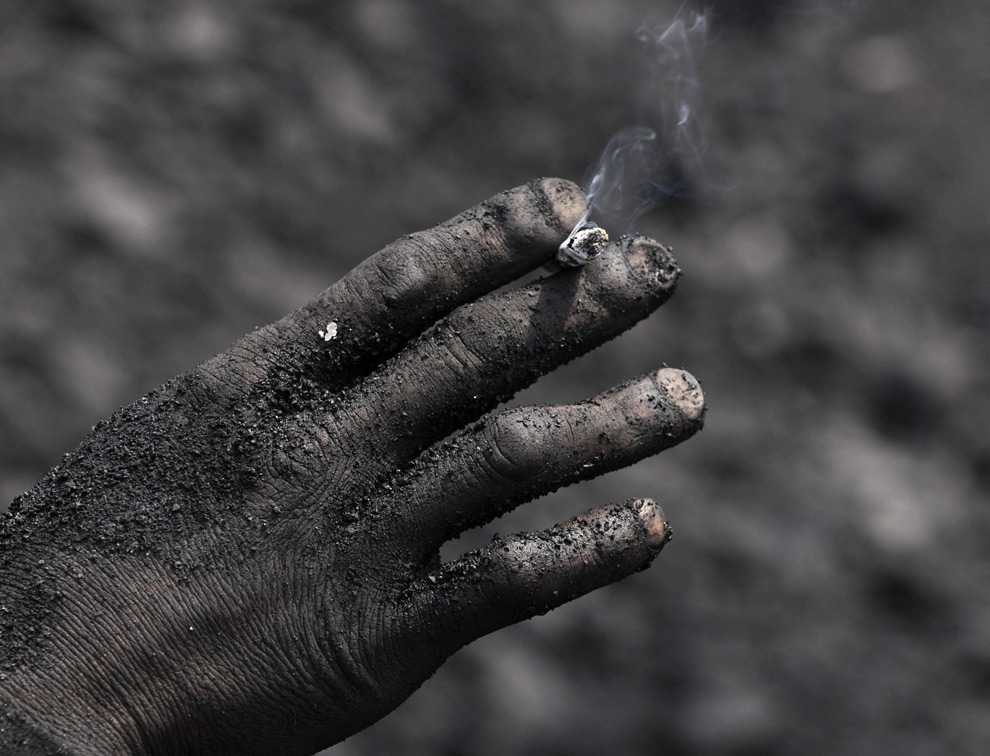 A worker smokes after searching for usable coal at a cinder dump site in Changzhi, Shanxi province, in this April 22, 2008 photo. With oil prices at historic highs, China is moving full steam ahead with a controversial process to turn its vast coal reserves into barrels of oil. (REUTERS/Stringer) 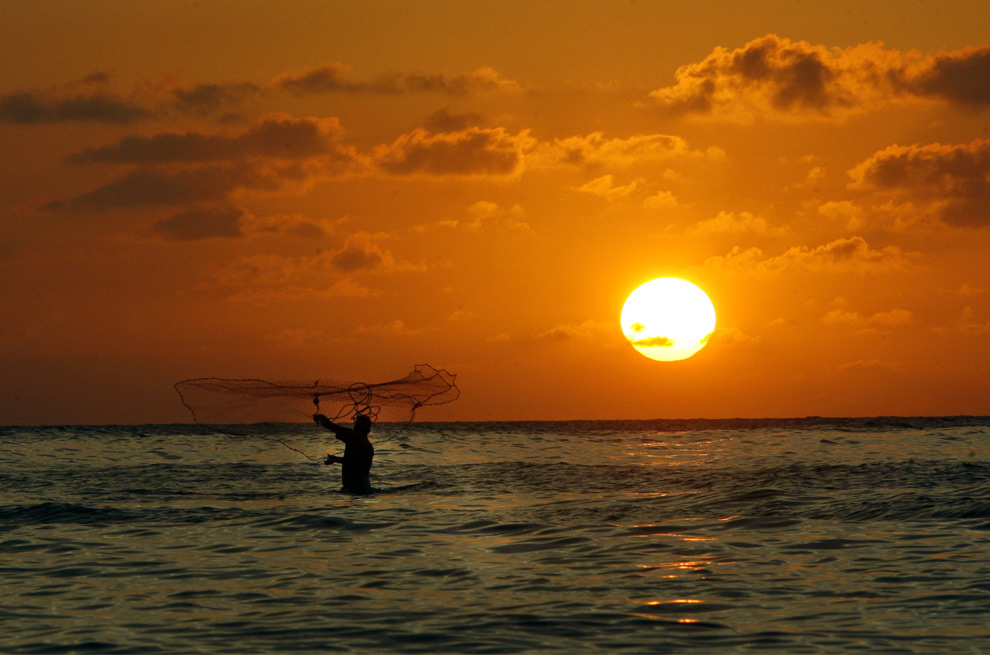 A fisherman throws his net in the glow of a sunset at Playa del Chivo near Havana, Wednesday, June 4, 2008. (AP Photo/Javier Galeano)