Water is having a significant impact on many people's lives around the world right now. From droughts to quake lakes, floods to monsoons, people and animals are dealing with water in many ways. In these recent photos, we can see people play, wash, mourn, survive, escape, celebrate and marvel with something so basic as water. (17 photos total) 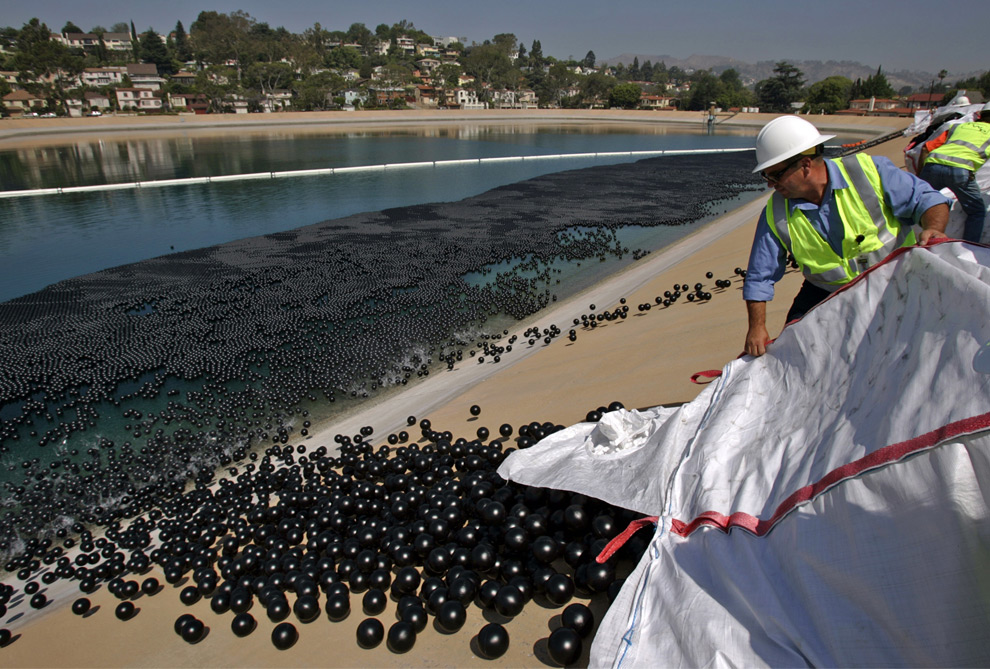 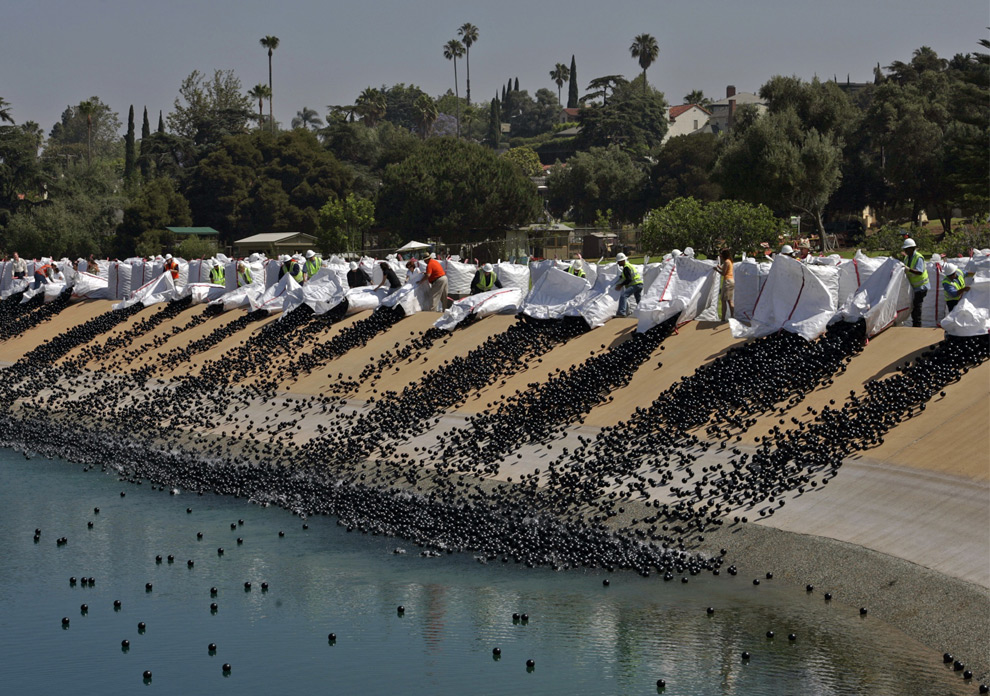 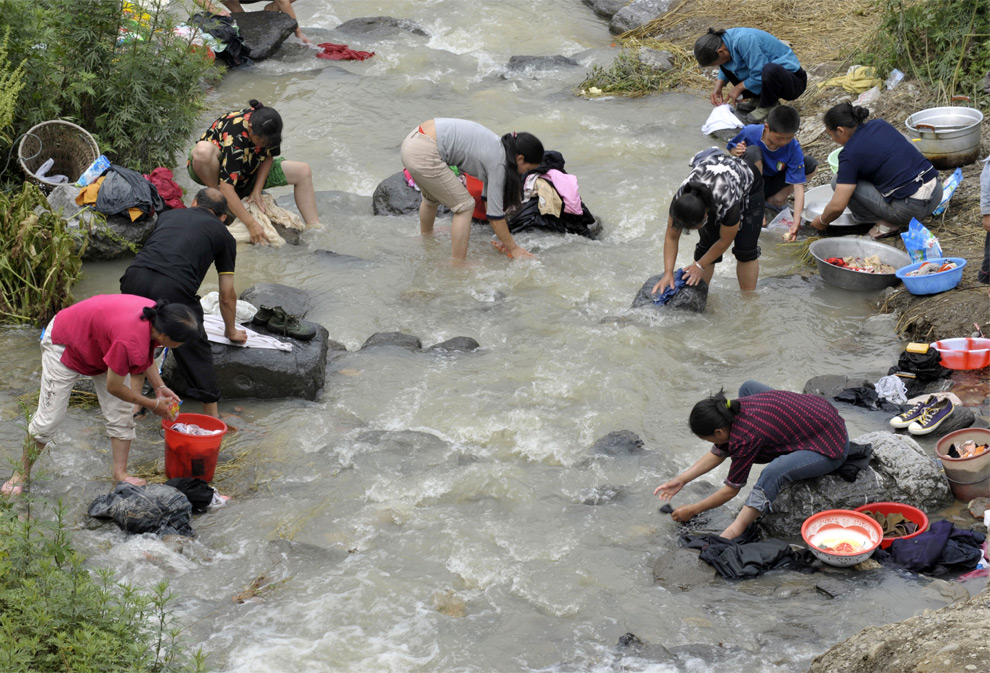 Earthquake survivors wash clothes at a river in Leigu town of the Beichuan county, in China's southwestern province of Sichuan on May 31, 2008. China was poised May 31 to drain water out of a dangerous "quake lake" as more than 197,000 people have been evacuated in case of flooding, an official from nearby Mianyang city said. (AFP PHOTO/TEH Eng Koon) 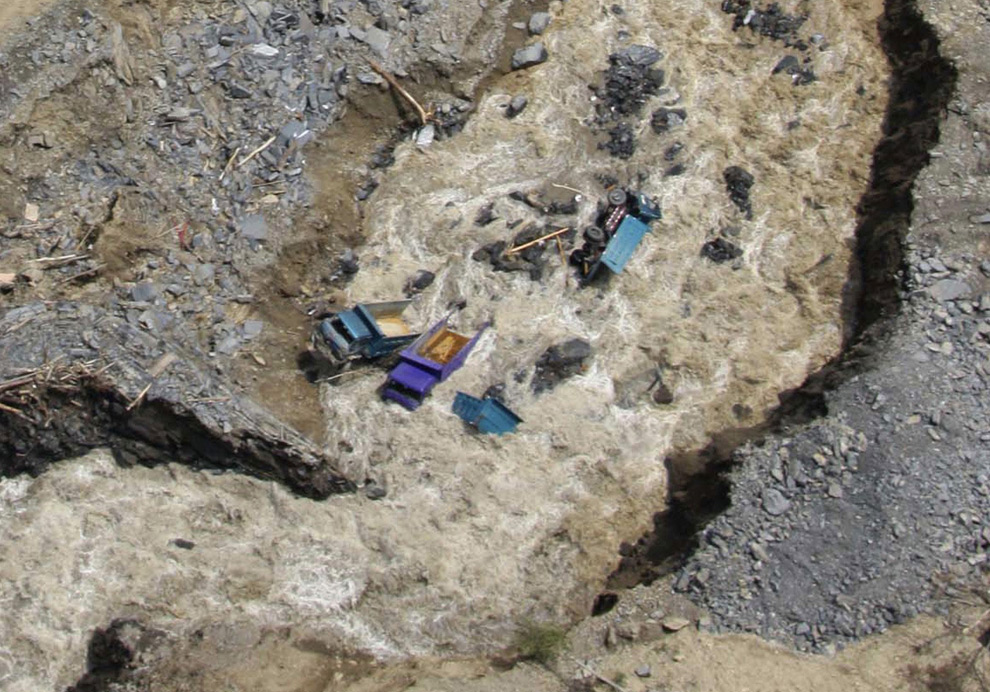 Water flows through a sluice channel of the Tangjiashan quake lake in Tangjiashan, Sichuan Province June 8, 2008 in this picture distributed by China's official Xinhua News Agency. The water level in the quake lake stood at 741.82 metres above sea level at midday on Sunday, still 1.45 metres higher than the sluice, with the lake's volume exceeding 240 million cubic metres, Xinhua News Agency reported. (REUTERS/Xinhua/Li Gang). 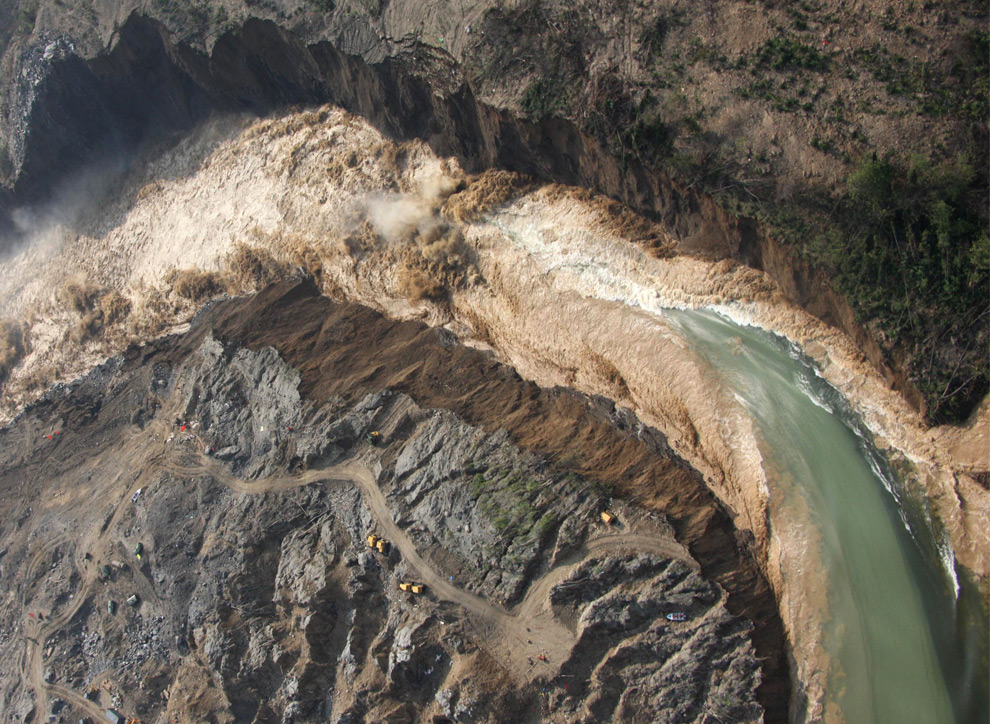 In this photo released by China's Xinhua News Agency, the water gushed out of the Tangjiashan quake lake at 9 a.m. of Tuesday, June 10, 2008 in southwest China's Sichuan Province. China declared an end Tuesday to the crisis over the brimming lake formed by the May 12 massive earthquake that had threatened to flood downstream communities. (AP Photo/Xinhua/ Li Gang) 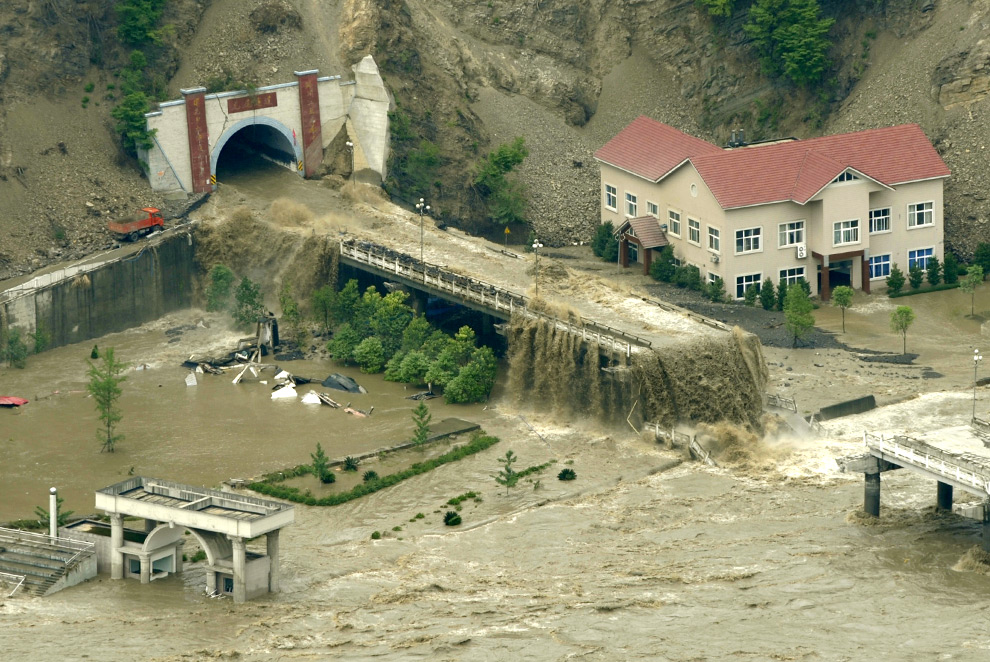 A bridge is destroyed by floods in the worst earthquake-hit area of Beichuan county, in China's southwestern province of Sichuan on June 10, 2008. Muddy, brown water from a quake lake in southwest China was pouring into the flattened town of Beichuan June 10, piling new woes on its tormented population. (LIU JIN/AFP/Getty Images) 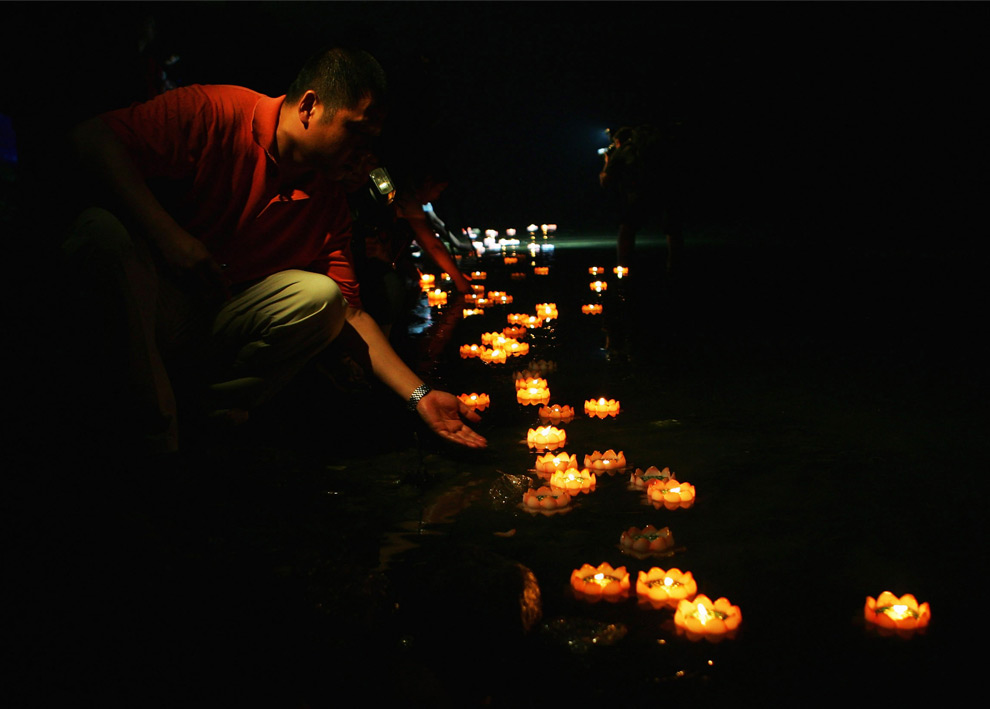 People place candlelights into a river to mourn the deceased of the May 12 Sichuan earthquake on a river beach the eve of 'Duanwu Festival' on June 7, 2008 in Beijing, China. More than 69,000 people are now known to have died in the quake and Chinese aid workers are struggling to find shelter for millions who lost their homes in China's worst quake in three decades. (Photo by Guang Niu/Getty Images) People get hit by monsoon-driven waves from the Arabian Sea crashing on a seawall in Mumbai June 7, 2008. (REUTERS/Arko Datta) 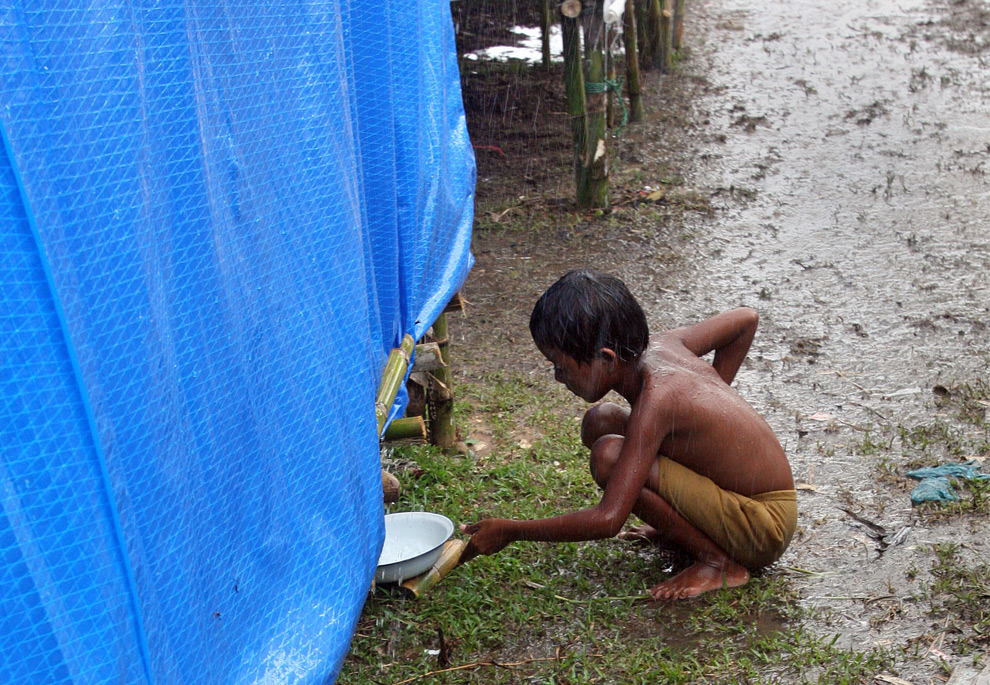 A child collects rain water running off of a tent at a camp for people displaced from Cyclone Nargis near the Irrawaddy Delta town of Labutta, some 320 kms (200 miles) from Myanmar's largest city of Yangon on May 31, 2008. A month after Myanmar's cyclone left 133,000 people dead or missing. (AFP/KHIN MAUNG WIN) 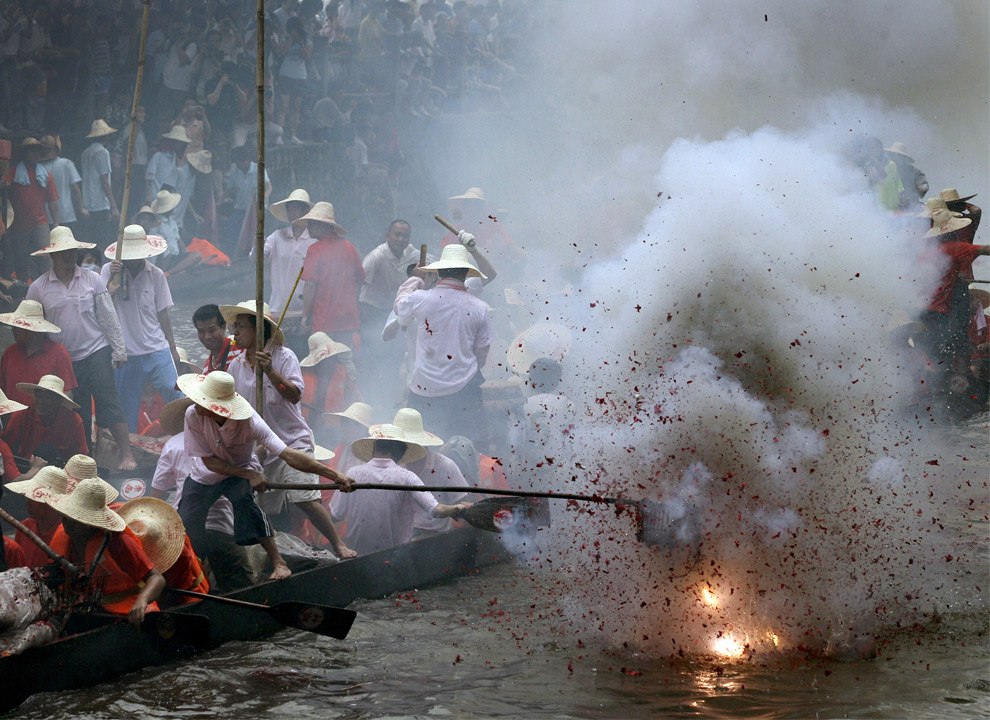 Villagers set off firecrackers on their dragon boats on a river at Liede Village in Guangzhou, in south China's Guangdong province, Sunday, June 8, 2008. Dradon Boat Festival, or Duanwu Festival, the day remembrance the annivesary of the death of patriotic poet Qu Yuan, a minister who committed suicide by drowning himself in the Miluo river in central Hunan province after his nation was conquered in 277 B.C. (AP Photo/Color China Photo) 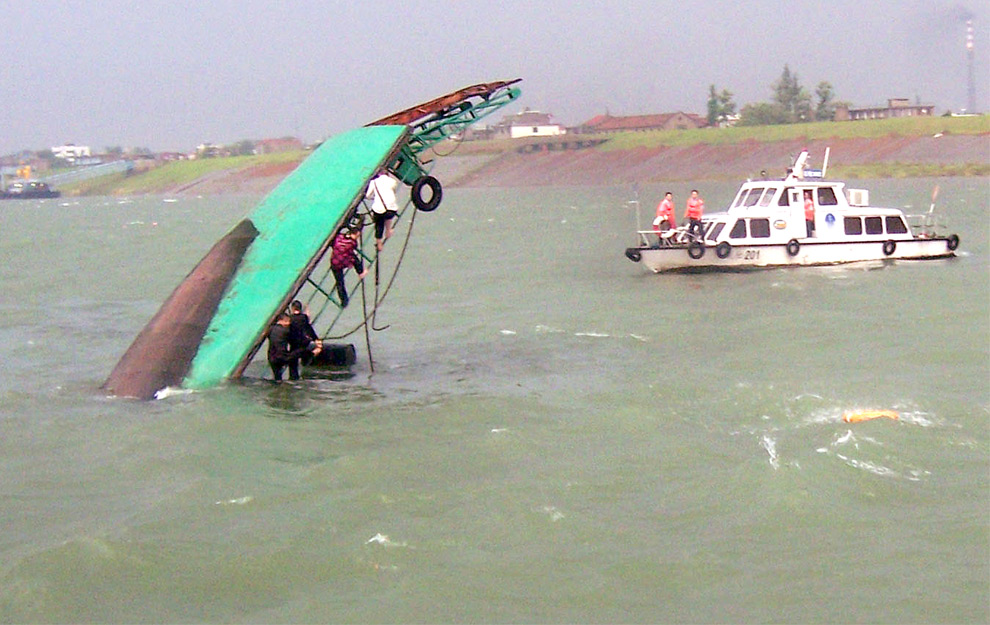 Passengers hang on as rescuers arrive to rescue them off a capsized ferry boat, where seven other passengers are missing on the Zhijiang river, a tributary of the mighty Yangtze river, after a storm hit Zhijiang county in central China's Hubei province on June 3, 2008. Torrential downpours in China have so far claimed 64 lives in 2008, with flash-floods destroying thousands of homes as well as bridges and large swathes of crops. (AFP/AFP/Getty Images) 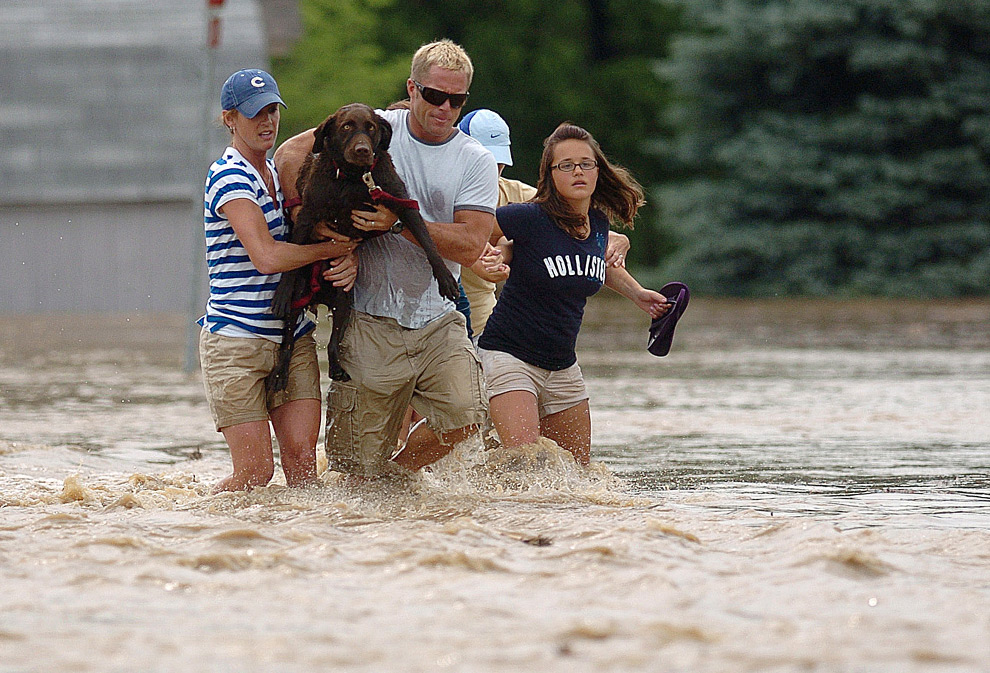 Residents walk through several feet of floodwaters to get to higher ground along Rocky Ford Road in Columbus, Ind. on Saturday, June 7, 2008. Hundreds of residents had to be rescued as floodwater shut off several areas throughout the city. The flooding resulted in one confirmed death and is estimated to have caused several millions in damges. (AP Photo/The Columbus Republic, Mike Dickbernd) 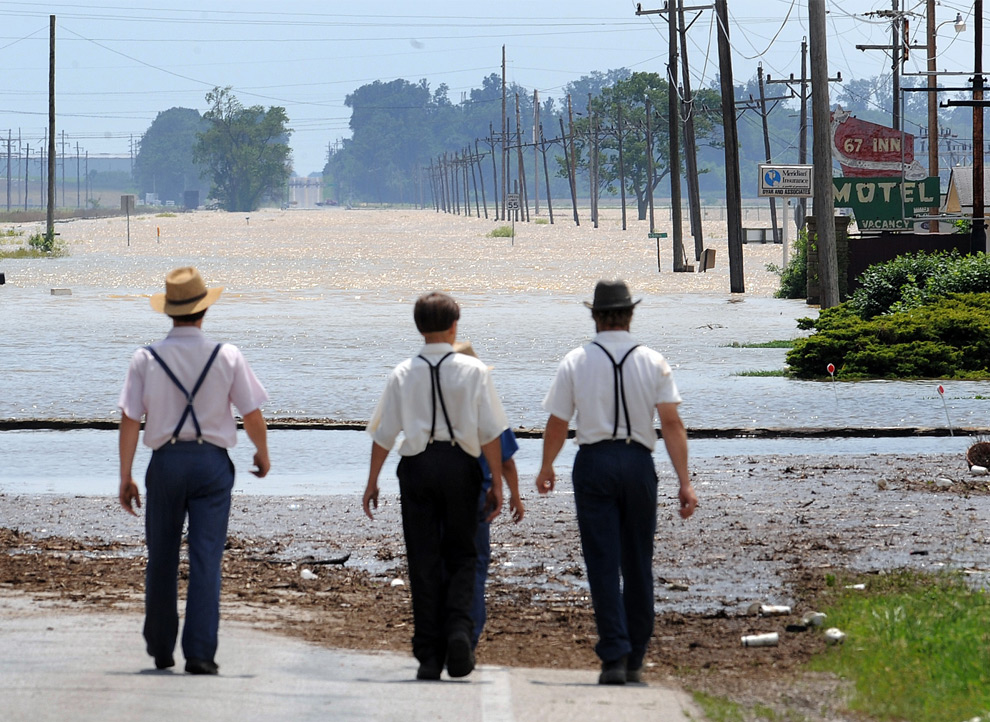 Four local Amish residents from the Worthington, Ind. area walk up to the shore of the flooding on State Road 67 where it is closed Monday afternoon just on the south side of Worthington. (AP Photo/The Indianapolis Star, Matt Kryger) 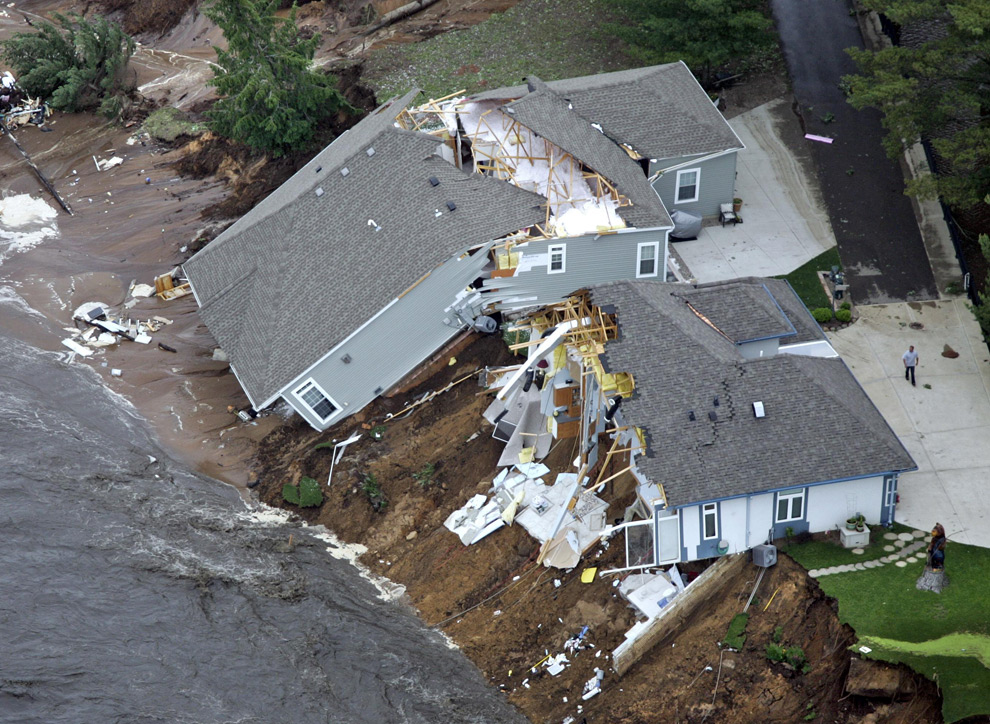 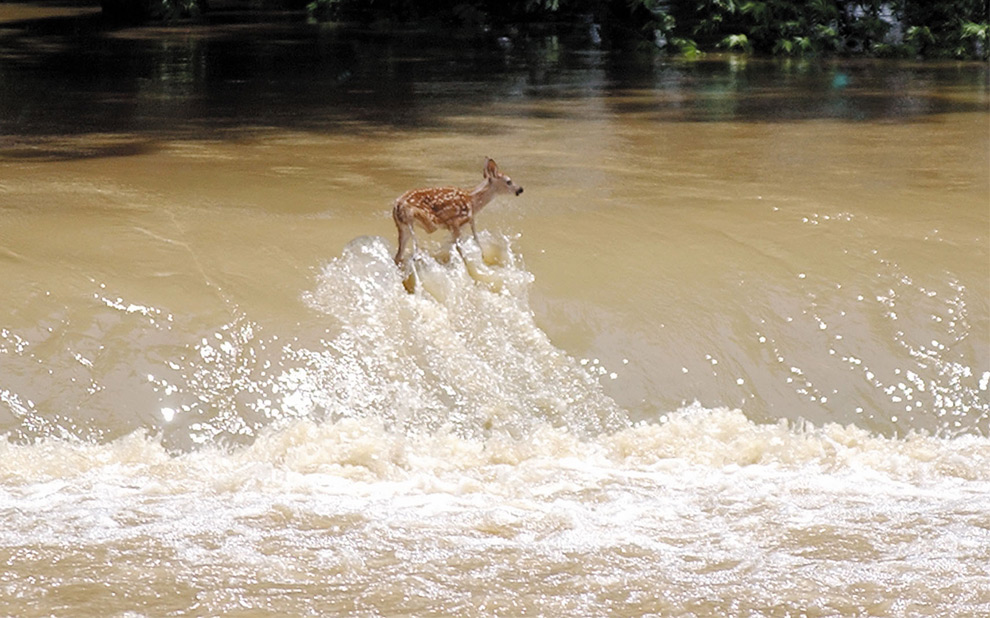 A fawn struggles against the fast flowing White River as it tries to walk along the levee on Monday, June 9, 2008 in Edwardsport, Ind. The fawn was swept off the levee, but managed to swim to a bank and make its way from the water. (AP Photo/Vincennes Sun-Commercial, Kevin J. Kilmer) 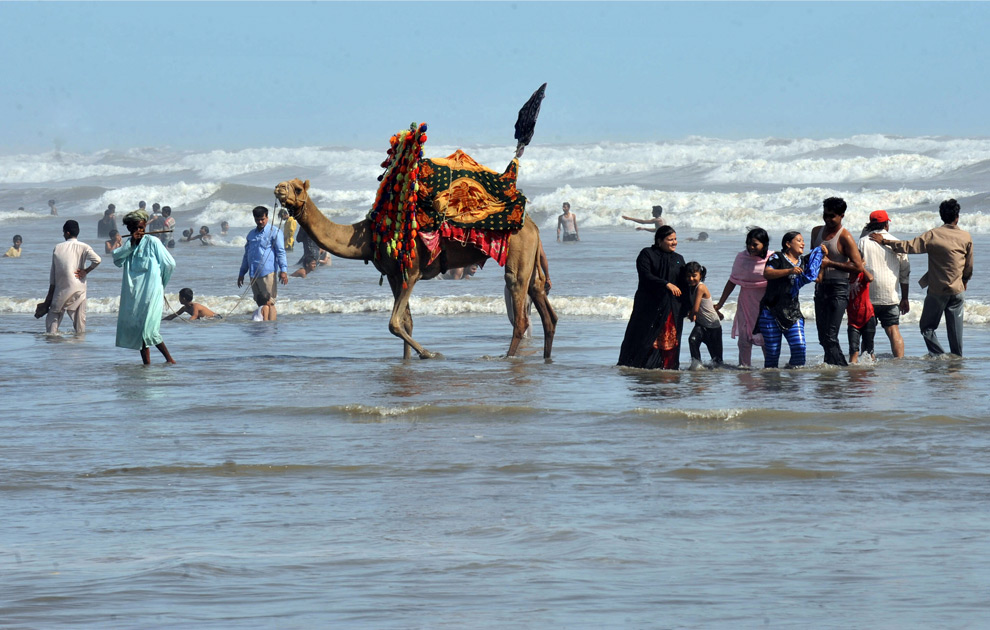 Pakistanis enjoy the shallow waters off a beach in Karachi on June 8, 2008, on 'The Day of the Oceans'. The future food security of millions of people is at risk because over-fishing, climate change and pollution are inflicting massive damage on the world's oceans, marine scientists warned this week. (RIZWAN TABASSUM/AFP/Getty Images) 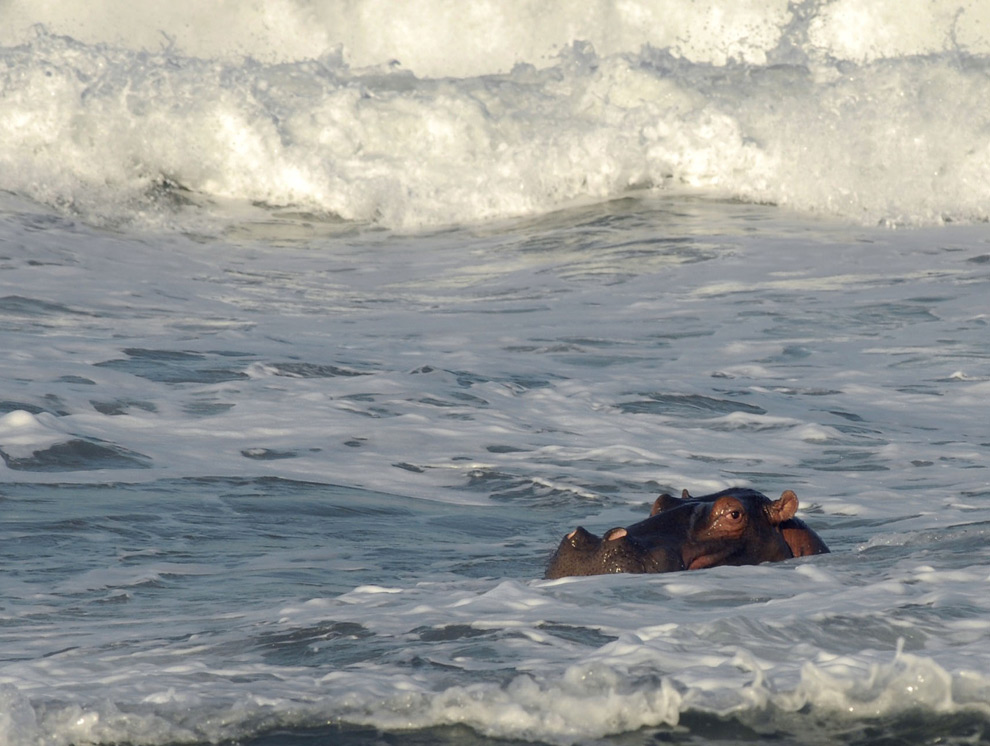 A hippo swims in the surf at Thompsons Bay, about 50km (31 miles) from Durban, May 27, 2008. It is thought that the lone young male hippo has wandered from its habitat in Richards Bay. (REUTERS/Rogan Ward)