People (and animals) all over China and the rest of the world are preparing in various ways for the 2008 Summer Olympic Games in Beijing, which begins August 8th. (18 photos total) 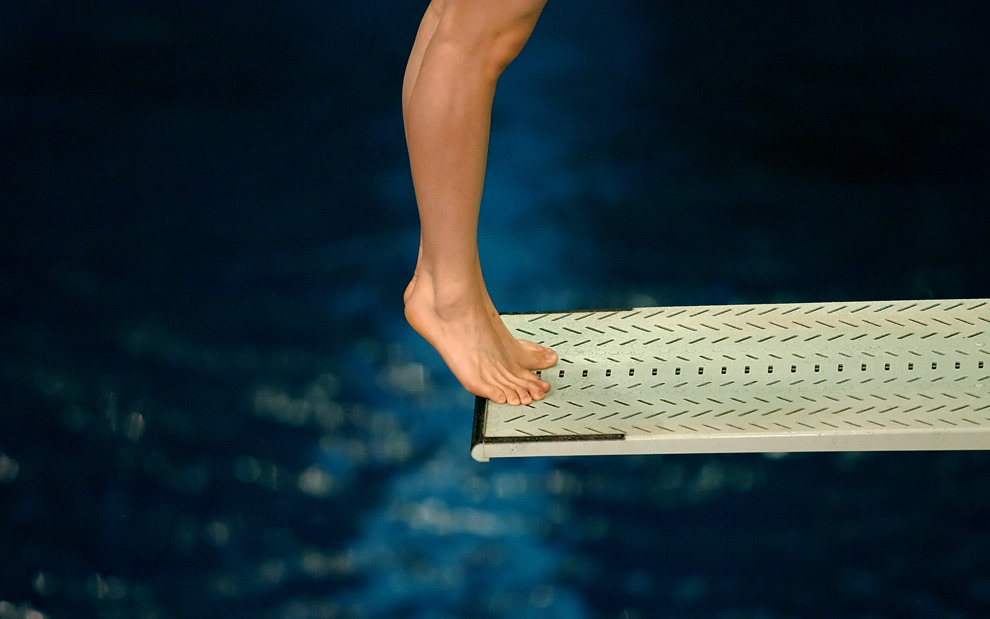 Minxia Wu of China takes part in the Women's 3m final on the second day of the 2nd FINA Diving World Series in Sheffield , May 25, 2008. Coming three months before the start of the 2008 Olympic Games in Beijing, the FINA event will attract the best divers in the world with competitors set to prove their worth to their national teams. (Leon Neal/AFP/Getty Images) 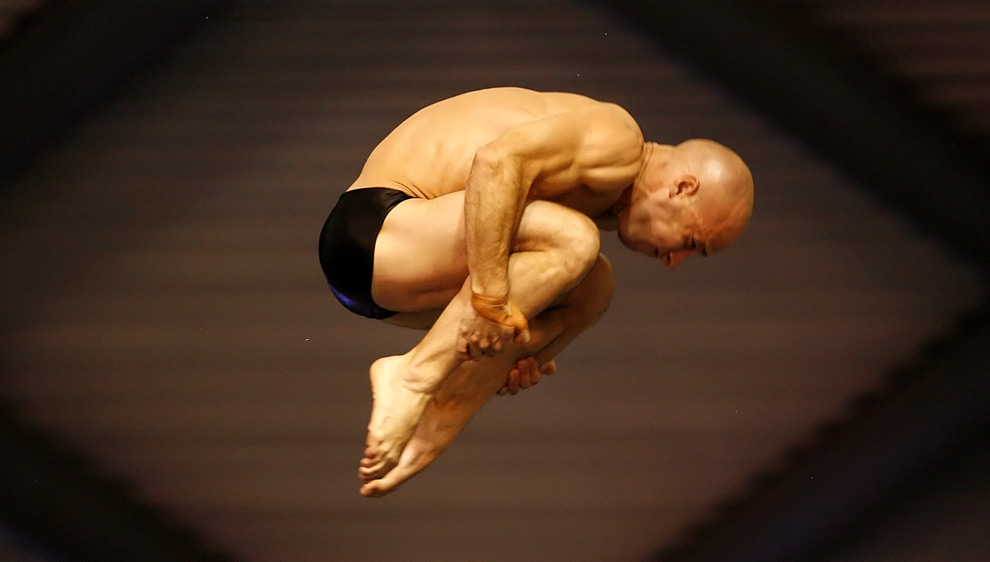 Peter Waterfield of Britain competes in the Men's platform final on the second day of the 2nd FINA Diving World Series in Sheffield , May 25, 2008. (Leon Neal/AFP/Getty Images) 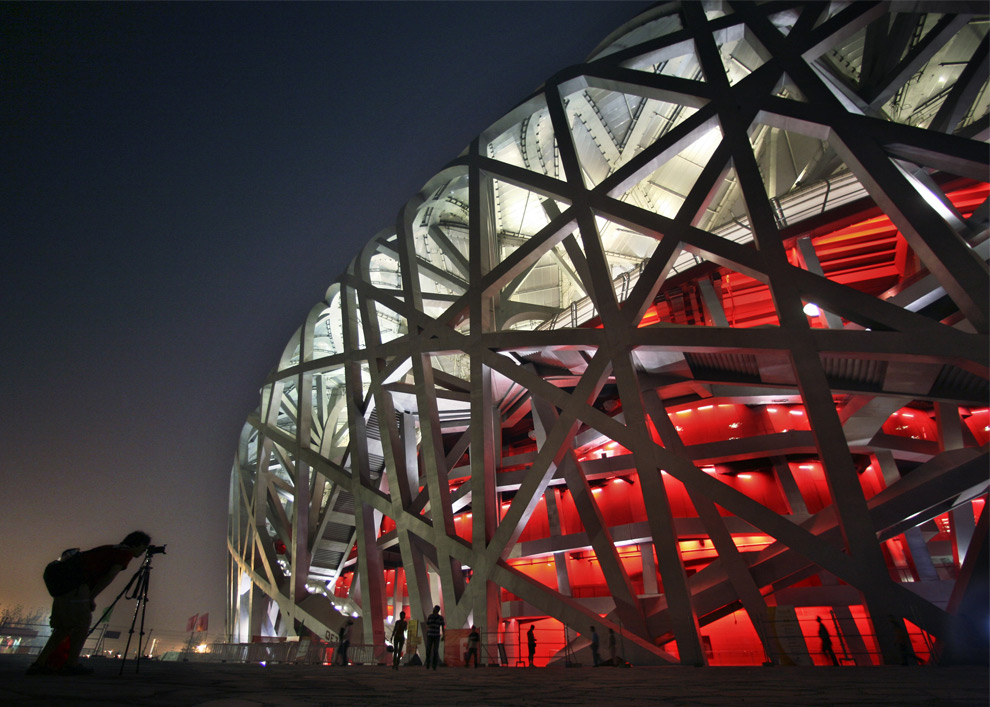 A photographer focuses on the National Stadium, also known as the Bird's Nest, Sunday, May 25, 2008, in Beijing. (AP Photo/Robert F. Bukaty) 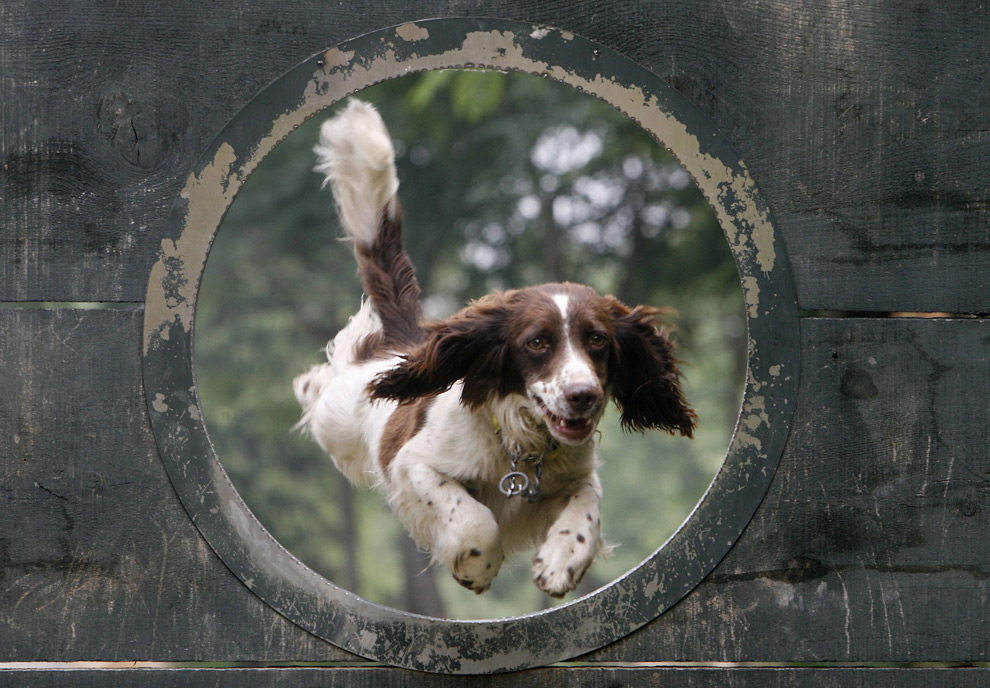 A Springer Spaniel rescue dog undergoes training as part of the Olympic Rescue Dog Team at a fire-fighting base in Beijing June 5, 2008. Beijing's first rescue dog squad, which will be used for disaster relief, are also being trained for the 2008 Olympics, local media reported. Chinese forces have conducted security and rescue drills to show the country's readiness for anything at the Beijing Games. (REUTERS/Claro Cortes IV) 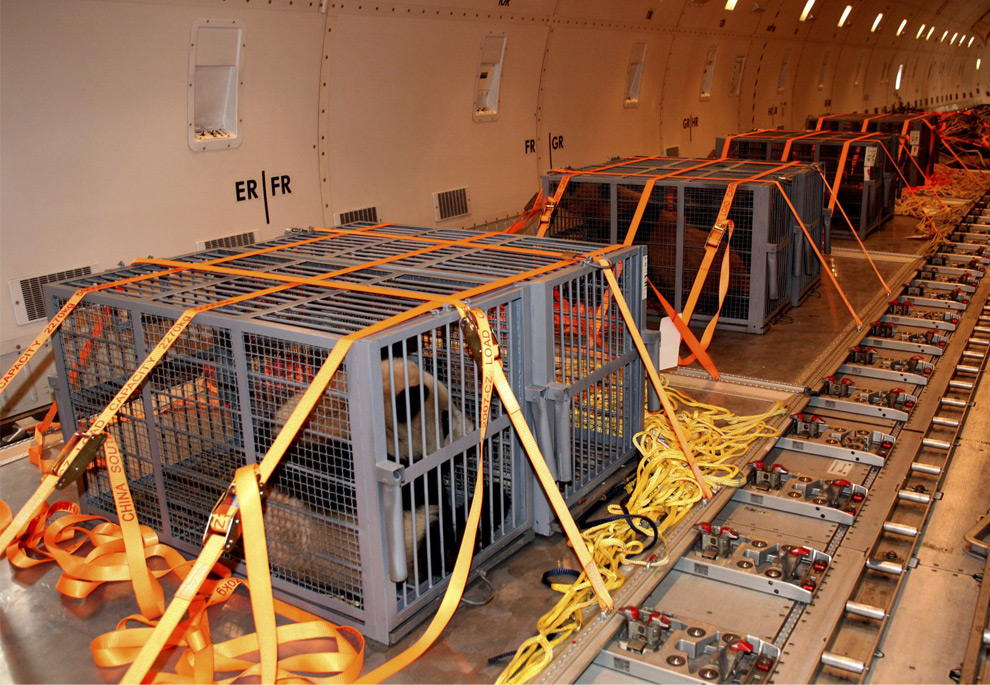 Cages loaded with giant pandas are fixed inside the cabin of a plane in Chengdu, Sichuan province, May 24, 2008. Eight giant pandas selected by netizens to add cheer to the Beijing Olympics left for the capital from their home Sichuan province on Saturday afternoon, Xinhua News Agency reported. (REUTERS/China Daily). 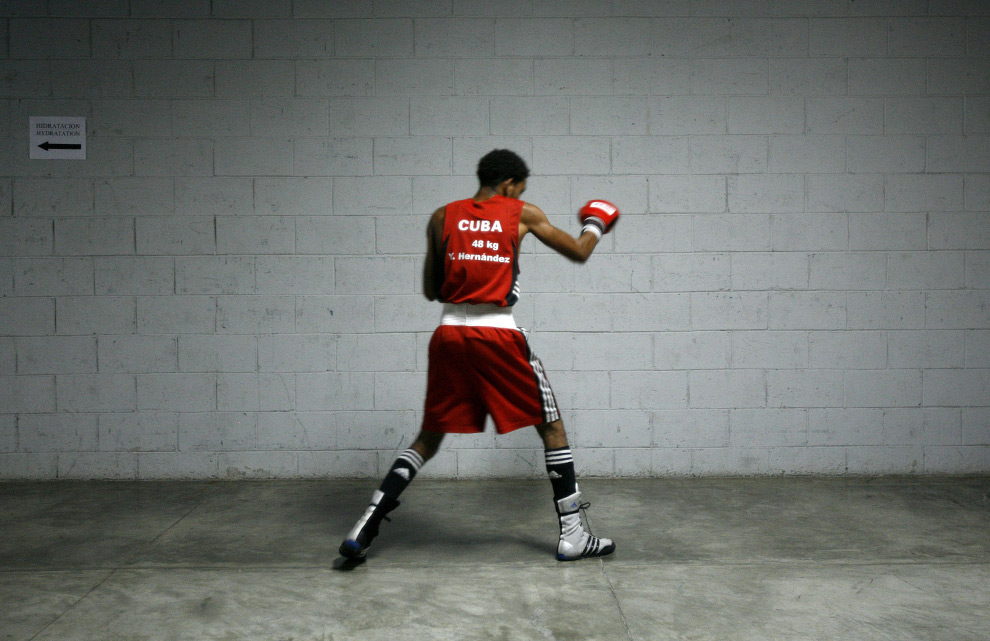 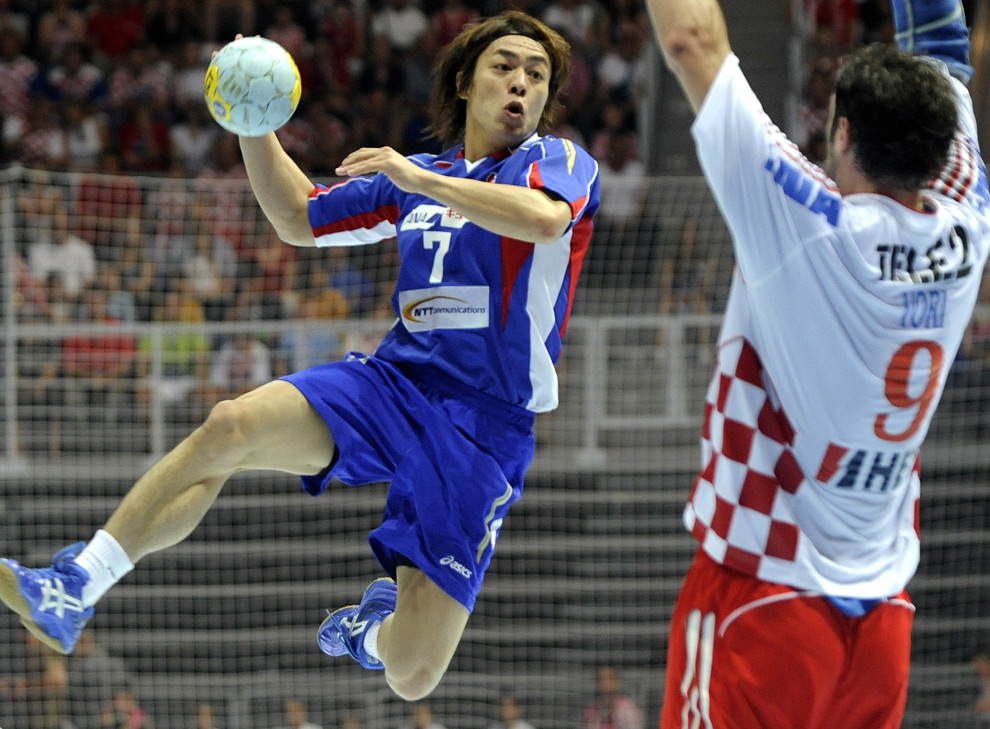 Daisuke Miyazaki of Japan tries to score over Igor Vori of Croatia during the Handball Olympic qualification match between Croatia and Japan in Zadar, Croatia on May 30, 2008. (STRINGER/AFP/Getty Images) 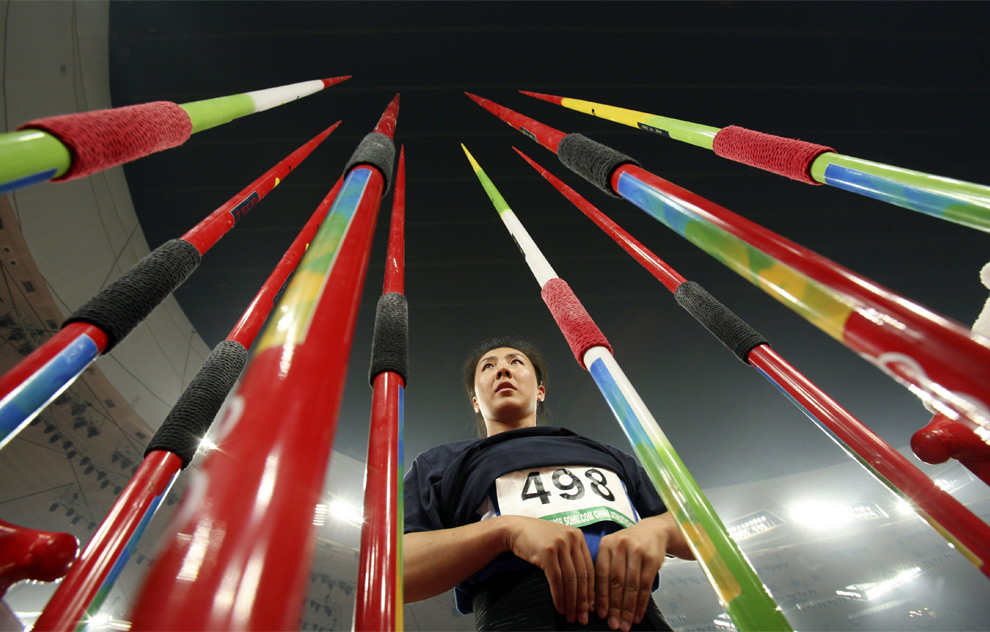 Zhang Li, of China, looks over the selection of javelins to choose from before competing in the finals at the China Athletics Open at the National Stadium, Sunday, May 25, 2008, in Beijing. (AP Photo/Robert F. Bukaty) A remote control car transports javelins back to the athletes, keeping humans out of harm's way, during the first day of competition at the Good Luck Beijing 2008 China Athletics Open at the National Stadium, Thursday, May 22, 2008, in Beijing. (AP Photo/Robert F. Bukaty) 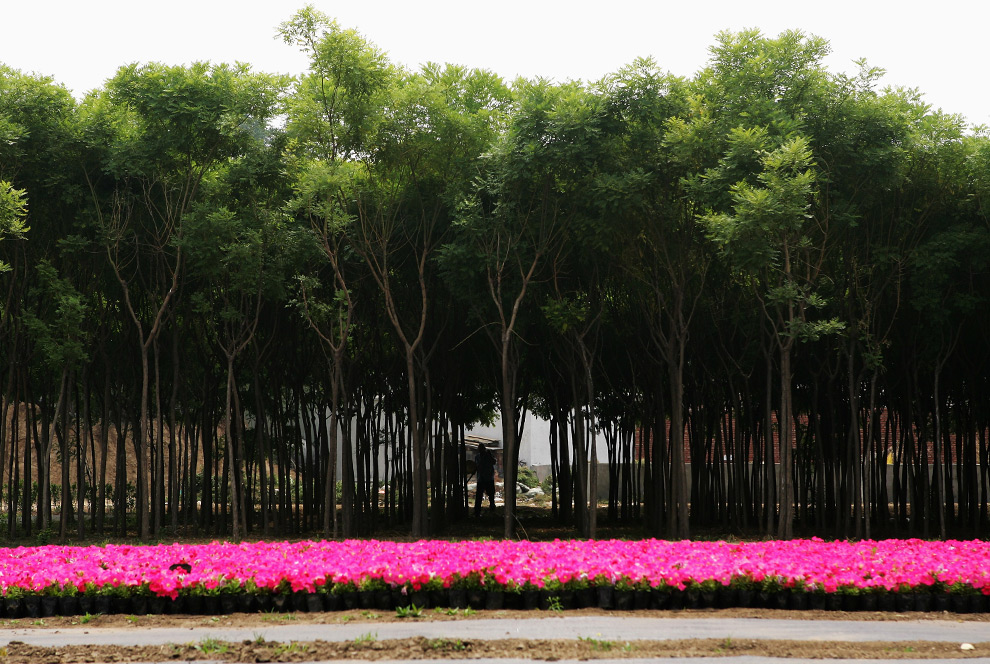 A labourer plants flowers for the Beijing Olympic Games on June 5, 2008 in Beijing, China. These flowers will be placed in Tiananmen Square, the road towards Capital Airport, the Olympic Central Zone other key areas and it is estimated that more than 40 million plants will be used during the games. (Photo by Guang Niu/Getty Images) 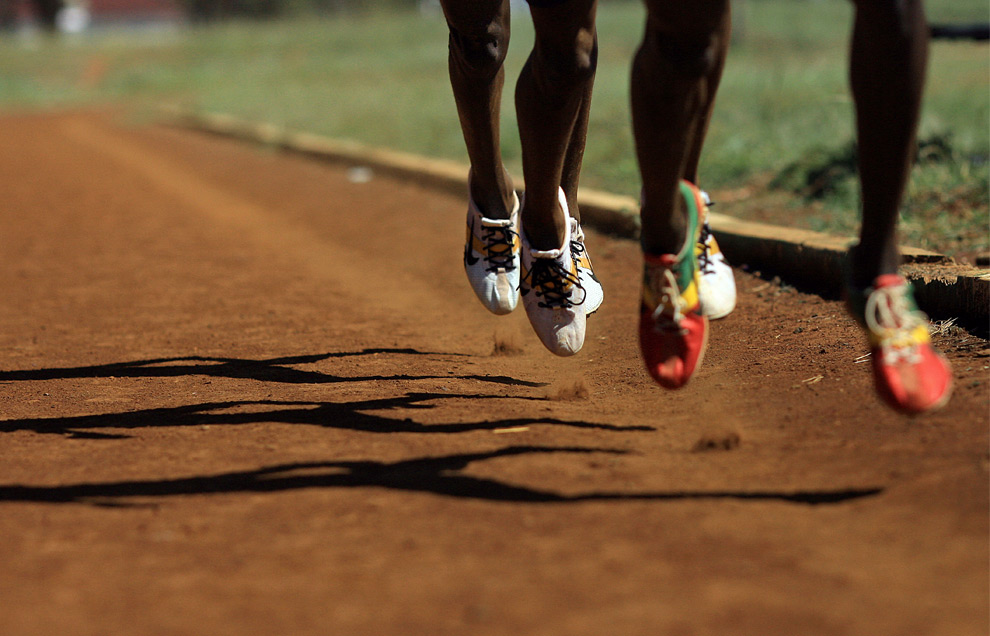 Kenyan athletes train at Eldoret's Chepkoilel stadium on May 30, 2008 in preparation for the upcoming Beijing Olympic Games 2008. Recently the Kenyan athletics federation announced the setting up of two training camps in Eldoret and Nairobi to cater for a selected team of 120 athletes ahead of the Beijing Olympic trials on July 4-5. (TONY KARUMBA/AFP/Getty Images) 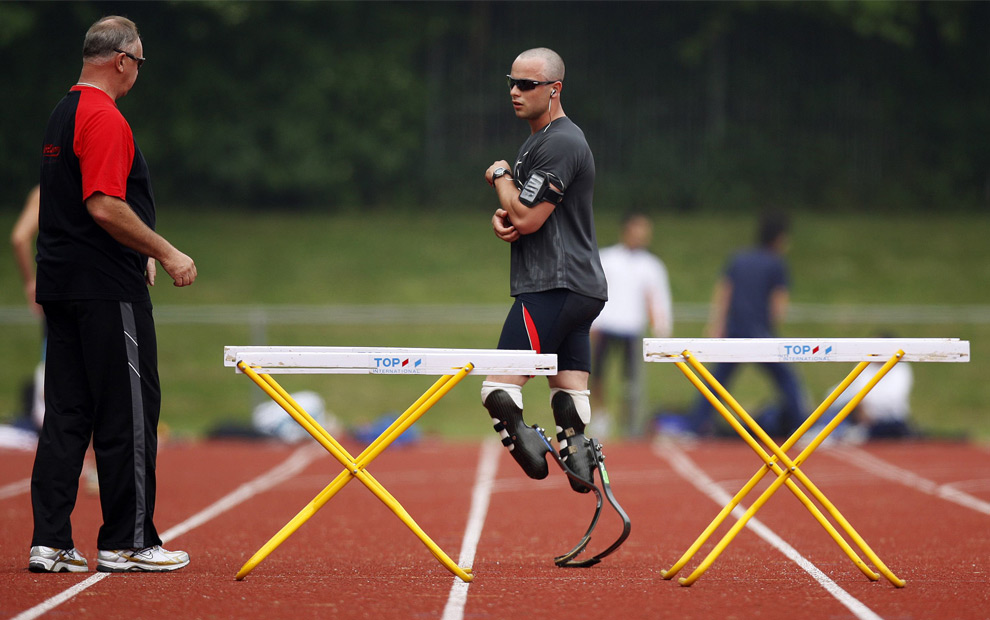 South African Double amputee athlete Oscar Pistorius exercises with his coach during a training session for the Dutch Open Paralympics event in Emmeloord May 30, 2008. Pistorius, who wants to qualify for the Beijing Olympics, expects to be in decent shape next month. The athlete told reporters ahead of the first event he will compete since the Court of Arbitration for Sport (CAS) ruled that he could compete in able-bodied events because the carbon-fibre blades attached to both legs did not give him an advantage. (REUTERS/Jerry Lampen) 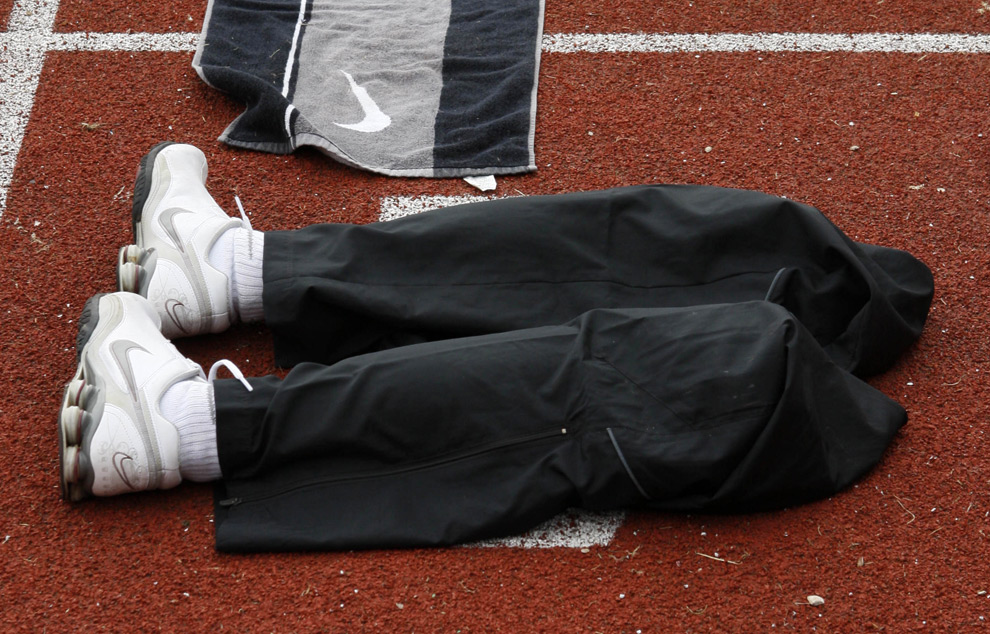 The regular prosthetic legs of double-amputee sprinter Oscar Pistorius, not his racing blades, are seen on the track as Pistorius prepares for the Dutch Open Paralympics event in Emmeloord, Netherlands, Friday, May 30, 2008. (AP Photo/Peter Dejong) 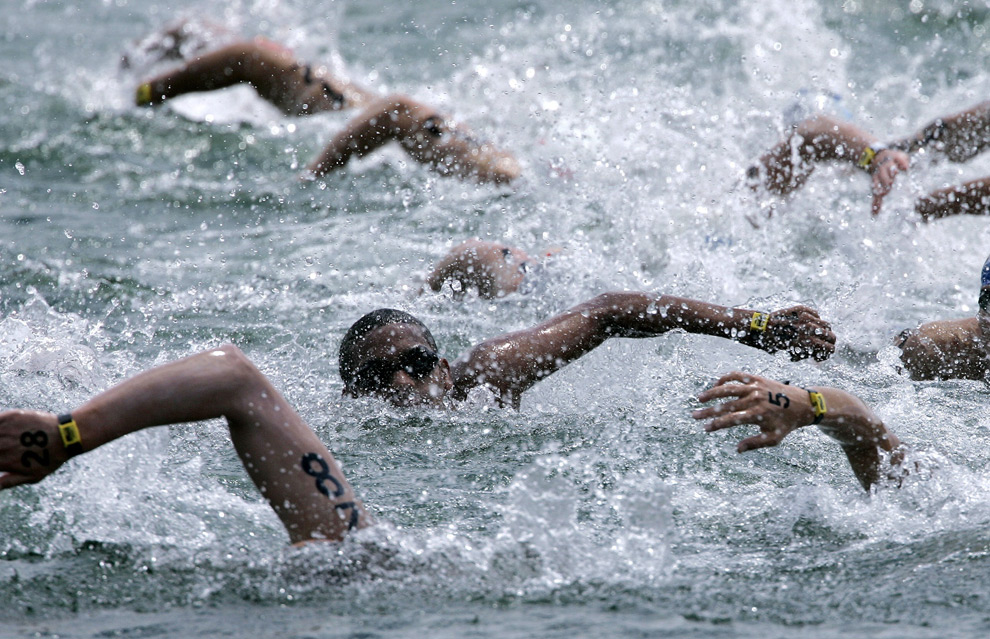 Allan Do Carmo, of Brazil, center, swim with the pack during the Good Luck Beijing Marathon Swimming Qualifications 2008, Sunday, June 1, 2008, in Shunyi, China. The 10k race is a test event for the 2008 Beijing Olympics.(AP Photo/Robert F. Bukaty) 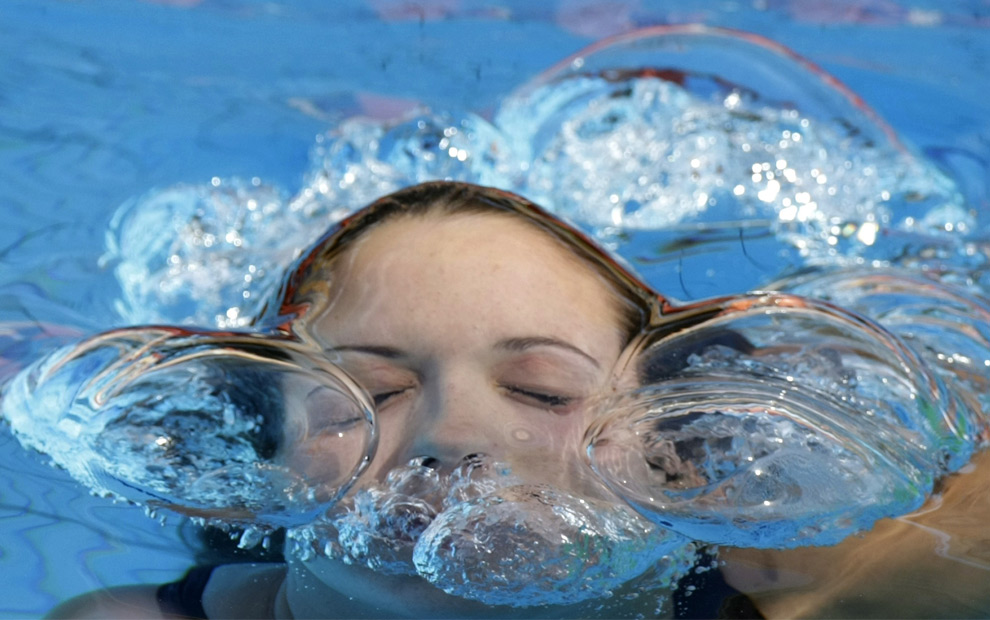 Monique Ferreira of Pinheiros club reacts after winning her women 400 metres freestyle final at the Brazilian national club swimming championships in Rio de Janeiro May 9, 2008. The national championships are the last chance for Brazilian swimmers to qualify for the Summer Olympics in Beijing. (REUTERS/Sergio Moraes) 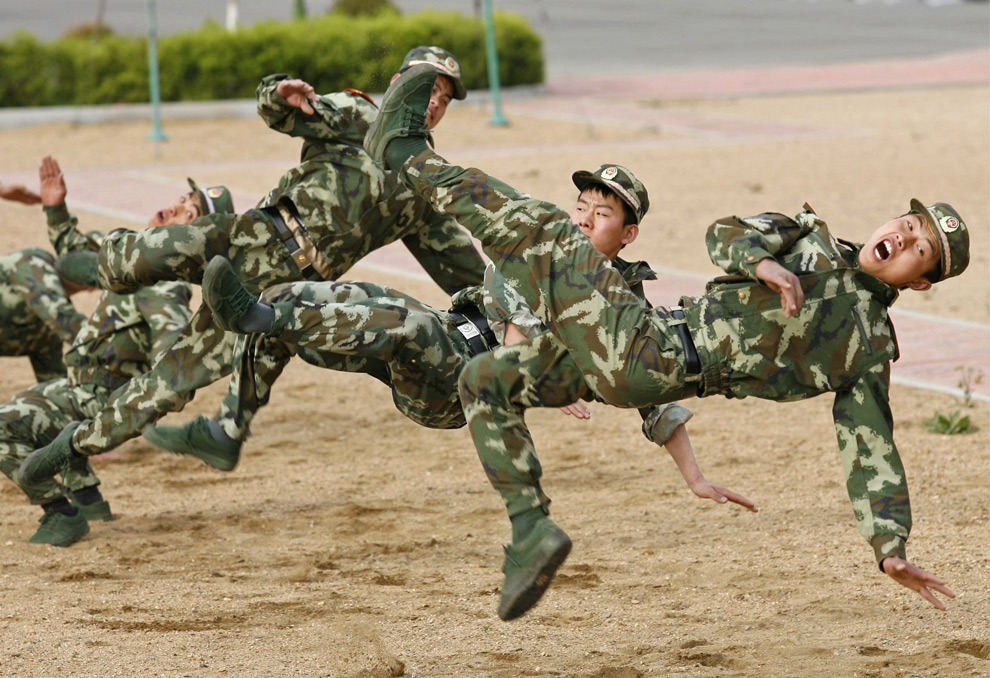 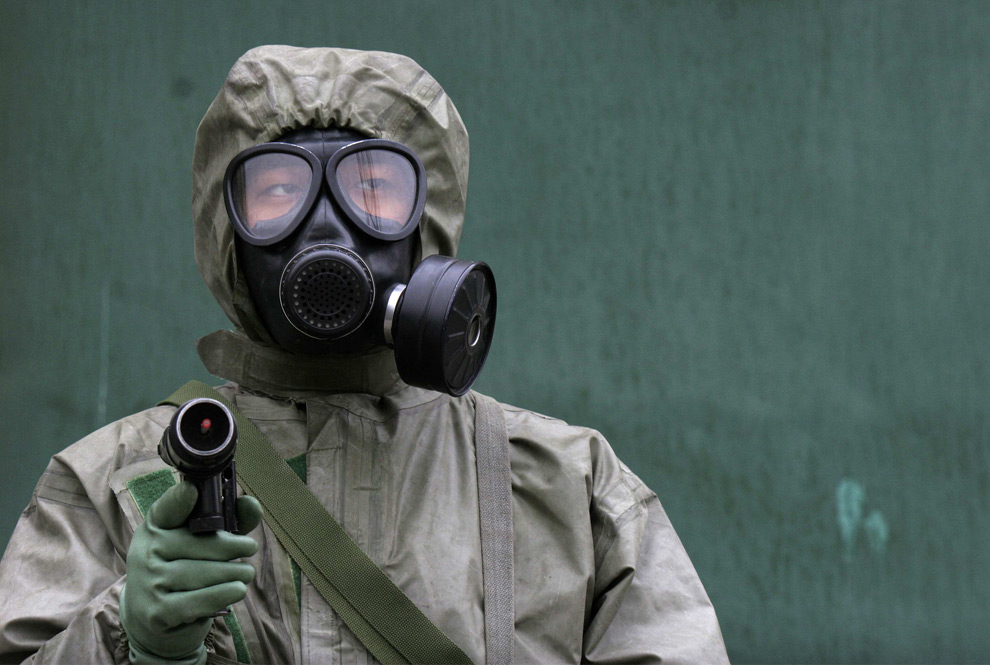 A paramilitary policeman in a protection suit takes part in a drill in preparation for the safety of the 2008 Beijing Olympic Games in Tianjin municipality May 7, 2008. (REUTERS/Stringer) 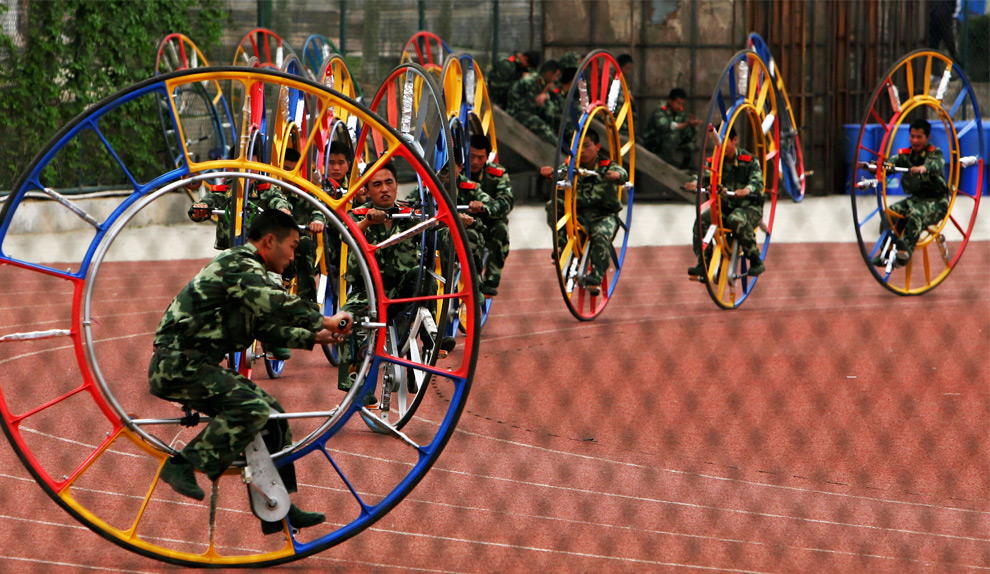 Chinese paramilitary police practise a performance for the closing ceremony of the Beijing Olympic Games on May 7, 2008 in Beijing, China. (Photo by Guang Niu/Getty Images)