As Anthony "Tony" Soprano in "The Sopranos," at left, Gandolfini was critically lauded for playing a middle-aged husband and father who was also one of the most ruthless and formidable crime patriarchs of New Jersey.

Where is he now?
In Armando Iannucci's "In the Loop," Gandolfini plays the role of a five-star general ("Tony Soprano as a gentle warrior peacenik," writes Ty Burr). He also recently starred as the mayor of New York City in the remake of "The Taking of Pelham 1 2 3" and took the stage with a major role in the February 2009 Broadway production "God of Carnage," at right. He was nominated for a Tony Award for lead actor in a play for that role (see Gandolfini on the red carpet at the Tony Awards). 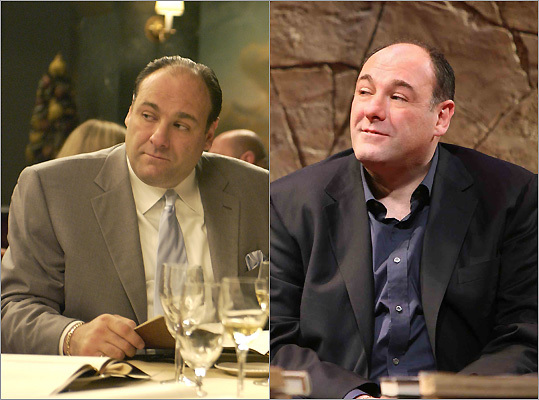