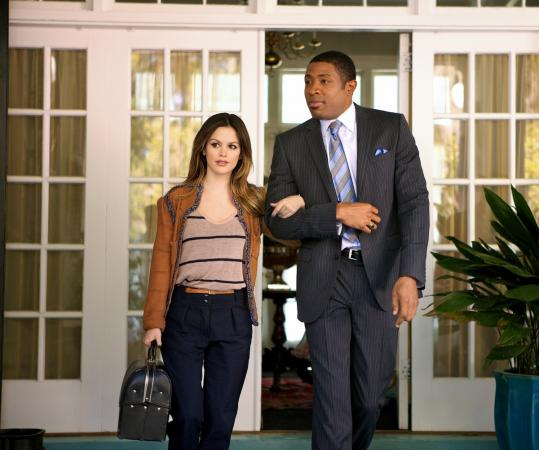 In “Hart of Dixie,’’ Rachel Bilson stars as a brilliant young doctor who - oh, I should just stop there. This new CW series, which premieres tonight, is just a mess of bad choices, from casting Bilson as a New York doctor to the lazy way the writers get her to move to a tiny Alabama town against her will. There is very little to like in this hourlong dramedy pilot, as it lunges from silly to cloying to preposterous to insulting.

Bilson is Zoe Hart who, you will be shocked to find out, needs to find a little more heart. A mysterious stranger lures her to the South, where she quickly becomes a classic fish out of water. She’s straightforward and ambitious, while all these Southerners are so darn roundabout and slow. She quickly falls into a love triangle involving nice guy George (Scott Porter) and his passive-aggressive girlfriend, Lemon (Jaime King). Zoe flirts with the local bad boy (Wilson Bethel), too, which is bound to annoy some other possessive local belle before midseason. Meanwhile, she befriends the mayor (Cress Williams), who has a pet alligator named - forced quirkiness alert - Burt Reynolds.

What’s most irksome about “Hart of Dixie’’ is that it sucks at least two really good actors into its vortex of pointlessness and cliche. Porter has done such remarkable work on “Friday Night Lights’’ and “The Good Wife,’’ and he’s capable of so much more than just playing a bland, spineless hometown guy getting bossed around by his girlfriend. And Williams just about stole the final season of “Friday Night Lights’’ as Vince’s difficult father. Like Porter, he looks as though he’s pretty disengaged from the action on “Hart of Dixie,’’ using about a tenth of his acting skills.

Will Zoe find a bedside manner in Dixie? Will she and George wind up together, or will Lemon forever sour their rapport? Hard to know, and even harder to care.

Matthew Gilbert can be reached at gilbert@globe.com. Follow him on Twitter@MatthewGilbert.