Drama about cop with keen memory is ‘Unforgettable’ only by name 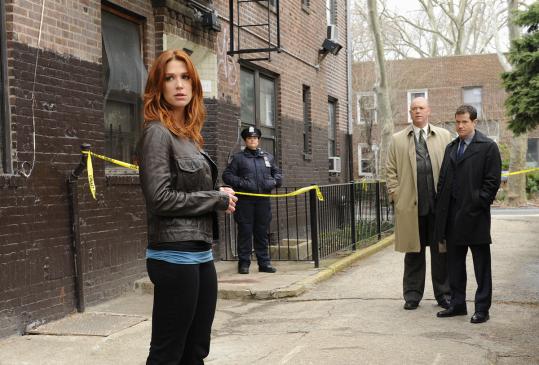 Poppy Montgomery stars as a former detective who recalls everything in her past. (Barbara Nitke/CBS via AP)
By Sarah Rodman Globe Staff / September 20, 2011

Imagine having the ability to remember almost everything about every day of your life. A handful of people diagnosed with something known as “highly superior autobiographical memory’’ can. These people, including “Taxi’’ actress Marilu Henner, can hear a date and remember exactly what they were doing, wearing, and saying among other things. If blessed/cursed with this condition, would you want to remember the time you spent watching yet another procedural on ?

The network has offered a rainbow assortment of crime shows over the years. They have included, but are not limited to, series about psychics assisting cops, faux-psychics assisting the CBI, a family of police officers, cold case cops, Naval investigators in two cities and crime scene investigators in three, as well as FBI agents specializing in serial killers and missing persons. CBS adds another butcher knife to its kitchen drawer of procedurals with tonight’s premiere of “Unforgettable,’’ and it is promptly used to stab someone.

Carrie Wells, played by a now-flame-tressed Poppy Montgomery of “Without a Trace,’’ was a detective in Syracuse, N.Y. But haunted by the unsolved murder of her sister Rachel as a child, Carrie quit the force and moved to New York City. She is now eking out a living by using her special gift to count cards by night while tenderly caring for the elderly as a volunteer by day. Irony alert: Carrie can’t forget anything, while those she cares for are losing their memories.

Her old life literally comes knocking on her door when her former partner and lover from Syracuse, Al Burns (Dylan Walsh), now a hotshot Queens detective, questions her as a witness in the murder case of one of her neighbors.

Like many of its forebears, “Unforgettable’’ - on which Henner serves as a consultant - offers a kind of TV comfort food in its familiar rhythms: The bad guy/girl does something bad. The cops figure out who/how/why with whatever tools and powers they have at their disposal. There is a slight twist. Justice is served. The End. It is neither fresh nor terrible, simply recognizable and professional.

As with other shows, the creators of “Unforgettable’’ say they plan to throw some character development into the series so it’s not simply a case-of-the-week format. This explains the former romantic entanglement of Carrie and Al, Carrie’s tragic dead sister back story, and in one of the twists in the pilot, the very personal reason as to why she volunteers at the nursing home.

It makes sense that Carrie’s powers of total recall would be an asset to Al in the pilot since she is an actual witness. But it’s unclear how they make her more than a good detective with excellent powers of observation when the murders don’t take place in her building. It does give the show the device of Carrie watching herself as she dives into her memories, however.

Naturally, she’s pulled back into the game. It doesn’t hurt that she and Al still have chemistry, he’s been doing work on her sister’s cold case, and the events in the pilot are stirring up memories of the long ago murder that even she has apparently repressed successfully.

Walsh, no doubt relieved to be freed of the late-period high jinks of “Nip/Tuck,’’ and Montgomery - playing Carrie toward the prickly, understandably know-it-all side - are fine as old lovers and partners negotiating new ground. Unfortunately, “Unforgettable’’ itself does very little of that.