THIS STORY HAS BEEN FORMATTED FOR EASY PRINTING
Fall TV preview

It's a season of contrasts, with series like 'Homeland' making cable the place for great drama, while the networks offer up shallow imitiations like 'Pan Am' -- and glimmers of comedy gold 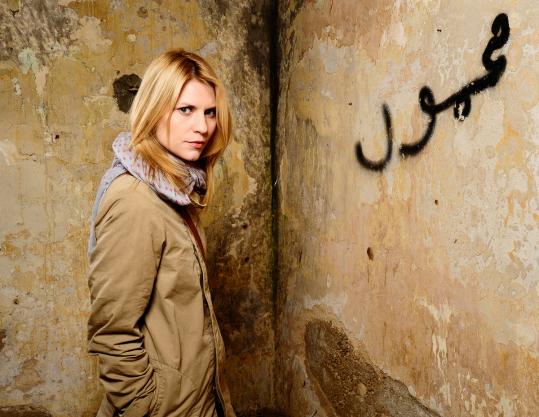 It wasn’t long ago - only a dozen or so years - when the networks were major players in the so-called New Golden Era of TV. With original dramas such as “The West Wing,’’ “Once & Again,’’ “Buffy the Vampire Slayer,’’ and “Ally McBeal,’’ visionary TV auteurs including Aaron Sorkin and Joss Whedon joined David Chase of “The Sopranos’’ in giving the medium a turn-of-the-century upgrade, begging for comparisons to art-house movies.

TV drama is still in an outrageously good place - an even better place than in 1999, really - with the kind of storytelling that can make your jaw drop (“Breaking Bad’’), your heart melt (“Shameless’’), and your soul get all musical (“Treme’’) and historical (“Boardwalk Empire’’). Sometimes, I praise the culture gods that I’m a TV critic at a moment when the “The Sopranos’’ vs. “The Wire’’ debate has given way to “Mad Men’’ vs. “Breaking Bad,’’ when Southern fried “Justified’’ is a weekly gift, when the incisive “In Treatment’’ got three intense seasons. (That’s after slamming those same gods for “Bridalplasty,’’ of course.)

But very little of this embarrassment of riches has anything to do with the networks. As the fall 2011 TV season unfolds in the coming months, one thing seems clearer than ever: The networks have lost most of their relevance in serious drama, with the exception of “The Good Wife.’’ They’re about to send a mess of scripted dramas your way, like a barrage of e-mail landing in your inbox all at once. And nearly all of those missives will be spam, not least of all the “Charlie’s Angels’’ reboot. The lack of dramatic weight from the networks has dawned gradually over the years - the Emmys have honored only cable shows for best drama since 2007 - and yet this season it suddenly seems so stark. Only the network comedies continue to compete with cable’s best.

Maybe it’s unfair to set these two children against each other, since the networks are saddled with long commercial breaks and have to step carefully when it comes to frank language, nudity, and graphic situations - issues that don’t dog cable. But the cable channels will continue to aim high and blow minds this fall, with returning gems such as “Boardwalk Empire’’ joining Showtime’s tense new POW thriller “Homeland’’ and AMC’s gnarly western “Hell on Wheels,’’ a less stylized and more story-based take on “Deadwood.’’ Starz is going to surprise with “Boss,’’ a dark Chicago-corruption opus that gives Kelsey Grammer a huge dramatic opportunity.

Meanwhile, the networks have given up, tossing out bubble gum and licorice, most of which will pass through our systems quickly. Only three network dramas from last fall survived the summer - “Nikita,’’ “Hawaii Five-0,’’ and “Blue Bloods,’’ none of them notably inventive as they mingle with the networks’ many reality contests.

Not every drama has to be as writerly as “Mad Men’’ or as emotionally honest as “Six Feet Under’’ to be good. I can appreciate an escapist hour of formulaic fluff such as “CSI: Crime Scene Investigation’’ as much as anyone. But the networks are so submissive to commercial needs that they’re becoming unable to challenge the attentive viewers that have been lured to TV over the past decade. Discerning viewers can now justifiably expect to find dramas that will defy predictability. But only “The Good Wife’’ on still tries to transcend its genre roots with more morally and emotionally faceted scripts.

Two network newcomers - Steven Spielberg’s “Terra Nova’’ and the sudsy “Revenge’’ - do have real promise, but as light entertainment rather than truly challenging drama. They’re well-made multiplex-style TV, with the special-effects-filled “Terra Nova’’ inverting “Jurassic Park’’ and “Revenge’’ picking up the “Dynasty’’ mantle.

For the most part this season, the networks have stopped trying to force cosmic mythologies and metaphysics in an effort to re-create “Lost.’’ The days of “FlashForward’’ and “The Event’’ seem to be over. But the fall shows “Grimm’’ and “Once Upon a Time’’ do nonetheless dabble a bit in murky sci-fi, merging real life with fairy tale characters. Both are ambitious, but neither adds complexity to basic good-vs.-evil plotting. “Person of Interest,’’ which CBS is dropping into the plum “CSI’’ slot, strains for big mystery with a machine in New York that can predict crimes. It’s a dull sci-fi-tinged procedural in need of a more dynamic lead than Jim Caviezel.

I don’t doubt that some of these shows might have made diverting movies, but as ongoing stories, they tend to get mired in their premises. They fail to truly exploit the strength of series TV, which is the power to take characters’ lives forward in time. Sarah Michelle Gellar’s “Ringers’’ might have made a brand-friendly one-off movie on Lifetime, about twin sisters caught up in mob intrigue. But as a series it’s limited and uninviting.

The networks betray some “Mad Men’’ envy this season, with two early-1960s melodramas, “The Club’’ and “Pan Am.’’ Essentially, they are predictable nighttime soap operas dressed in pill-box hats and smeared with Brylcreem. “Pan Am’’ is the better show, but neither goes beneath the surface, vaguely addressing issues of misogyny and racial inequality while keeping the ad-friendly emphasis on the change that’s gonna come. The sexism on “Mad Men’’ is an exercise in anti-nostalgia that can be excruciating to watch; the sexism on these shows is more of a tsk-tsk situation.

The networks’ overused special-gifts trope continues to soldier on, with still more doctors and cops like Patrick Jane on “The Mentalist’’ exhibiting quasi-magical procedural powers. In the forgettable “Unforgettable,’’ Poppy Montgomery, with an Aussie-merican accent, plays a woman who remembers everything, which somehow helps her solve homicides, and in the hokey “A Gifted Man,’’ Patrick Wilson is a brilliant surgeon whose dead ex-wife, played by Jennifer Ehle, guides him through life. These are decent actors in subpar series.

Now here’s the twist. While the networks appear to have settled for second best in drama, they still have the spark when it comes to comedy. A few new comedies may have what it takes to fit in beside the still-strong likes of “Modern Family,’’ “Parks and Recreation,’’ “Raising Hope,’’ “Community,’’ and “30 Rock.’’

“Suburgatory’’ gives a fresh spin to familiar culture-clash material, as a teen girl and her single father move from Manhattan to the ’burbs. “Up All Night’’ could be a likable hit, with Will Arnett and Christina Applegate as new parents working to remain adults and individuals. “New Girl’’ is a treat for anyone who has ever liked Zooey Deschanel and her gorgeous-geek charm. And I’m looking forward to seeing more episodes of “2 Broke Girls’’ and “Free Agents,’’ both of whose pilots have glimmers of potential.

Like “Modern Family,’’ these shows have familiar sitcom setups - fish out of water, parents at their wits’ end, singles looking for love, office mates flirting with romance. But they are built on the most solid of foundations - character-based humor, rather than stand-up-style one-liners and farcical contrivances. Not all the new comedies shine, as “Man Up,’’ “Last Man Standing,’’ and “How to Be a Gentleman’’ regurgitate generic masculine stereotypes. But the good ones don’t completely pale beside their cable counterparts, such as “Curb Your Enthusiasm,’’ “Nurse Jackie,’’ and “Bored to Death.’’ They shoot for excellence as much as they reach for audience.

Memo to networks: Get back to the business of good drama. Don’t give up on us.