‘The Killing’ goes deeper than your average procedural 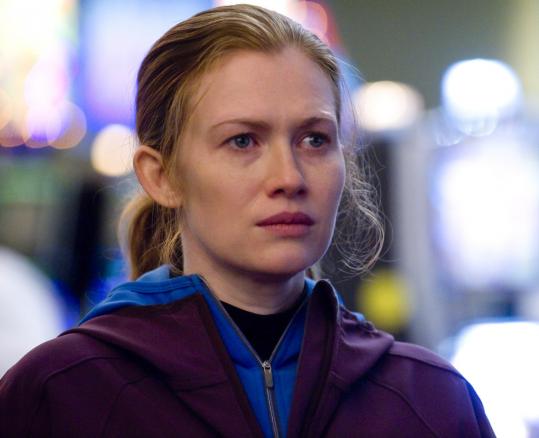 How well do you really know the people in your life?

That has been one of the questions running through the first season of “The Killing,’’ adding an extra bit of existential ache to the ubiquitous cloud cover and the endless, endless rain. As the compelling Seattle drama has unfolded across 12 episodes so far, secrets have come tumbling out of almost every central character. Even the dead teen herself, Rosie Larsen, has continued to surprise after her murder, with facets unknown to her family still coming to light.

While these damning and redeeming secrets have slowly emerged — Stan’s renewed mob connections, Aunt Terry’s escort work, Bennet Ahmed’s liberation of a Somali girl, Detective Holder’s recovery from addiction — “The Killing’’ has expanded from a conventional whodunit into something more querying and trenchant. It has been a familiar TV procedural with weekly red herrings and suspects — and yet it has also been a moody portrait of the human instinct to rush to judgment. As the AMC show wraps for the season on Sunday at 10, the writers have succeeded in giving us both a pulpy mystery and a look at how the truth will arise in its own idiosyncratic way.

The “Killing’’ writers have taken full advantage of one of the best attributes of TV storytelling: time. By stretching one case across a season, they’ve been able to delve into every byway on the journey to resolution. I’ve loved the way the show has lingered on the grief of Rosie’s parents, Mitch and Stan, played with grim stoicism by Michelle Forbes and Brent Sexton. On most TV murder mysteries, the victim’s parents make brief, tearful appearances before the action moves on to juicier plots involving suspects and evil deeds. But “The Killing’’ has followed Mitch and Stan into their pit of despair, and shown their relationship break apart in a crush of lies. We were introduced to them with an afternoon sex scene, and now, only days later, we watch them seethe with hatred, separated by a glass prison wall.

The homicide detectives, too, have gradually revealed themselves. The pair, initially a tentative odd couple, have subtly become peas in a pod, both of them private, easily addicted, and estranged from their personal lives. Stephen Holder, who is now one of TV’s best characters thanks to Joel Kinnaman’s scrappy, disheveled performance, isn’t the smartass we thought he was. He’s humane, flawed, and funny. Sarah Linden, hauntingly portrayed by Mireille Enos, is working out a deep sense of injustice from her childhood in foster homes as she obsessively tracks Rosie’s killer. She is still obscure, still not quite unmasked.

I want to know more about both detectives, which makes AMC’s recent renewal of the series all the more pleasing. Some fans were disappointed when episode 11, called “Missing,’’ stood back from the Larsen murder to chronicle Linden and Holder search for Linden’s son, Jack. I found that hour valuable, not just as the foundation for another season, but as a settling of Holder and Linden’s distrust. It was a moment of peace for them and for us, before the Larsen case began to build to a crescendo.

No, “The Killing’’ has not been a cable drama on the level of AMC’s other greats, “Mad Men’’ and “Breaking Bad.’’ There were a few cringe moments in the season; we were taken on one too many useless detours and some of the political plot involving the Richmond campaign was marred by stock characterization. If you were comparing “The Killing’’ to the extraordinary likes of “The Wire,’’ you would have been sorely disappointed. Better to hold “The Killing’’ up beside the networks’ procedurals, in order to understand its strengths. It was the best 13-hour episode of “Law & Order’’ ever.