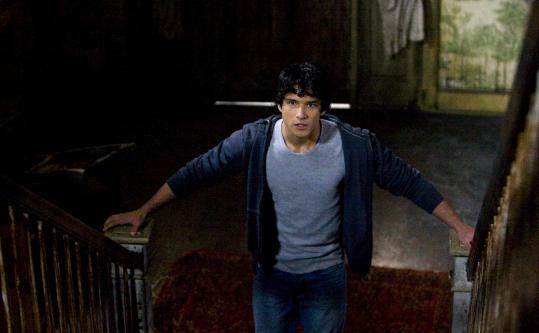 Horror hearts high school 4eva. They make an enduringly fascinating couple. Gothic monsters, particularly vampires and werewolves, are perfect and perfectly flexible metaphors for the torture and melodrama of the impossible years. Nightly blood lust, terrifying monthly episodes, the sudden growth of hair, the sense of immortality — these horror tropes can be used to represent the internal pains of a changing body just as easily as the external threats posed by those vulturous boys in the back of the class.

In MTV’s new series “Teen Wolf,’’ adapted from the 1985 Michael J. Fox movie, young Scott (Tyler Posey) is bitten by a wolf and winds up with a mixed blessing. On the one hand, his eyesight and hearing now operate at superhero levels, and his new agility transforms him from an asthmatic nerd into a lacrosse star. He also now stands a chance with the new girl in town, Allison (Crystal Reed). On the other hand, well, you know — full moons, uncontrollable aggression, fangs, yellow eyes, pointed ears, and, perhaps the worst indignity, very bad sideburns. Scott is growing up, with all the gains and losses that implies.

And that’s the gist of the show, which premieres Sunday night at 11. Show creator Jeff Davis doesn’t bring much of anything new or vital to the table, as the show cycles through all the clichés of being a high school geek crushing on a girl who looks 10 years older than you. “Teen Wolf’’ is sharing the TV world right now with some far more inventive monster series, including “True Blood’’ and the BBC version of “Being Human,’’ and it’s arriving in the wake of “Buffy the Vampire Slayer.’’ The bar is so much higher than this overly familiar material, which borrows a few foggy atmospheric tricks from the “Twilight’’ movies as Scott runs through the woods.

The clichés extend from the jock with the perfect features, Jackson (Colton Haynes), who bullies Scott, to Scott’s hyper-verbal best friend, Stiles (Dylan O’Brien, who looks like a young River Phoenix). Even the special effects and makeup look as though they’ve been created with only a smidge of imagination and excitement. The show plays out with a generally lackluster vibe, except in the performances of Posey and O’Brien, who wisely choose to avoid heavy-duty brooding and pouting. Perhaps a Freudian twist hinted at in the premiere, or Scott’s fraught relationship with an older werewolf, Derek (Tyler Hoechlin), will bring some originality to the proceedings.

I hate to hate on “Teen Wolf,’’ to be honest, because it is part of MTV’s recent effort to get into scripted series. After years pushing vapid unscripted soaps such as “The Hills’’ and spectacles such as “Jersey Shore,’’ the youth channel seems to have recognized the need for programming that’s less transient and expendable than reality TV. A prominent “Teen Mom’’ joke in the “Teen Wolf’’ premiere, when the topic of safe sex comes up with Scott’s mom, implies as much. But MTV’s scripted choices so far, including “Skins’’ and “The Hard Times of RJ Berger,’’ have been interesting but ultimately disappointing. And “Teen Wolf,’’ so bland from the get-go, doesn’t promise to change that streak.