WTKK’s step may reflect a shift in radio culture 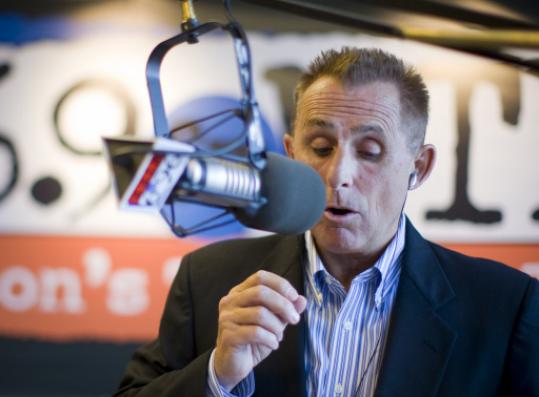 Severin was let go because he did not maintain an “appropriate level of civility and adhere to a standard that respects our listeners and the public at large,’’ according to a statement released by Greater Media Inc., which owns WTKK. “Unfortunately, it had become clear at several points in the past two years that Jay was either unwilling or unable to maintain our standards on the air.’’

Severin, who signed a seven-year contract in 2006 that pays him close to $1 million a year, was suspended last week for defending the idea of a boss sleeping with female staffers. He had done so himself, he said, “because I could.’’

Although his show had struggled in the ratings in recent years, Severin’s firing may signal a diminished appetite for incendiary talk. Michael Harrison, publisher of the radio industry magazine Talkers, said there has been a gradual change in the culture of talk radio.

Boston has had its share of talk-show controversies over the years.

In 1998, the shock-talk duo Opie & Anthony was fired by WAAF after broadcasting a bogus April Fool’s report that Boston Mayor Thomas M. Menino had been killed in a car accident. In 2003, WEEI’s highly rated morning hosts John Dennis and Gerry Callahan were suspended for two weeks after comparing a gorilla that had escaped from Franklin Park Zoo to a Metco student.

And in 2006, WRKO suspended former host John DePetro for using a slur for homosexual in reference to then-Turnpike Authority chairman Matthew Amorello.

Severin’s tenure had been particularly tumultuous. A self-described libertarian and “rock ‘n’ roll Republican,’’ he arrived on local airwaves in 2000 and immediately displayed his fondness for rhetorical bombshells. He used a crude epithet to refer to Hillary Rodham Clinton, called President Obama “demonstrably a racist,’’ and said that in his world “the poor and stupid would starve.’’

Severin was pulled off the radio in 2009 after he called Mexican immigrants “primitives,’’ “leeches,’’ and exporters of “women with mustaches and VD.’’ He returned to the air a month later, apologizing for his “hurtful, unkind, and wrong’’ commentary. Severin did not return calls yesterday, but his attorneys, George Tobia and Laura Studen, did.

“It’s pretty transparent that this is no more than the station’s interest in saving money,’’ Studen said. “Jay’s the highest paid guy at the station and they have a ratings problem, so they look at his contract. Jay’s going to pursue all of his rights under his contract. He was terminated for no cause. This is a thinly veiled attempt to get out from under his contract.’’

Greater Media management would not comment beyond its e-mail statement, but a person close to the decision to fire Severin said his salary had little to do with the decision to terminate him.

“This was quite simply about a guy who ran out of second chances and just couldn’t maintain basic civility on the air,’’ said the source, who spoke on the condition of anonymity because he was not authorized to speak publicly. “It’s not about money. They will lose advertisers who believed in and supported Jay. But it was the only credible and honest way to deal with it.’’

For now, Michael Bower, who was Severin’s occasional cohost on the 2-6 p.m. show, will take over while the station reviews its programming option for the time slot. By midafternoon yesterday, Severin had already been removed from WTKK’s website.

The firing did not come as a complete surprise to some observers, who suspect that Severin’s high salary and also-ran ratings had become a problem for his bosses.

“I’d guess it was a business decision,’’ Harrison said. “If you have a controversial host, you have to put up with a lot of heat from special interest groups and, sometimes, the FCC. If the host is worth it, you keep him or suspend him. But when the heat outweighs the benefits, you get rid of him, and I’d say that’s what happened in this case.’’

Since instituted a new digital ratings system two years ago, the numbers for Severin’s show, once a leader among 25-to-54-year-old listeners, have been lackluster, Harrison said. In the most recent ratings period, his show ranked 16th in the demographic.

“You can be sure of a company’s motivations,’’ said Ari Rabin-Havt of the liberal media watchdog group Media Matters for America. “But obviously [Severin’s] shtick had gone too far in the past and his most recent comments went to personal conduct, and Greater Media made the decision that they didn’t want that conduct at their company.’’

Severin’s most recent suspension came for comments he made March 29, while discussing the case of chairman and chief executive Dov Charney, who is being sued for sexual harassment by two former female employees. Severin called the women “whores and liars’’ and said they belong in jail. He went on to say that he had slept with interns.

“Those girls that got to sleep with me got to know their boss better, they got to go on trips, they got to travel in some cases to various parts of the world, to see things and meet people that they never would have seen or done,’’ he said.

Severin said he saw no problem in his behavior. “I don’t think of myself as a monster or strange in any way because of that. All I was was a young man who was the boss, and I did it because I could.’’

Stations are less inclined to back a controversial host if ratings are low, Rabin-Havt said. Two years ago, when Severin made derogatory comments about Mexican immigrants, organizations such as the Massachusetts Immigrant & Refugee Advocacy Coalition and the Retailers Association of Massachusetts lined up to protest.

And Governor Deval Patrick, who does a monthly “Ask the Governor’’ segment with WTKK morning hosts Jim Braude and Margery Eagan, said he was “embarrassed to be associated with the station.’’

In suspending Severin that time, Greater Media issued a statement affirming its commitment to “basic principles of civility, common decency, and respect for all cultures.’’

Mark Shanahan can be reached at mshanahan@globe.com.