‘Wishful Drinking’ a guided tour through a dysfunctional past 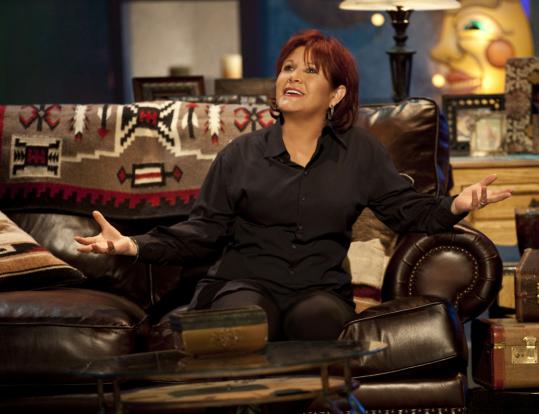 We tend to think that tabloid culture is a monster of our own making. But while it’s certainly bigger and badder than ever, thanks to the reach and speed of the Internet and the sharp claws of TMZ, it has been feeding us celebrity soap opera for decades.

As Carrie Fisher points out in HBO’s “Wishful Drinking,’’ a film of her one-woman stage show, her parents were the Brad Pitt and Jennifer Aniston of their day. When Eddie Fisher left Debbie Reynolds for Elizabeth Taylor in the late 1950s, it was as scandalous as when Pitt left Aniston for Angelina Jolie. Early in the movie, Sunday at 9 p.m., Fisher uses a giant board with photos to chronicle the affair, including the stories of her own later romantic misalliances. She guides us through her epic broken-family tree, wandering across the stage in comic disbelief, talking directly to the audience about her misguided parents in nasal, ironic tones.

Are you still interested in Fisher-Reynolds-Taylor gossip — what would now probably be called the Edlizabeth story? Will you still be interested in Brangelina in 2060, when, say, Maddox Jolie-Pitt does his own one-man show, “Kitsch-filled Thinking’’? Fisher’s obsession with her parents and stepparents can be a little tiresome, to be honest, even while her tales of Hollywood absurdity remain outrageous, such as when her mother suggested she carry a child fathered by one of her post-Eddie Fisher husbands. Fisher even starts to seem boastful of her dysfunction after a while, one of those people whose drama is always bigger than yours. At one point, she proudly says she is in the “Abnormal Psychology textbook.’’

Fisher also dishes on her relationship with and short marriage to Paul Simon, who, she says, wrote songs about her including “Allergies,’’ “Hearts and Bones,’’ and “She Moves On,’’ which featured the lyric “I’m afraid that I’ll be taken/abandoned, forsaken/in her cold coffee eyes.’’ And there’s some talk of agent Bryan Lourd, her ex-husband and the father of daughter Billie. He left her for a man, telling her she drove him to be gay. But he’s alive, unlike her friend Greg, who died beside her in her bed. “He didn’t just die in his sleep,’’ she says, “he died in mine.’’

Fortunately Fisher does have some self-awareness about the potential for her show to seem like a narcissistic screed. That helps. She wryly refers to “Wishful Drinking’’ as “a pathetic bid for the attention that I lacked as a newborn.’’ And she explains the universal importance of being able to find humor in our life stories, to be able to find some peace. Her snarkiness is a way to vent her anguish rather than letting it destroy her from within. She delivers a line I hope I will never forget: “Resentment is like drinking poison and waiting for the other person to die.’’

Ultimately, Fisher comes across like that overly intelligent, entertaining, articulate analysand who has her own story all figured out, but still doesn’t know how to let it go. Maybe Simon was being ironic when he called his song “She Moves On’’?