Why ‘Glee’ ain’t what it used to be 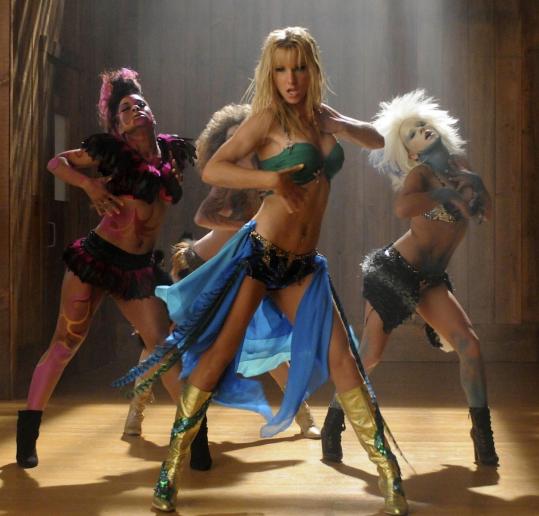 What’s the story, “Glee’’? Or, more accurately, where is the story? Fox’s Tuesday night musical hit has all but chucked out story line this year, in favor of weekly lessons in tolerance, love, God, and big-time pop-artist promotion. The creators have turned their show from a sweet, twisted teen melodrama honoring the power of music into a slick soapbox-jukebox with one eye on TV ratings and the other on record sales.

Yup, I’m terribly disappointed in “Glee,’’ since it has become such a shrieky sensation. I certainly don’t mind finding a message buried in a TV series; I suppose that every show is bent around some point of view. The “Seinfeld’’ writers were committed to “no learning,’’ but their satirical thinking about urban narcissism shone through nonetheless. And I like much of what “Glee’’ stands for; it was saying “It Gets Better’’ before that became a catchphrase in response to teen-bullying suicides. The show, tonight at 8, has a good heart when it comes to issues of acceptance and diversity.

But “Glee’’ has given up on any semblance of subtlety and storytelling art. At this point, the show is a collection of Big Learning Scenes, written to give the songs some vague narrative sense. I laugh at many of the comic lines — dumb Brittany, for instance, telling wheelchair-bound Artie she’d never made eye contact with him because “for a while I thought you were a robot.’’ But the scripts rarely move anything significant forward. The dialogue doesn’t develop character so much as hammer it home. Almost every line that comes out of Rachel’s mouth is, essentially, “I am a diva — oh, and I am also a diva. I guess I shouldn’t be such a diva.’’ The writing is an afterthought on “Glee,’’ once the big theme and the songs have been chosen.

Indeed, song choice has become king on “Glee’’ as soundtrack sales have begun to break records. A few weeks ago, “Glee’’ became bigger than the Beatles on the Billboard charts, with 75 charting singles beating out the Beatles’ 71. The promotion for the show is now all about which artist’s oeuvre is going to be celebrated — Madonna, Lady Gaga, Britney Spears (whose music inspired one of the series’ most nonsensical episodes so far). Rumors of a post-Super Bowl Springsteen episode have faded, but a Taylor Swift hour may be in the works. In this way, “Glee’’ comes off like a scripted “American Idol,’’ which also has single-artist episodes and has made a mega-industry out of cover tunes.

Single-theme and single-artist episodes, which are largely self-contained, also help “Glee’’ in the ratings. Serialized storytelling is a risk on TV, because new viewers are reticent to jump into an ongoing plot once it has started. Serialized shows don’t grow in the ratings as easily as shows with self-standing episodes. Also, hourlong shows with self-standing episodes score higher ratings when they repeat. More people will watch a repeat of “Law & Order’’ than of, say, “ER.’’ Jettisoning the story lines can only help the ratings of “Glee,’’ which already does remarkably well among young viewers. Now, you’ve got “the Britney Spears episode,’’ and “the religion episode,’’ instead of just another episode of the ongoing “Glee’’ story.

And, of course, good storytelling isn’t easy. In a recent interview with E!, “Raising Hope’’ creator Greg Garcia talked about the pressure of coming up with plots: “I get knots in my stomach thinking about stories,’’ he said, “because they are the hardest thing to come up with. You’ve just got to pull them out of thin air.’’ But the answer isn’t to just throw out the plot and jump headlong into garish chaos. Initially, “Glee’’ had as much intimate character development as it had broad musical theater. Now, the broadness has taken over. The song performances are all big numbers, and they are rendered especially artificial with their plastic production values. There’s none of the imperfection you might expect from a real glee club.

“Glee’’ is now a phenomenon more than a TV high school story, and I’m sorry for that. It has become a powerful, promotional machine, long on hype and short on the human feeling — the glee — that once made it so addictive.

How can 'Glee' hit a high note?