Bright on paper but dull on screen

Fox comedy doesn’t make the most of its talent 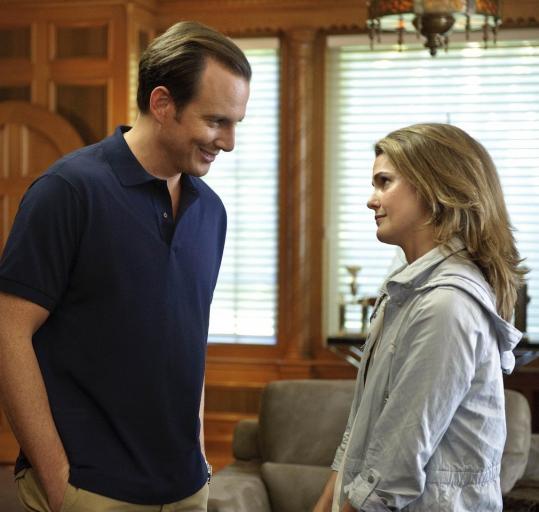 This is supposed to be a great show. Fox’s new comedy “Running Wilde’’ is crazy with talent and potential. First of all, it’s from Mitchell Hurwitz, the guy who came up with one of the best, most original sitcoms of the past decade, “Arrested Development.’’ In the four years since the Emmy-winning “Arrested Development’’ left the air, it has aged beautifully, only increasing in popularity through the second lives of DVD and syndication. Hurwitz currently has a theatrical “AD’’ film in the works.

“Running Wilde,’’ which premieres tonight at 9:30 on Channel 25, also features two of the funniest actors from “Arrested Development,’’ Will Arnett and David Cross. Arnett is the lead, playing the kind of spoiled, obnoxious man-child that he worked so effectively on “AD’’ and continues to put over the top on “30 Rock.’’ Cross, fantastically off-kilter as Tobias Funke on “AD,’’ is a recurring character on “Running Wilde,’’ and so is Robert Michael Morris, who played Mickey the hairdresser on another one of the decade’s best comedies, “The Comeback.’’

Not enough for you? Keri Russell, who starred in J.J. Abrams’s “Felicity,’’ shares the top of the marquee with Arnett. In “Felicity’’ and her movie “Waitress,’’ Russell showed a sweet, slightly kooky appeal that is just begging to be exploited for comedy.

You know where this is going, don’t you? Instead of a sparkling gem, “Running Wilde’’ is a rusty lug nut. It’s stupid, but not in the brilliantly stupid and farcical manner of “Arrested Development.’’ It’s just a fast-paced, empty, odd-couple comedy that is irritating before the end of the first episode. Maybe the show will improve in the coming weeks; that’s always a possibility when this much talent is on hand. Sitcoms from “Seinfeld’’ to “30 Rock’’ and “Parks and Recreation’’ have needed time to find themselves. And, indeed, after filming the original “Running Wilde’’ pilot, Hurwitz recast a number of characters and moved the action from Beverly Hills to New York. He may still be futzing with the show.

Arnett’s Steve Wilde is a super wealthy oil-company heir who is essentially an overgrown kid. He’s petty, competitive, selfish, and, aww, kind of lonely despite a staff of people who cater to his every whim. Russell’s Emmy Kadubic is a knee-jerk do-gooder and environmentalist living with her daughter Puddle (Stefania Owen) in the Amazon. Cross plays her eco-terrorist fiance. Steve and Emmy knew each other as kids, and through a series of feeble plot twists, they wind up living together (non-sexually) with Puddle at Steve’s estate. The deal is that Emmy will educate Steve about how to be a humanitarian. Puddle, who is happy to be leaving the jungle, narrates the story.

Russell is primarily the straight man to Arnett’s goofball, but then she also brings her own version of nuttiness to the role. I wish the script were more grounded in reality, so that she and Arnett could add indirect layers of political conflict to their dynamic, making fun of both Big Money and Oversize Conscience in the process. That might put some there there. As it is, the couple just bicker illogically — and not funnily — about nothing in particular. And the two actors don’t have a palpable romantic chemistry, which makes their banter feel even more pointless. Arnett’s Steve is so relentlessly clueless and cartoonish, he has no grounding as a romantic lead. This kind of character is easier to enjoy in a supporting role.

It’s not fair to fail this series by holding it next to “Arrested Development.’’ Most comedies, even good ones, suffer from that comparison. But “Running Wilde’’ is weak on its own terms. It’s another example of how even the most impressive resumes don’t always add up to good TV.