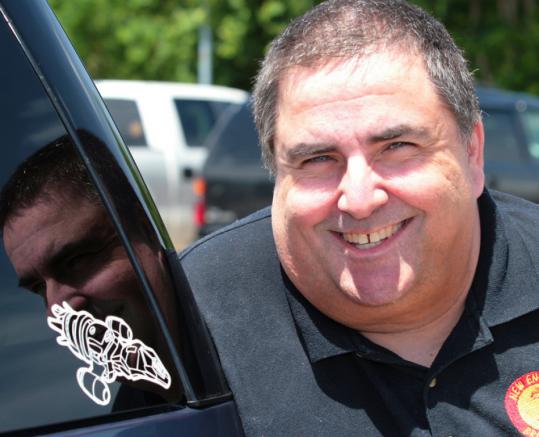 David Adams of Seekonk is the chief coordinator of the New England Browncoats, a fan club of Joss Whedon’s defunct TV show “Firefly.’’

Q. “Firefly’’ was canceled by Fox after a dozen or so episodes in 2002, but in a way it lives on. What is it about certain TV shows that fans refuse to let them die?

A. Good characters, good stories: People have a hard time letting go of that perfect storm. I see a lot of similarities between “Star Trek’’ and “Firefly.’’ The Browncoats have kept it alive similar to how Trekkers kept “Star Trek’’ alive after it was canceled.

Q. Where does the name Browncoats come from?

A. The main character in “Firefly,’’ Malcolm Reynolds, was a freedom-fighter resistance soldier in a military unit who were nicknamed Browncoats, because they wore brown, full-length coats.

Q. Tell me about the fund-raiser you’re putting on this weekend at the Coolidge Corner Theatre, called “Can’t Stop the Serenity.’’

A. The goal is to raise money for Equality Now, which is a charity that helps women’s rights throughout the world. One of the people that founded Equality Now was Joss Whedon’s mother, and this is Joss’s favorite charity. We’re going to show “Dr. Horrible’s Sing-Along Blog,’’ a musical comedy about a wannabe villain who wants to rule the world and have the girl at the same time. There will be a live cast acting out the film, a la “Rocky Horror Picture Show.’’ We’re going to be showing the 2005 movie “Serenity,’’ which is a continuation of the story that was serialized in “Firefly.’’ We’ll also be having a food drive for the Greater Boston Food Bank both nights.

Q. What is it about Joss Whedon that commands such loyalty?

A. He’s a brilliant writer who creates very strong characters. Often the female character is the hero or the strongest-willed person. Also, his writing always puts a good amount of humor into very serious situations.

Q. Is there a certain type of person who is drawn to the Browncoats?

Q. Is Whedon aware of the existence of the Browncoats?

A. Oh, absolutely. Joss Whedon looks to the Browncoats for support, not only for “Serenity’’-based projects, but also for the “Dr. Horrible Sing-Along Blog.’’