School’s network is a Hollywood hit 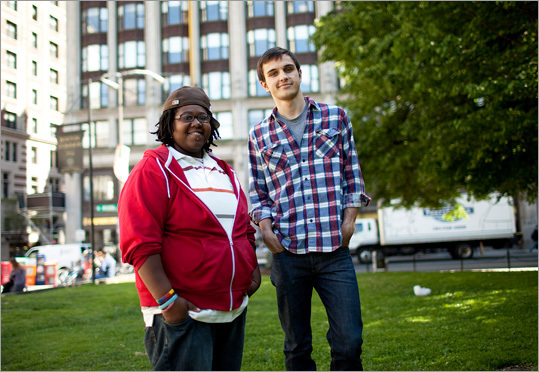 “There’s an intern from Emerson about to come into my office,’’ Doug Herzog says, chuckling into his phone.

Herzog, the president of MTV Networks Entertainment Group, is amused because, 30 years after his first job at the fledgling CNN, he still vividly recalls that it was a fellow alumnus who gave him his start.

The number of Emerson graduates who have not only found work in the entertainment industry, but are wielding significant influence, has exploded in the worlds of television, film, the Web, and publishing. And the biggest reason is the willingness of the big-name graduates of the small liberal arts college to take care of their own. It’s gotten to the point where they have started jokingly referring to their network as the Emerson mafia.

It’s a network that’s about to get even stronger.

Emerson is poised to move its 22-year-old Los Angeles program from office space in Burbank to a new building on Sunset Boulevard, in the heart of Hollywood. The new venue will include dorm space, classrooms, and administrative offices. The LA program is where many Emerson students go for internships their senior year, and more than half wind up staying in LA to pursue a career, where their likelihood of crossing paths with alumni like Herzog is high and getting higher.

As big as he has become in Hollywood (he recently announced that his network has signed Jon Stewart and Stephen Colbert to new contracts), Herzog admits that he’s never too busy to help out a student from his old school. If they are savvy enough to track him down, they are granted “at least a quick conversation.’’

For Comedy Central intern and recent Emerson graduate Khellie Braxton, that chance to meet with the executive who oversees Comedy Central, Spike, TV Land, and other outlets came so easily it almost didn’t seem real. “We had talked since I started interning there,’’ she said. “And it was kind of just, ‘Stop by and see me if you want to talk.’ And I did.’’

The long arm of Emerson
Emerson graduates are everywhere in Tinseltown. Shows that have been touched by the network encompass the mainstream charms of “Friends,’’ the cheeky sensibility of “Will and Grace,’’ the quirky, outré quips of “The Sarah Silverman Program,’’ and the dark bite of “Rescue Me,’’ among many others, from the “Colbert Report’’ to the “Simpsons.’’

Throw in non-TV projects involving graduates, ranging from the satirical newspaper/website “The Onion,’’ to the best-selling mash-up novel “Pride and Prejudice and Zombies,’’ and you’ve got enough yuks to get you through a New England winter.

“There’s an unspoken thing that we hire each other if we can and give each other a start because we know we’re from a small school and you want to help each other like a family,’’ says Todd Greenwald, a ’91 graduate and the Emmy-winning creator of the Disney Channel family comedy “The Wizards of Waverly Place.’’ And it’s not just folks interested in telling jokes themselves, but also production staff, writers, producers, and network executives who are expanding the school’s reach. “I like to have at least one Emersonian there with everything that I’m doing.’’

Comedy and Emerson have been inextricably linked for years. Sitcom legend Norman Lear (“All in the Family,’’ “The Jeffersons’’) is a famously funny alum, as is “Tonight Show’’ host Jay Leno. “The Fonz’’ himself, Henry Winkler, also attended the arts, media and communications-focused school in downtown Boston. The stand-up explosion of the ’80s coincided with a clutch of Emerson-spawned performers like Denis Leary, Steven Wright, Mario Cantone, David Cross, and Laura Kightlinger.

Other Boston-area schools have contributed mightily to the TV comedy world, with Harvard in particular churning out funny people, like Conan O’Brien, a host of “Simpsons’’ scribes including Al Jean and Mike Reiss, and “Office’’ co-executive producers Greg Daniels and Michael Schur. Boston University counts “Seinfeld’’ costar Jason Alexander among its many amusing alumni. But compared with those sizable schools, Emerson, with its enrollment of 3,500, has achieved an extraordinary penetration of the entertainment comedy scene in Hollywood and New York.

And even when the connections aren’t explicit, some unspoken Emerson mafia synergy seems to happen. When Gaby Dunn applied for an internship at VH1 last year there were no openings. But someone vetting applications noticed she was an Emerson student and asked if she knew that Doug Herzog also went there and wondered if she would be interested in an internship at one of the channels under his purview, Comedy Central.

“That was basically like someone saying, ‘We don’t have the broccoli that you wanted, but here’s some chocolate,’ ’’ the 2009 grad says with a laugh. Dunn, a budding stand-up, ended up working on a number of programs including “The Daily Show,’’ which has had, over the years, its share of Emersonians to help hone its satiric edge.

The camaraderie runs deep
It’s nothing new, of course, for alumnae of almost any college to go to bat for each other. But folks at Emerson believe their camaraderie runs especially deep, in part, perhaps, because they learn to depend on one another in their undergraduate years.

No matter what the project, “you can’t do it alone,’’ Herzog says of the comedy troupes, student films, radio shows, and other group efforts at the school. “So you end up working with your classmates on all different things and I think that’s where people grow close and like working with each other. I think that’s something that’s fostered on campus and taken to the outside world.’’

Kevin Bright, an Emmy winner for his work as co-executive producer on “Friends’’ and a visiting professor at Emerson since 2006, says that every project in Hollywood requires collaboration. “You’re very much codependent, so that makes the alumni more invested in seeing the students who are coming out now . . . succeed like they have,’’ says Bright, a 1976 graduate who worked with fellow Emersonian Jennifer Coolidge on the “Friends’’ spin-off “Joey.’’

Some classmates work so well together they team up after school, as Eric Falconer and Chris Romano did. The comedy team worked their way up, separately and together, from interns to production assistants to writers on shows like “That’s My Bush,’’ “South Park,’’ “The Sarah Silverman Program,’’ and “It’s Always Sunny in Philadelphia,’’ before selling their college-set comedy “Blue Mountain State’’ to Spike, a cable channel. The series, in which Romano also stars, was just renewed for a second season. (Falconer, a former writing and literature major, is hoping the show’s success might be grounds to lobby the school for the two credits he needs to qualify as a graduate. “Like an independent study,’’ he says with a hopeful chuckle.)

Funny business is serious
“It’s like with anything really, there are people that are much more active and willing to lend a helping hand, and those are generally the people who end up becoming successful,’’ says 2006 grad, screenwriter Tom Grey, “the Don’’ of the “Emerson mafia’’ Facebook and Internet sites. The sites aren’t college affiliated but help connect grads seeking all kinds of work.

The Emersonians’ particular success in comedy stems in large measure from the fact that, over the last 20 years, Emerson has come to take the funny business very seriously indeed.

“When I was going there, you just did it independently, and there really wasn’t a lot of support from the school,’’ says Mike Bent, a 1985 grad and part-time faculty member, who teaches a number of comedy courses. Bent says the school took note of growing student interest in comedy and began to formally integrate it into the curriculum.

And the comedy the school’s students generate is remarkablydiverse. “I don’t think there’s a distinct singular Emerson comedy sensibility,’’ says Bright, who has taught courses in sitcom direction and production. “I think the virtue is the broad palette that we have.’’

Adds Herzog, who watched as performers like Leary and Eddie Brill blazed the trail now being followed by kids coming out of Boston now: “What Emerson does do is create an environment and a culture that allows these kids to come in and develop a point of view and develop a voice.’’

And as they do so, Bent, the Emerson teacher and 1985 graduate, says it’s easy for them to find a fellow Emersonian to emulate. “They can see the famous alum and say, ‘I can follow that path and do the same thing.’ ’’