Another milestone for ‘The Simpsons’ 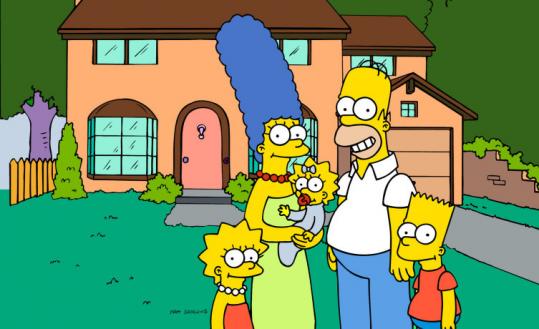 “The Simpsons’’ marks its 450th episode, “Once Upon a Time in Springfield,’’ with a special night on Sunday. (Fox via Associated Press)
By Frazier Moore Associated Press / January 7, 2010

NEW YORK - To speak of the latest milestone by “The Simpsons’’ seems to restate the obvious.

Long before now, enduring life for “The Simpsons’’ and its brightly jaundiced folk was simply assumed. What began 20 years ago as a fluke then erupted into a pop-culture juggernaut has continued to spin yarns, spawn characters, and lampoon society with no end in sight.

On Sunday at 8 p.m. on Fox, “The Simpsons’’ is airing its 450th episode. “Once Upon a Time in Springfield’’ will be followed by an hourlong documentary from Morgan Spurlock (“Super Size Me’’), fancifully titled “The Simpsons 20th Anniversary Special in 3-D on Ice.’’

“I think we could do it for another 20 years, actually,’’ Matt Groening, “Simpsons’’ uber-creator, said recently.

Of course, these off-screen stars of “The Simpsons’’ are well served by visual artistry that keeps them shielded from the passage of time.

The show’s writers play a huge role, too, with fastidiously crafted scripts that, by comparison, leave most sitcoms in the dust. (Granted, some fans may complain “The Simpsons’’ isn’t as sharply realized as in earlier years, but still.)

“Matt has a satirical, anti-authority streak,’’ says Shearer. “From the beginning, ‘The Simpsons’ was taking the side of the family against all the authority figures and institutions that buffeted them in the modern world. Certainly, that resonated for me.’’

How many different voices has Shearer done on “The Simpsons’’ in all?

“The one real influence that Bob Dylan has had on my life is that, every time I’m asked that question, I give a different answer,’’ says Shearer. “So: hundreds,’’ he replies in a raspy Dylan-esque voice.

Unlike most people taking stock of “The Simpsons’’ at this moment in its run, Shearer resists any grandiose claims for its legacy.

“Together with NFL football, ‘The Simpsons’ put the Fox network on the map - whatever you think of that,’’ he hedges. “And Fox has changed the face of network television - you got to decide for better or worse.’’