Arkin digs into role on ‘Sons of Anarchy’ 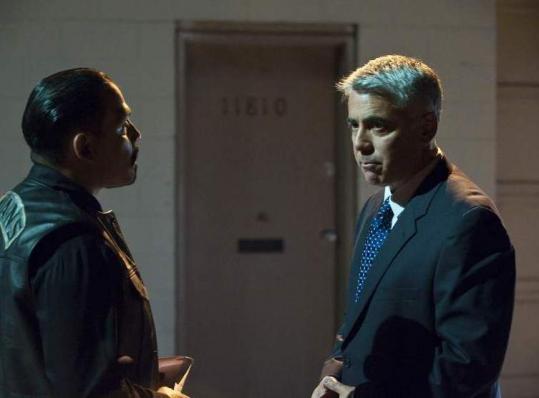 Adam Arkin (right) and Emilio Rivera star in “Sons of Anarchy,’’ which added Arkin to the cast in this second season. (Prashant Gupta/Fx via Associated Press
)
By Lynn Elber Associated Press / November 10, 2009

LOS ANGELES - When Adam Arkin signed on for “Sons of Anarchy,’’ he didn’t have reservations about his role as a slick white separatist or the FX drama’s dark heart.

But he admits to feeling a bit “intimidated’’ about working with fellow series newcomer Henry Rollins, actor and musician of Black Flag punk-rock fame.

“I’m a 50-something square character actor,’’ Arkin said. “There was every possibility he’d have said, ‘We’ll do our work together, but don’t talk to me. I don’t want to hear any of your bourgeois domestic’ ’’ patter.

Instead, Arkin found Rollins to be “incredibly warm’’ and a colleague who approached his work with discipline.

Arkin has equally kind words about the cast that welcomed him to “Sons of Anarchy’’ despite his role as a big troublemaker. The series, now in its second season, airs Tuesday nights at 10.

He’s careful to correct a questioner who refers to the law-breaking motorcycle gang members as the drama’s heroes. “They’re not heroes; they’re the protagonists,’’ said Arkin, whose wide-ranging TV and film career includes the latest Coen brothers release, “A Serious Man.’’

“We talked about my own ethnicity and the irony of having someone with a Jewish background playing a white separatist, nationalist character,’’ Arkin said.

He also felt that, as written, Zoebelle’s formal manner of speech implied he was European-born, and Arkin got Sutter’s OK to play him with a faint accent.

“Again, it’s an interesting irony. I felt here was this guy espousing how America had to get back to pure values and yet he himself was not from here,’’ Arkin said.

The idea of tackling a challenging part - and one that goes somewhat against the grain of previous work - was part of the appeal for Arkin. Which is not to say Zoebelle’s views are appealing.

“If it [the show] was glorifying white power and separatism . . . I wouldn’t be associated with it. But that’s not what the job of this show is, not what I’m trying to do,’’ Arkin said, a hint of impatience in his voice.

“He’s a fascinating character in a compelling story, and that’s what is interesting,’’ he said.