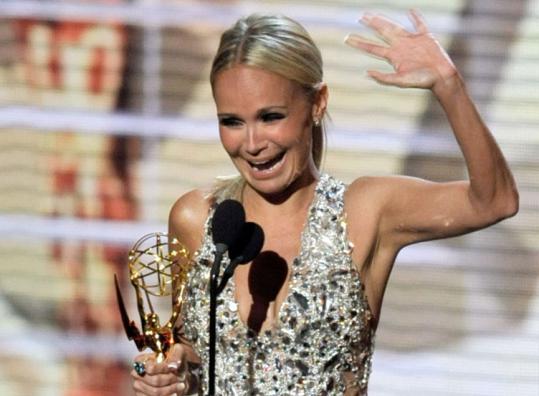 Hey, what was up with Kristin Chenoweth at the Emmy Awards? Accepting her supporting actress award for “Pushing Daisies,’’ she was convulsing like crazy - except when she delivered her punch lines. And no tears? Do people sob without tears? Anyhow, she brings her particular brand of cheeriness to “Glee’’ tonight, as Will’s former classmate.

I like the way “L&O: SVU’’ panders for best-guest Emmy nominations! Almost every year, the show gets a few nods, as actors and actresses such as Leslie Caron, Robin Williams, and Cynthia Nixon show up and get their crazy on. Tonight is Eric McCormack’s chance (above), as the CEO of a dating site who gets questioned when a client turns up dead.