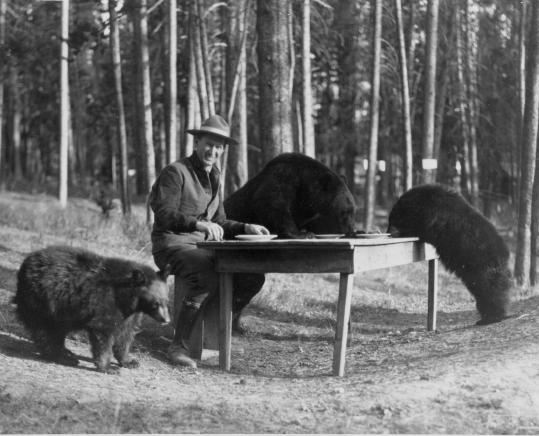 They are events - no, Events - and deservedly so. “The Civil War’’ (1990) was unlike anything American television had previously seen: a national history lesson that managed to combine scale and intimacy, high artistry and tremendous popular appeal. It set a pattern for what would come: “Baseball’’ (1994), “Jazz’’ (2001), “The War’’ (2007). It also set a standard none of them, for all their excellence, would quite match. That hasn’t changed with “The National Parks: America’s Best Idea,’’ which starts on Channel 2 Sunday at 8 p.m. and runs in two-hour segments through Friday.

Large chunks of the series are better than anything Burns has previously done, and that’s saying something. “Ken Burns’’ has become such a cultural brand name that people overlook how he earned that status. The man is a superb filmmaker - not just documentarian, but filmmaker, someone who integrates image and sound, motion and emotion, as well as any director currently at work in America.

As a sheer act of organization, “The National Parks’’ is a phenomenal achievement. The other series all unfolded chronologically, as this one does, too: from the setting aside of Yosemite Valley in 1864, for “public use, resort, and recreation,’’ up to the present. So the creation of the best-known parks will figure in specific episodes (Acadia is in episode three, for example), but it’s the development of the parks as a whole that drives the series.

In Sunday night’s broadcast, we see the emergence of the parks idea, with Yosemite and then Yellowstone (the first “national’’ park, since the federal government initially designated its administration to California). Monday night Theodore Roosevelt charges to the fore, and Mount Rainier, Crater Lake, and Mesa Verde are incorporated into the system. Tuesday night the National Park Service is formed, and so on.

If chronology provides the series’ spine, the land itself is its flesh and muscle. The primary emphasis is, as it has to be, on space far more than time. Required to do vastly more location shooting than in any of his previous series - don’t worry, there’s also plenty of Burns’s stock in trade, moving the camera over archival photographs - he shows he does space awfully well. It helps that Burns has 84 million acres to choose from, including some of the most magnificent places on the planet: Yellowstone, the Grand Canyon, Zion, Denali (the list is breathtakingly long).

Burns has some magnificent characters to work with, too. The naturalist and writer John Muir is to “The National Parks’’ what Abraham Lincoln was to “The Civil War’’ and Jackie Robinson to “Baseball’’: its hero, its conscience, its lodestar. The camping expedition he and Teddy Roosevelt went on in Yosemite is one of the great minor episodes in presidential history. Also figuring prominently are John F. Lacey, a Republican congressman from Iowa at the turn of the last century who had more effect on the environment than anyone you’ve never heard of; Franklin D. Roosevelt; John D. Rockefeller Jr., a great benefactor of the parks; Stephen Mather, the first director of the National Park Service; the photographer Ansel Adams; many others. On a local note, the late Bradford Washburn, the mountaineer and explorer who was the longtime and much-admired director of the Museum of Science, shows up ascending Mount McKinley in part three, which is dedicated to his memory.

Burns hasn’t lost his knack for coming up with compelling talking heads. The University of Wisconsin historian William Cronon is superbly articulate. “Icons of our nationalism,’’ he calls the parks. Even better are a current park ranger, Shelton Johnson, and a former ranger, the mystery novelist Nevada Barr. She’s almost as terrific as her name. Johnson is the series’ showstopper, the way Shelby Foote was in “The Civil War,’’ only he appears nowhere near as frequently.

Amid its glorious scenery and rich personalities, “The National Parks’’ never loses sight of what the narration calls “the tension between preservation and use,’’ which has defined the park system from the very beginning. The tension between nature and technology gets considerable attention, too. Rail travel did much to popularize the parks; and nothing has affected them as much as the popularity of the automobile has.

“The National Parks’’ never attempts to resolve that tension between preservation and use (though it’s pretty plain that both Burns and the series’ writer, Dayton Duncan, incline toward the preservationists). Nor does the series resolve its own tension. Does a treatment of an overwhelming subject need to be overwhelming? Should it be? Superlatives abound - narrator Peter Coyote, in his leather-strop voice, intones a steady drumbeat of “most this,’’ “most that,’’ “always,’’ “never,’’ “forever’’ - and superlative fatigue inevitably sets in.

As Mae West (something of an expert on spectacular American topography), once put it, too much of a good thing is wonderful. Too much of a staggering thing is, too - and it also isn’t. “The National Parks’’ is viewing that’s not to be missed. For once that cliché really does apply. Ideally, though, it should not be missed at one’s leisure. If you don’t have , the DVD set goes on sale Oct. 6.

Finally, with all due respect to the filmmakers (as well as the British diplomat James Bryce, who originated the phrase, and the novelist Wallace Stegner, who popularized it), the parks are not necessarily America’s best idea. Surely that title belongs to something called the Bill of Rights.