‘Virtuality’ takes off, but with nowhere to land 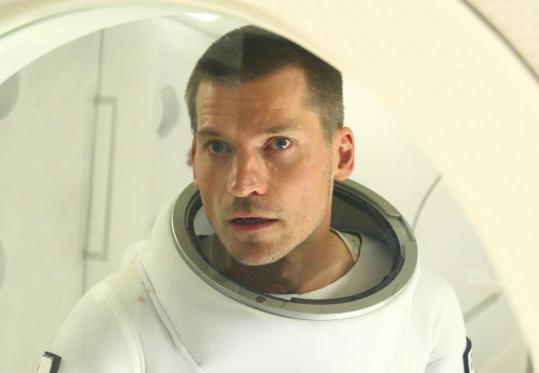 ‘Virtuality’’ is an exercise in futility, but not because it’s bad. Indeed, this two-hour sci-fi presentation, tonight at 8 on Channel 25, has plenty going for it. A drama about 12 astronauts on a 10-year space journey to find an alternative to a drowning Earth, it made me want to see more.

And that’s where the futility comes into the picture. “Virtuality,’’ created by “Battlestar Galactica’’ writers Ronald D. Moore and Michael Taylor, was originally meant to be a two-hour pilot for a full-length series. But the series didn’t get picked up, and so Fox has decided to air the chunk as if it’s a self-standing event.

It definitely isn’t. The end of “Virtuality’’ tonight isn’t sloppy so much as it’s actually a beginning. Character introductions have been made, plots have been set in motion, huge mysteries have been raised. Now what? Roll credits.

So I hesitate to recommend “Virtuality,’’ even while I praise it. As a setup, the two creepily atmospheric hours are promising and thought-provoking. The crew of the Phaeton, both single men and women and couples, are dealing with the stresses of being stuck together in a sterile starship with views onto nowhere. Confinement usually breeds tension - just ask the makers of “Big Brother’’ - so there’s human drama aplenty, with Commander Frank Pike (Nikolaj Coster-Waldau) serving as the father-figure peacekeeper and Jimmy Johnson (Ritchie Coster) as the edgier second in command.

On top of the whole existential-voyage-through-time-and-space thing, “Virtuality’’ also includes a cool meta twist. The Phaeton journey is being filmed and aired back on Earth as a reality show called “The Edge of Never: Life on the Phaeton.’’ So there is a show-within-a-show on “Virtuality,’’ and that show’s producer, Roger Fallon (James D’Arcy), is on the Phaeton and eager to keep the ratings high by fueling conflict between the crew members. Yes, dry land may not survive in the future of “Virtuality,’’ but reality TV appears to be forever.

And then - hold on - in addition to the action on the Phaeton and in the reality show, “Virtuality’’ also gets into the characters’ individual fantasies. Each astronaut has a private escape hatch - a pair of virtual-reality glasses - and so we follow them into their interior worlds, where they surf and play rock ’n’ roll and have adulterous liaisons.

Have no fear. Directed by Peter Berg of “Friday Night Lights,’’ “Virtuality’’ is a lot less complicated than it may sound. The different elements hang together as a nicely faceted whole - until the final minutes, that is. Ultimately neither movie nor series, neither beginning nor end, “Virtuality’’ is a flight with no destiny.