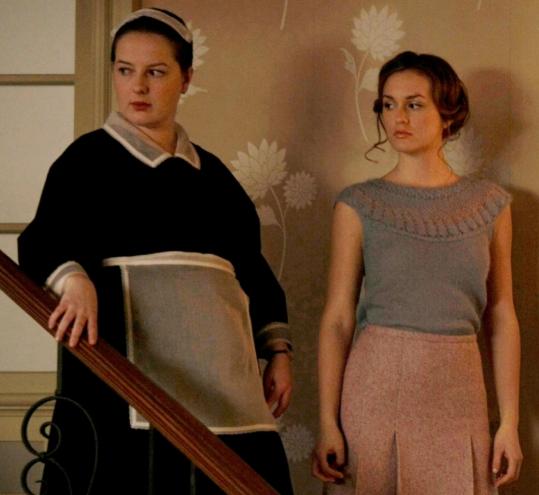 Since the CW's "Gossip Girl" premiered in 2007, fans have become increasingly attached to a minor character named Dorota. A maid to the wealthy Waldorf family, Dorota quietly waits on the spoiled Blair Waldorf - "Miss Blair" - and comes to her young mistress's rescue during melodramatic crises. Blair snaps at Dorota, who has a heavy Polish accent, but clearly there is loyalty beneath the brusque surface.

With only a few lines in each episode, New York actress Zuzanna Szadkowski has made Dorota into one of the show's best assets. She provides comic relief, with her widening eyes and worried looks, and she also provides viewer relief from the excesses of the show's elite teens. Humble Dorota has become valuable enough to "Gossip Girl" that she's at the center of a new series of mini-episodes called "Chasing Dorota," which are available only to V-Cast subscribers. "You get a sense of Dorota's back story and some of the drama of her daily life," an enthusiastic Szadkowski says - without a Polish accent - in a phone interview. "It's basically all things Dorota."

Q. Are you surprised Dorota has become so beloved?

A. I couldn't be more thrilled. It's a chance to do a fun character part, and that people have responded and like Dorota is such a lucky strike. I can't get over it. I'm a huge fan of the show, and when someone says, "I like Dorota," I'm like, "Me too!" I love the opportunity to do that classic relationship - maybe it's like the nurse to Juliet [in "Romeo and Juliet"] or something.

A. Maybe a little. She's more of a - not a guardian angel, but she keeps an extra eye on Blair. In some ways, it's an interesting New York story, and I bet there are a lot of kids who have a similar connection with staff. I think it's a true story in that regard.

Q. How great was it when Dorota saved the day with emergency cellphones?

Q. Do people recognize you out of your maid's uniform?

A. Sometimes people will be talking about the show and then realize I play that part. I've been recognized maybe 20 or 30 times total in my normal attire. I think - I hope - I don't look like Dorota. Not that Dorota is not cute.

A. I miss living in Cambridge. That's my creative home, and my studies there are close to my heart.