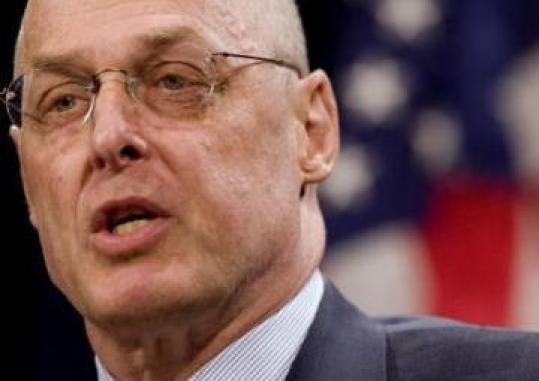 'Inside the Meltdown," which airs tonight on WGBH, provides the clearest explanation I've seen of how last year's catastrophic collapse of our economy occurred. It is an indispensable primer on the financial carnage.

As the title of the program connotes, this is an insider's view of the story. We get knowing analysis by experts speaking in plain English, rather than unfathomable Wall Street argot.

Michael Kirk, the gifted documentarian who wrote, directed, and produced "Meltdown," provides the other element crucial to a good story: tick-tock - the term journalists use for close linear coverage of a chain of events. Kudos to Kirk for the clarity of his writing and to Jim Gilmore for heroic reporting.

The pacing of the show moves crisply through the series of nightmares. There is tension throughout the one-hour program despite the fact that we know vaguely what happened.

The two leading actors in this drama are the unlikely pair of now-former treasury secretary Henry Paulson and the current head of the Federal Reserve, Ben Bernanke. Paulson, the former CEO of , is purely a man of Wall Street; Bernanke, a former Princeton professor with expertise in the roots of the Great Depression.

Together they decided to throw out the window the concept of "moral hazard" held dear by the Street.

"Moral hazard poses the question: If you bail somebody out of a problem they themselves cause, what incentive will they have the next time to avoid making the same mistake?" says Joe Nocera, a New York Times business columnist.

The dismissal of moral hazard was a shock to Paulson's core. (His travails form a story all by themselves.) The man who prospered under the theory that the best government is no government suddenly found himself forced to lead the charge for massive government involvement to save the economy. This went against everything Paulson believes in, but he had no choice given the gravity of the situation.

The other term that comes up often in the program is "systemic risk," which describes how the failure of one institution can lead to the downfall of others given their interdependence. Also, see: "contagion."

"Meltdown" shows us exactly how systemic risk works. We start with the subprime mortgage collapse and move through the falls of the investment houses Bear Stearns and Lehman Brothers, and the near collapse of AIG, the insurance giant interlocked with other institutions all over the world. To properly tell the story, Kirk also takes us to Washington, where we follow the politics of the $700 billion bailout under the Bush presidency.

The program is blessed with a superb group of journalists and experts, all of whom bring great knowledge of what really happened. Paul Krugman, a Nobel laureate in economics and New York Times columnist, weighs in along with great reporters from The New York Times and The Wall Street Journal. Nocera is particularly good.

"" ends this chapter of the catastrophe with the election of Barack Obama. We await the next chapter.

FRONTLINE: Inside the Meltdown On: Channel 2, WGBH