THIS STORY HAS BEEN FORMATTED FOR EASY PRINTING
Television 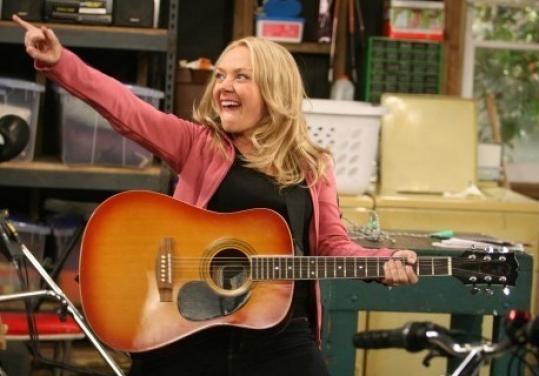 So many of the female sketch comedians from "Saturday Night Live" and "Mad TV" deserve good sitcoms. And so very few - Tina Fey, Julia Louis-Dreyfus - ever get them. It seems unfair that, after years in the trenches inventing characters on the fly, these elastic performers don't automatically graduate to weekly scripted glory. Rachel Dratch, Molly Shannon, Julia Sweeney, Maya Rudolph, Nicole Parker, Amy Poehler, I'm pulling for you.

And I'm still pulling for you, Nicole Sullivan, the memorable graduate of six seasons of "Mad TV."

"Rita Rocks" is Sullivan's new sitcom, and, alas, it's barely OK - not nearly as special and offbeat as Sullivan herself. This is a standard-issue rom-com (domestic comedy) that teeters on the edge of - if it never entirely succumbs to - pointlessness. Sullivan, like Lisa Kudrow capable of brilliant cluelessness, belongs in a far more original context, in a warped universe like those of "The Office" or "30 Rock." Premiering tonight at 8:30 on Lifetime, the generic "Rita Rocks" is just another dim-com.

The concept has some distinction. Sullivan is Rita Clemens, a married mother of two who's too busy catering to her family to do anything fun for herself. She's bored, but, she says, "On the inside, I'm a firecracker." Once a member of a Bangles cover band, Rita decides to pick up her old guitar and form a band with an unemployed neighbor (Ian Gomez), her daughter's obnoxious boyfriend (Raviv Ullman), and her mailwoman, Patty (Tisha Campbell-Martin). And so almost overnight, the unlikely gang is jamming to Otis Redding in the garage like the Archies.

But the music stuff is peripheral to the family stuff on "Rita Rocks," and that's too bad. Rita's husband (Richard Ruccolo) has trouble picking up the slack now that his wife has a life; Rita's teen daughter is contemplating a tattoo; blah, blah, blah. This is the same domestic material we've already seen on "According to Jim" and "My Wife and Kids," on which Campbell-Martin starred. Campbell-Martin has some potential here as Patty, who uses her postal job to spy on the neighborhood. But like Sullivan, she is underserved by the material, and she works too hard to make it seem funny.

By the way, Lifetime is airing episodes of "Rita Rocks" all week long, before the show lands in its regular Tuesday night slot next week. That's an extraordinary introduction for such an ordinary show.