Hollywood on Broadway: Actors go from screen to stage

Oscar-winning actress Jessica Lange has appeared in numerous films since her screen debut as Dwan in the 1976 Dino De Laurentiis produced remake of "King Kong" (pictured). In 1992 Lange took to the stage alongside Alec Baldwin in "A Streetcar Named Desire" and again in 2005 with Christian Slater in "The Glass Menagerie." 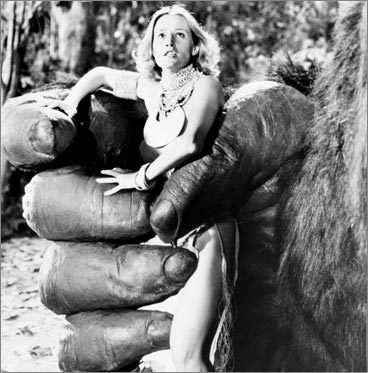