Biggest arts stories of the decade

3. The South End as a new cultural hub

When the Calderwood Pavilion opened in 2004, there hadn’t been a new theater built in Boston since the 1920s. The sleek new space, which features a 360-seat theater and a smaller stage, gave the Huntington Theatre Company a proper second stage and also made room for a slew of local companies. The Calderwood wasn’t the only cultural boost in the South End over the decade. As brick warehouses were renovated, art galleries sprang up. Before long, the SoWa district was born. 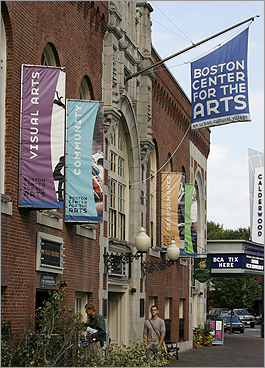