Worcester-born Leary attended Emerson at the same time as Steven Wright and actress Gina Gershon. In 1976, he helped start the Emerson Comedy Workshop, a training ground for countless artists ever since.

Leary has since found fame — appearing in sketches and commercials on MTV, and recording several comedy albums. Today, Leary is the star and co-creator of FX's Emmy-nominated TV show "Rescue Me."

At left, Leary fronts a band while in college. 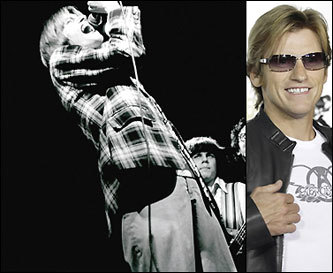