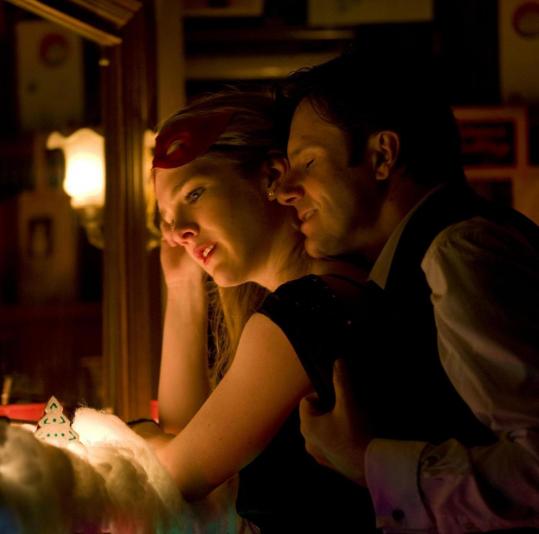 WILLIAMSTOWN - Most actresses who tackle the role of Nora Helmer in “A Doll’s House’’ frame the character’s arc as a journey from coquettish submission to decisive action, culminating in that famous slam of the door as Nora walks out on her husband, Torvald, in a long-overdue bid for independence.

Not Lily Rabe. In the contemporized Williamstown Theatre Festival production of Henrik Ibsen’s landmark 1879 drama, Rabe’s Nora is a woman to reckon with from the start.

That makes it sound faintly absurd when the condescending Torvald (Josh Hamilton) repeatedly refers to her as his “songbird’’ and “skylark’’ and “dove,’’ because this Nora neither flutters nor warbles.

An imposing presence in high heels, speaking in a resonant voice that often has a sardonic edge to it, Rabe’s Nora always seems as if she would be more than a match for Torvald when the chips are down - as, of course, they eventually are.

That’s not to say that Torvald does not do his utmost to maintain his control over Nora. In the WTF production, ably directed by Sam Gold as part portrait of a disintegrating marriage, part power struggle, the ugliness that ensues is not only verbal. At one point, Torvald seizes Nora by the throat; she fiercely pushes him away. During their climactic confrontation at the play’s end, he shoves her. But Nora, of course, has one final surprise up her sleeve.

Rabe’s performance is so electric and generates such a force field around her that the play’s energy level dips noticeably whenever she is offstage, which, fortunately, is not often.

Nora often seems ready to jump out of her own skin, in the grip of a restlessness that is not entirely explained even by her increasingly dire circumstances, that seems to come from within. When Torvald instructs his wife to rehearse the tarantella for a performance at a party, Rabe packs such wild desperation into the dance that she threatens to tear apart the Helmers’ living room.

Even in a translation (by Paul Walsh of the Yale School of Drama) that includes such up-to-date lingo as “balloon payment,’’ there is a stilted quality to some of the exchanges. Yes, Ibsen is justly renowned for his modernity, but there remains a 19th-century European formality to his dialogue that coexists uneasily with the contemporary setting of the WTF production, inspired by present-day Brooklyn, N.Y.

That setting is a real eyeful, by the way. The remarkably detailed set by David Korins encompasses not only the comfortably-but-not-lavishly appointed living room where most of the action occurs, but also a dining room beyond that, and what appears to be a playroom for the Helmers’ two children beyond that. It’s a cozy-seeming home that is about to come apart at the seams, due to a secret that Nora is desperate, but ultimately unable, to conceal.

A while back, unbeknownst to Torvald - to whom debt is the vilest four-letter word of all - Nora had sought the help of a lawyer named Nils Krogstad (Adam Rothenberg) to secure a sizable loan. Torvald was “deathly ill’’ at the time from overwork, according to Nora, and she used the money so he and the family could spend a recuperative year in Italy.

To get the money, however, Nora had forged the signature of her dying father on loan documents. Now, Krogstad is threatening to reveal Nora’s fraud, which could destroy Torvald’s career or their marriage or both. By unlucky coincidence for Nora, Krogstad now works at the very bank where Torvald is about to assume the prestigious and lucrative new position of director. By further unlucky coincidence, Torvald plans to lay off Krogstad, whom he despises as a “moral invalid,’’ so he can hire Kristine Linde (Lili Taylor), a childhood friend of Nora’s. Kristine, now widowed, had been involved with Krogstad before her marriage.

All in all, it’s a tangled web. Rothenberg brings an angry edge to Krogstad’s bitterness; his scenes with Rabe are among the play’s most riveting. Taylor does what she can with the role of Kristine, but the actress, a longtime indie film fave, is hamstrung by the fact that the part is more of an expository device than a full-fledged character. As is often the case in productions of “A Doll’s House,’’ Dr. Rank - who is Torvald’s best friend, in the throes of a fatal disease and determined to finally tell Nora of his love for her - is an irritating distraction, despite the quirkiness Matthew Maher brings to the role.

As Torvald, Hamilton delivers a solid, if at times too understated, performance. He is chilling in the final scene when, in an effective directorial touch by Gold, Torvald takes an explosive action that suggests not only the depths of his fury at Nora’s departure, but also, ominously, the lengths he might go to exact retribution.

But Rabe is the reason you should see this “Doll’s House.’’ Here’s hoping that someday soon she gets a chance to play Hedda Gabler.