Simple, vivid, compelling: the blinking heart of the city 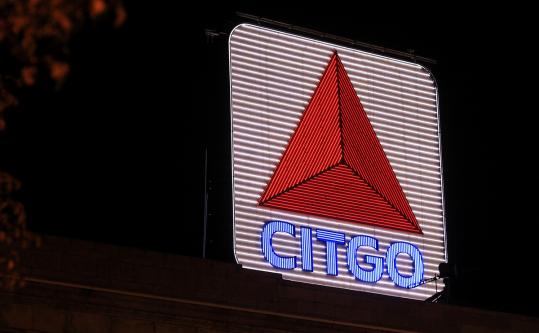 It’s hardly a hidden treasure. Nor is it exactly in a frame. But I wanted Boston’s Citgo sign to feature in this series because, for all its fame, it’s rarely discussed as a piece of public art.

Should it be? It is, after all, an advertisement. And for a dirty great oil company owned by the Venezuelan government, too.

And yet, over 45 years, the Citgo sign has become a Boston landmark - an icon, even - and it’s easy to see why. Double-sided, and measuring 60 feet by 60 feet, the sign commands attention like nothing else in the city. A signpost to drivers, a lure to sluggers, a 20-mile marker in the Boston Marathon, and reportedly even an aid in timing contractions for laboring women in nearby Beth Israel Deaconess Medical Center, it has also inspired generations of art students.

What do they find so compelling about it? I drove from Somerville the other night to get a closer look. The approach was instructive. The views are good from both the Boston University and Massachusetts Avenue bridges. Seeing the sign from afar, you notice how vivid, simple, and symmetrical it is. Also, that it has almost no competition from other elevated signs. (Put the Citgo sign in Times Square, and it’s doubtful it would register. In Kenmore Square, it’s nothing if not conspicuous.)

But it’s only up close, and at night, that the sign, which was overhauled last year, becomes truly captivating. Each night, its 218,000 colored LED lights perform a seamless, computer-generated choreography, as the white horizontal stripes go out one by one, in descending order, then on again, ascending.

The red lights forming the central triangle, which is designed to suggest three-dimensionality, then do a similar disappearing trick, from outside to in. If you’re feeling susceptible, the effect is ominous - like an implacable nightmare, a message in binary code threatening extinction . . . then (phew!) they reappear, with the same metronomic regularity. Finally, the whole image snaps back into place. The satisfaction is palpable, as when a zipper is successfully closed on an overstuffed suitcase. Keep watching, and this repeating choreography of colored light drugs the mind.

Staring at it for over 10 minutes, I felt as I do when treading water in the ocean, staring at the infinitely undulating waves as they take on an implacable, almost digital quality. The mind surrenders control, it has no choice.

Combining simplicity and scale with coolly shifting patterns of colored light, the Citgo sign has a force and presence that even the likes of abstract and minimalist superstars like Frank Stella, Dan Flavin, and Sol LeWitt must envy.