She has some killer stories to tell 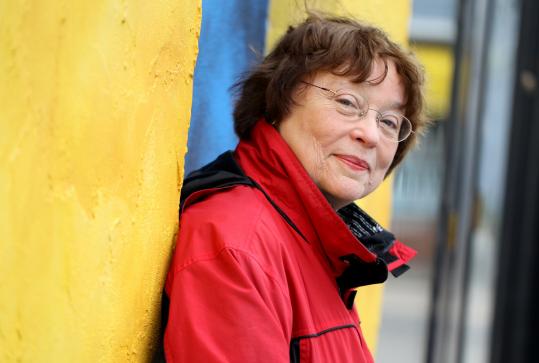 In writing "The Family," Arlene Violet used what she learned about the mob while serving as R.I. attorney general. (Jonathan Wiggs/Globe Staff)
By Don Aucoin Globe Staff / June 5, 2011

PAWTUCKET, R.I. — Barely two minutes into an interview, Arlene Violet tosses off a sentence that quite possibly has never been uttered before by a librettist in the entire history of the American musical theater:

“When I was attorney general, I prosecuted a lot of mob guys.’’

Not your typical showbiz resume, to say the least.

But then there has been nothing typical about Violet’s life, from her 23 years as a nun to her election in 1984 as the first female attorney general in the United States to her stint as a fiery talk-show host to her current project: “The Family,’’ which is summed up in its subtitle: “A Musical About the Mob.’’

Following the old adage to write what you know, Violet drew on her knowledge of the inner workings and social dynamics of organized crime enterprises to concoct the story and dialogue for “The Family,’’ which is at the Lederer Theater Center in Providence through July 1.

She modeled the central character, called Don Marco, on the late Raymond L.S. Patriarca, who reputedly ran the New England mob for years behind an unassuming storefront on Atwells Avenue in the Federal Hill section of Providence.

“The Family’’ contains some ingredients you expect in a musical, such as characters suddenly bursting into song to express their emotions, along with a few you might not expect: beatings, murders, a Mafia induction ceremony, depictions of life in the witness protection program. In other words, “The Sound of Music’’ it isn’t.

Even her collaborator on “The Family,’’ veteran composer Enrico Garzilli, was sometimes startled by Violet’s willingness to explore the dark side. At one point, Violet told Garzilli that she was writing a character based on a real-life mob hit man who admitted to killing more than two dozen people. “She told me, ‘Each time he murdered someone, he gave his daughter a doll. Could you write a song about that?’ ’’ recalls Garzilli. “I said, ‘Wow.’ ’’

At 67, Violet still exudes the propulsive energy and street-smart toughness that won her the nickname “Attila the Nun’’ back when she was a public-interest lawyer working on consumer, disability, and environmental issues. As she talks, she gesticulates constantly, which makes it hard to miss the large Mickey Mouse watch she wears on her right wrist. “It reminds me that a lot of life is Mickey Mouse, so don’t take it too seriously, and don’t take yourself too seriously,’’ Violet says.

Perhaps that explains why Violet was willing to play Sister Mary Maverick in Providence productions of “Nunsense’’ in 1996 and again in 2004. But her love of theater had begun long before that, as a teenager, when her mother used to take her on trips from their South Providence home to New York, where she goggled at the bright lights of Broadway as mother and daughter took in shows like “My Fair Lady’’ and “West Side Story.’’

At 18, believing she had a calling to be a nun, Violet entered the Sisters of Mercy order, drawn by its commitment to social justice. “I thought I’d get kicked out after a month or so, because I was a wild child,’’ she admits. “But they didn’t kick me out. I was in for 23 years!’’

The order encouraged involvement in public life to address “unmet needs,’’ so Violet began to seize opportunities for further education and, eventually, activism. After graduating from Boston College Law School in 1974, she went to work in the consumer fraud division of the Rhode Island attorney general’s office.

Then, in 1982, she sought the AG’s office herself, running as a Republican, but lost. Two years later, she ran again, emphasizing the “scourge’’ of organized crime. While campaigning in Federal Hill, she saw Patriarca several times, smoking on the sidewalk. “We had the head-nod,’’ she recalls. “I’d look at him, he’d look at me. It was strange.’’ She says a newspaper reporter interviewed Patriarca, and that he said of Violet: “I like her. At least she goes after the white-collars.’’

She succeeded in unseating the Democratic incumbent and drew national attention (including a piece by Morley Safer on CBS’s “60 Minutes’’) as the first woman ever to be elected as a state’s attorney general. Patriarca had died several months before Violet was elected, but she says prosecutions during her tenure resulted in convictions of 18 members of his criminal organization.

But winning the AG post came at a significant personal cost: Because of a bishop’s edict, Violet had to resign from the Sisters of Mercy to run for the office. She soberly describes it as “the toughest thing that ever happened to me.’’ Another blow arrived in 1986, when voters turned her out of office after only one term. In an interview, former Providence Journal political columnist M. Charles Bakst likens Violet to “a comet, a meteor who rose fast and kind of flamed out.’’

Talk radio soon beckoned, though, always eager for an outspoken and colorful voice. It was there she made her professional home for two decades, and there she met her future collaborator, Garzilli, when the composer was a guest on Violet’s show on WHJJ-AM. The two struck up a friendship.

(One more unusual aspect of “The Family’’ is that it pairs an ex-nun with an ex-priest. Garzilli, who is in his early 70s, was a priest from the mid-1960s to the mid-1980s. He spent virtually that entire time in academia, teaching at universities in Rome and at Providence College, before he left the priesthood to pursue a career as a composer.)

At first, Violet and Garzilli titled the show “The Altos’’ (a nod to “The Sopranos’’). “We changed the name because I was somewhat concerned people would think it was totally a comedy, a spoof,’’ says Violet. “There are funny parts in it, because wiseguys are funny, but it’s basically a gritty drama.’’

Violet describes “The Family’’ as “fictional but authentic,’’ in part because it contains mobsters from various ethnic groups. One sequence in “The Family’’ was inspired by Violet’s conversation in the 1980s with a mob informant, who described how he watched as another mobster beat a man to death with a baseball bat — simply for cutting him off in traffic.

While the character of Don Marco is modeled on Patriarca, the son in “The Family’’ is not based on Patriarca’s son, Raymond “Junior’’ Patriarca, but rather on the son of a different mob boss who, according to Violet, wanted to be an opera singer. In the musical, the son, called Renaldo, comes to the realization that he is gay. That fact, and his aspiration for an opera career, creates enormous friction with Don Marco. “The father wants the son to take over the family business, while the son wants to do something for himself,’’ says Violet.

The broad theme of generational conflict was something Violet saw evolve in the real world of organized crime in the 1980s. She talks casually but knowingly about the differences that emerged in rub-out techniques favored by old-school wiseguys (shooting rivals dead in restaurants) versus the “surgical’’ approach favored by the young up-and-comers: “You’d be finishing your golf swing, and as soon as your partners were congratulating you they’d be firing from the trees, and you’d be on the grass,’’ she says.

Beyond drawing on that kind of colorful lore, Violet says she hopes “The Family’’ will deepen public understanding of how the mob gains and retains power and offer a look into the complex moral code that, she says, many mobsters operate by. “Sometimes bad guys are good, and good guys are bad,’’ she says. Will audiences respond to that kind of shades-of-gray portrait of criminals? For the first time in the interview, Violet strikes an uncertain note.

“It’s always risky to try something new,’’ Violet says. “People want the feel-good experience. But I’m not promising that.’’

Don Aucoin can be reached at aucoin@globe.com

THE FAMILY: A Musical About the Mob At: Lederer Theater Center, Providence, through July 1. Tickets: 401-351-4242, www.trinityrep.com