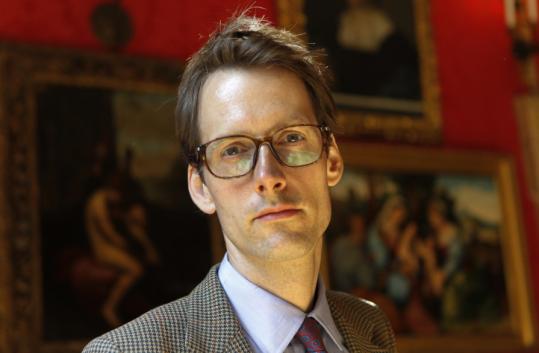 With the early 2012 opening of the Isabella Stewart Gardner Museum’s new wing approaching, the museum announced today the hiring of a new curator of the collection, its key curatorial post. Oliver Tostmann, now finishing up a prestigious, three-year fellowship at the National Gallery of Art in Washington, D.C., will start in Boston in April, assuming the position vacated last year by Alan Chong.

At 38, Tostmann will be the youngest of the Gardner’s five-person curatorial staff, but he beat out a field of eight finalists, including experienced curators and an upstart art historian from France.

Describing the search process, Anne Hawley, the Gardner’s director, said she spoke twice with David Brown, the curator at the National Gallery under whom Tostmann worked.

“David felt Oliver was a natural as a curator,’’ said Hawley. “He loves objects, and he’s so drawn to how to interpret them.’’ Brown told Hawley that if the Gardner couldn’t find an experienced curator with Tostmann’s intellect, “it’s far better to hire someone who has his potential and train him.’’

Tostmann, a farmer’s son who grew up in Germany but was drawn to Italian art, visited the Gardner last week as part of his search for housing. The wiry curator, who stands 6-foot-4 and has run marathons, said it was too early to talk about his first exhibitions at the museums, which he estimates will take place within two to three years. But he said he’s finding himself intrigued by the museum’s 19th-century French paintings. He specifically noted a pair of portraits by Manet and Degas.

Tostmann had never visited the Gardner before his first interview last fall, and he said he was also struck by the museum’s objects, including the marble sarcophagus so famously located in the cloisters.

“There’s so much beautiful material displayed here and you so easily overlook it,’’ he said.

The new building, which adds galleries, a greenhouse, a restaurant, and a 296-seat concert hall to the Gardner’s original Venetian-style palazzo, offers some exciting possibilities, Tostmann said.

“There will be a huge exhibition space and you can change the dimensions of it,’’ he said. “It’s a playground for a curator.’’

The Gardner opening attracted more than 50 applicants, Hawley said. In addition, the museum asked more than 30 art-world figures to nominate candidates. Tostmann was recommended by Faya Causey, head of academic programs at the National Gallery, and Joseph Rishel, the Philadelphia Museum of Art’s senior curator of European painting.

“Our major criteria was looking for a great mind, a really creative and inventive mind that thinks outside the usual channels and someone who has also liked working in an interdisciplinary way,’’ said Hawley.

Tostmann earned his PhD at the Freie Universitat in Berlin, writing his dissertation on 17th-century Italian battle paintings. At the National Gallery, he’s organized an upcoming exhibit on a painting by Giambattista Tiepolo. Starting next month, Tostmann said he’s looking forward to exploring the Gardner’s collection, both the material on the wall and what’s in storage. When asked whether he likened his role to that of a detective, he said, “But that’s what scholarship is. You find something and start thinking about it and then you dig deeper and deeper. In the end, you’ve written your PhD.’’