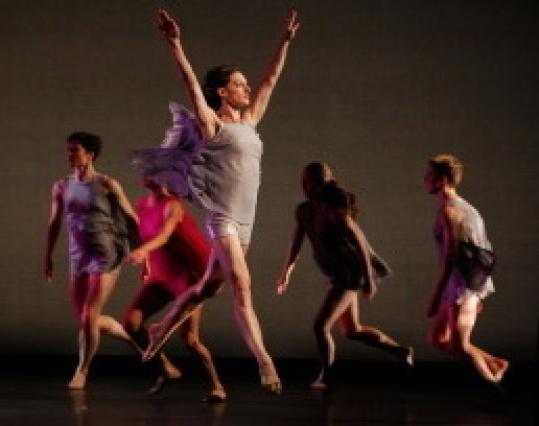 In the dance world, 25 years is a long time. And two esteemed Boston organizations celebrated this milestone in 2010.

For that long, José Mateo Ballet Theatre has been the little company that could. Mateo’s troupe is the only ballet company in New England producing an entire repertory by its own resident choreographer. Mateo’s “new classicism’’ aesthetic resulted in two big premieres this year: “Sound Secrets,’’ to Béla Bartók’s Sonata for Two Pianos and Percussion, and “Circles,’’ to Alfred Schnittke’s Concerto for Piano and Strings. The company also marked 10 years at Cambridge’s Sanctuary Theatre, which lends performances a striking intimacy and immediacy.

Boston Dance Alliance hit the 25-year mark with its strongest year ever. A central resource and advocacy organization, the nonprofit now boasts 350 members. Its revamped website has become the go-to source for information on dance, including auditions, jobs, and performance and funding opportunities. With an expanded range of programs, it has helped foster community among local dancers and dance lovers. Happy anniversary!

The wildly eclectic and imaginative Monkeyhouse celebrated its 10th anniversary. Founded by Karen Krolak, this irreverent trio of dancers found a new artistic home in July as the first organization in residence at Springstep in Medford. And Anthony Williams and BalletRox presented the 10th year of the multicultural “Urban Nutcracker.’’ Williams’s high-energy adaptation has developed into a vibrant holiday tradition, moving this year to a new location at the Wheelock Family Theatre.

One major anniversary also marks a goodbye: Celebrity Series of Boston president Martha H. Jones celebrates her 25th anniversary and final season with the organization. A champion and true connoisseur of high-quality dance, Jones was honored with a Celebrity Series commission from Mark Morris, resulting in the October premiere of “Petrichor,’’ a work for eight women set to Villa-Lobos’s “String Quartet No. 2.’’ As Celebrity Series looks toward the future, one hopes it will keep alive Jones’s passion for dance and ignite new flames for more adventurous presentations.

In the realm of adventure, World Music/CRASHarts continued to lead the way locally with dance offerings from around the world and intriguing contemporary fare. Programming such as “India Jazz Suites: Kathak Meets Tap’’ showcased its commitment to cross-cultural invention, and support for local modern dance choreographers was reflected in a lively evening of world premieres by three veterans: Caitlin Corbett, Kelley Donovan, and Daniel McCusker.

The Institute of Contemporary Art offered cutting-edge programming, especially Xavier Le Roy’s thought-provoking “Self-Unfinished.’’ But even more fruitful was the ICA’s collaborative series with Summer Stages Dance, “Co Lab: Process + Performance.’’ In the initial Anne Carson-Rashaun Mitchell piece, “Nox,’’ Carson’s poetry, created as a kind of elegy for her brother, was incredibly powerful, with a visceral quality that seemed to propel and provide context for Mitchell’s sharp, muscular choreography. A work in progress, it coalesced into shattering, memorable moments. Great promise here as “Co Lab’’ seeks to unite more collaborators next summer.

Among local modern dance troupes, Prometheus Dance went to Ecuador in October to teach and perform, and Weber Dance completed a residency in Alaska. Ethnic diversity also flourished, with Navarasa Dance Theater’s “Encounter’’ a noteworthy addition to the fall lineup.

Green Street Studios and the Dance Complex continued to anchor the Cambridge scene, with the latter’s recently completed renovations making the center handicapped-accessible and garnering a “GoGreen Award’’ from the city of Cambridge.

With the completion of the Paramount Center downtown, there seemed to be more places than ever welcoming dance. “Dance in the Fells’’ presented five choreographers’ works in the Middlesex Fells. Coolidge Corner’s new “Raising the Barre: Ballet From Around the World,’’ co-presented with Mateo’s company, put dance on the big screen in a series offering high-definition access to acclaimed, sometimes rare productions by leading international companies.

Jacob’s Pillow Dance Festival continued its reign as the country’s preeminent summer dance showcase, presenting work ranging from quirky independent Monica Bill Barnes to the US debut of Sweden’s Göteborg Ballet. Acclaimed for its teaching, the festival also inaugurated its first tap program, with students ranging from 15 to 44.

Uniting nearly two dozen professional and emerging companies, the Massachusetts Dance Festival launched in August with performances and workshops in Boston and Amherst.

And a final farewell to Betty Milhendler, a maven of the dance scene as a performer and supporter. She died Dec. 7 at 87. She will be missed.