THIS STORY HAS BEEN FORMATTED FOR EASY PRINTING
Theater 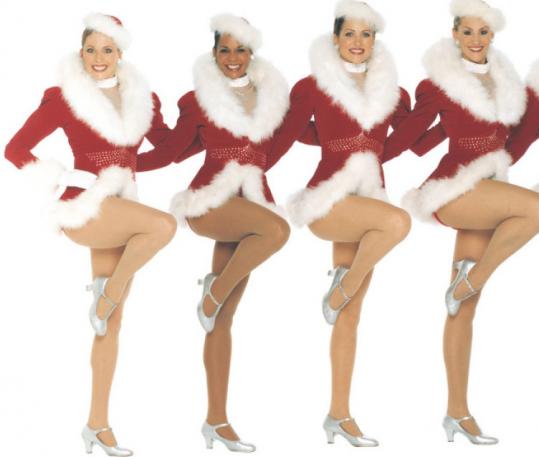 MRS. GRINCHLEY’S CHRISTMAS CAROL Ryan Landry and the Gold Dust Orphans promise this adaptation of Dickens’s tale, with an “old boozehound’’ who travels through her “grossly checkered past,’’ might be “the raunchiest, most vile Christmas gift you will ever receive!’’ Landry is usually as good — or as bad — as his word. Dec. 2-Dec. 19. Machine. 617-265-6222, www.brownpapertickets.com/event/137611

NEW REP’S DARLING DIVAS DECK THE HOLIDAYS Bobbie Steinbach, Aimee Doherty, Kima Rushell Smith, and Michele A. Deluca team up for a holiday cabaret, with jazzy versions of “Santa Baby,’’ “Let It Snow,’’ and other seasonal tunes, along with readings from tales like “ ’Twas the Night Before Christmas.’’ Dec. 16-Dec. 23. New Repertory Theatre. Arsenal Center for the Arts, Watertown. 617-923-8487, www.newrep.org

VENGEANCE IS THE LORD’S As their daughter’s murderer comes up for parole, a mother wants to forgive, but a father is tempted toward retribution in this new play by Bob Glaudini. Set during a series of holiday family gatherings, “Vengeance’’ marks the third collaboration between Glaudini and Huntington Theatre Company artistic director Peter DuBois (the others were “Jack Goes Boating’’ and “A View From 151st Street’’). Huntington Theatre Company, Boston University Theatre. Through Dec. 12. 617-266-0800, www.huntingtontheatre.org

STRIKING 12 With a creative team that includes Rachel Sheinkin, who wrote the book for “The 25th Annual Putnam County Spelling Bee,’’ this story of an irascible New Yorker whose New Year’s Eve solitude is interrupted by a surprise visitor is billed as “a holiday musical for people who don’t like holiday musicals.’’ Dec. 8-Jan. 2. SpeakEasy Stage Company, Deane Hall, Calderwood Pavilion, Boston Center for the Arts. 617-933-8600, www.BostonTheatreScene.com

RADIO CITY CHRISTMAS SPECTACULAR The Rockettes will be on hand, of course, and so will wooden soldiers, teddy bears, reindeer, and Santa and his elves, as this show returns after a four-year absence. Dec. 3-Dec. 29. Citi Wang Theatre. 866-348-9738, www.citicenter.org

A CHILD’S CHRISTMAS IN WALES Boston Playwrights’ Theatre and Boston Children’s Theatre team up again for this production of the Dylan Thomas classic, adapted and directed by Burgess Clark and with a cast that includes Steven Barkhimer. Dec. 3-Dec. 23. Plaza Theatre, Boston Center for the Arts. 617-933-8600, www.bostontheatrescene.com.

A CHRISTMAS CAROL Now that the North Shore Music Theatre is back in business, so is this holiday favorite, starring David Coffee as Ebenezer Scrooge (the 17th time he has played Scrooge at NSMT). Featuring original and traditional songs and directed by former NSMT artistic director Jon Kimbell. Dec. 3-Dec. 23. North Shore Music Theatre, Beverly. 978-232-7200, www.nsmt.org

A CHRISTMAS CAROL Director Michael Perlman says his goal with this production, in which Mauro Hantman will play Scrooge, is to give audiences “a glimpse inside Scrooge’s head, how he experiences all the mysterious events that unfold over the course of the evening.’’ Through Dec. 31. Trinity Repertory Company, Providence. 401-351-4242, www.trinityrep.com