Ugly is in the eye of the beholder

Readers vote for Boston buildings they’d rather not see 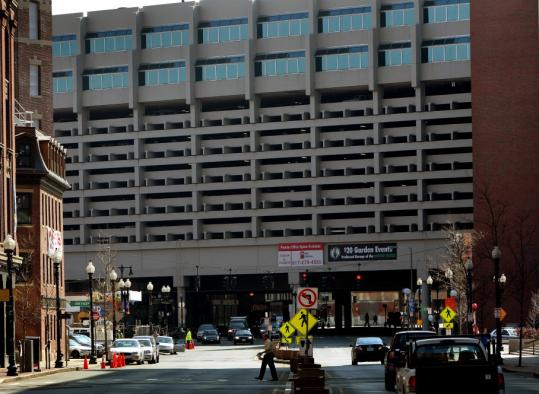 Among the nominees for Greater Boston’s ugliest building, according to Globe readers, are the Government Center Parking Garage (above left), the twin white towers of Symphony Plaza East (above right) and West, and 111 Huntington, with its crown-like top. (David L. Ryan/Globe Staff/File 2009 (Above Left); Sarah Brezinsky Gilbert/File 2005 (Above Right))
By Robert Campbell Globe Correspondent / March 21, 2010

The ugliest building in Greater Boston is Boston City Hall. At least, that’s the opinion of Globe readers. For second ugliest, they’re split between the Government Center Parking Garage and the twin white towers known as Symphony Plaza East and West, which stand at the corner of Massachusetts and Huntington.

A few weeks ago, I wrote about a town in England that announced it was going to demolish one of its buildings. The building had won a national poll as Britain’s ugliest work of architecture. I wondered what people would choose for demolition here, if we had a poll like that in Boston, so I put the question out there.

Readers were eager to nominate candidates, and I’d score them right with most of their votes; Bostonians are pretty sophisticated when it comes to architecture. Where I disagree, I’ll say so.

Of City Hall, one e-mails, “It’s scary, right out of ‘1984,’ intimidating and grim.’’ Another disses it as “a hideous and disastrously non-functional abomination of a building.’’ And another calls it “a landmark which is infamous, not famous.’’ Well, I did ask for passion.

Not everyone agrees about City Hall, though. “Bet most of the bozos cite City Hall, one of the city’s best buildings,’’ writes one fan. I, too, am a fan of this powerful, ugly-and-wonderful building, and I look forward to the day when it gets the loving and inventive spruce up it needs and deserves.

Other choices are equally unsurprising. Then-Mayor Kevin White, long ago, hated Symphony Plaza too, so much so that he issued a mayoral commandment against any more white buildings. One reader writes engagingly, “When these buildings went up, they were covered with white cladding. I thought it was a temporary covering like Tyvek. I’m still waiting for the real cladding to go on.’’

There are some pretty hard-nosed architecture critics out there. One of them, a professor of history, writes that although he, too, hates the Government Center Garage, “It’s the Taj Mahal compared to the Commonwealth’s most atrocious structure: the Fine Arts Center at the University of Massachusetts Amherst.’’ He says it’s “as ugly as a pug dog run over by a cement mixer’’ and thinks “it’s proof that Albert Speer [Hitler’s architect] escaped Nazi Germany.’’

I agree on this one. The Fine Arts Center does look like a misplaced fragment of some military defense perimeter. It’s a case of an architect inventing a metaphor without realizing he’d done so, which is something that happens a lot in architecture. The architect was Kevin Roche, who won architecture’s highest honor, the Pritzker Prize, in 1982.

Some other buildings and structures readers commented on:

■ Fiedler Foot Bridge across Storrow Drive: “Two very dangerous blind corners, collects dirt and graffiti, hideous color.’’ I agree about the color; it looks like something you’d smear on your face to hide acne.

■ The Institute of Contemporary Art on the South Boston Waterfront, a building much lauded by critics. “This looks like a ’50s garage,’’ writes the reader. She goes on to complain about the confusing and sometimes cramped manner in which the floors are laid out. Well, it’s true about the floor plans, and the ICA does look dumb where it faces the city. But it’s also an inventive triumph, especially the harbor frontage and the marvelous theater space. You learn to ignore the drawbacks.

■ “The building with the tiara at Pru Center.’’ The reader means 111 Huntington. Mayor Thomas Menino announced that he didn’t want to see any more flat-topped towers, so the architects, CBT/Childs Bertman Tseckares, devised a glittering crown that makes the building look like an ornamental perfume bottle.

■ The pinkish granite tower at 100 Federal St., originally a bank headquarters, sometimes called the pregnant building. The writer speaks of “its bloated midriff covering over half a city block. . . . I can’t speak for the entire U.S., but it surely is among the top ten.’’

Some other nominations for demolition are lesser known, at least to me. One interesting example is the new Korean Church in Brookline, by a Boston architect, Brian Healy, who’s taught architecture at Yale and elsewhere. Anyone who likes this building, writes the disgruntled reader, must subscribe to “the misguided elitist cult-like thinking that has gone on for too long in architecture, namely, if enough people hate it, it must be good.’’ I haven’t seen the church, but the reader has a point. Such an anti-populist cult does exist in architecture, especially among some academics.

Though I’ve yet to see the Korean Church in person, in photographs the exterior looks dark and boxy. But you can’t judge any work of architecture until you’ve actually been there. And the church raises a whole other issue. This is the state’s Dover Amendment, which exempts churches and educational institutions from zoning and other design guidelines. There’s a Dover controversy now in Pride’s Crossing, where the Landmark School is building a large gymnasium on the lawn of a historically significant 19th-century Shingle style house. But the Dover is a topic for another day.

I’m against tearing things down just because we happen not to like their looks. What you do with ugly buildings is live with them, add to them, give them a new face or a new use, and treat them with disrespect — not with murder.

It’s interesting that except for Fenway Park, which was trashed for its “poor sight lines, uncomfortable seats,’’ no reader listed an old building. All are relatively modern. Older buildings, which often seemed ugly when they were new, have a way of weathering into acceptability over time

A city like Rome is the perfect example, an endless cycle of renewal without demolition. The Renaissance popes stripped the Colosseum of its marble and used it to face new churches. I once saw a pair of genuine ancient Roman columns that had been scavenged to prop up the front of a pizza parlor. Rome is deeply layered in time. So, by American standards, is Boston. We’ll keep it that way when we get mad about ugliness but, at the same time, live with it when it’s happened.

How about some disrespect to the UMass Fine Arts Center? Some surprising, humane interventions and add-ons? The building is not, after all, defended by actual howitzers.

Eyesores? Well, not so fast.
Your comment is subject to the rules of our Posting Policy
This comment may appear on your public profile. Public Profile FAQ