A thriller evolves from playwright’s years of research 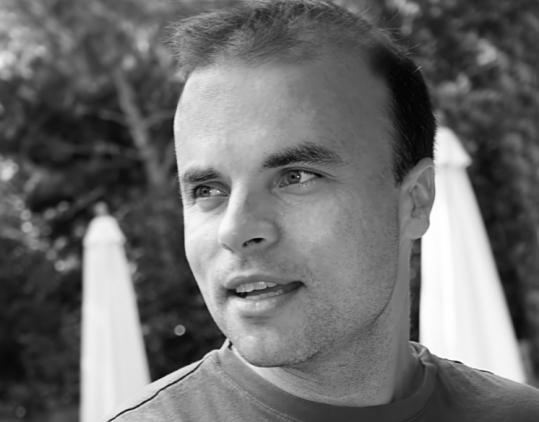 The play arose from J.T. Rogers’s questions about the genocide in Rwanda and from a trip to that country. (Courtesy of Mason Sand of Company One
)
By Joel Brown Globe Correspondent / November 1, 2009

When the Hutus began slaughtering Tutsis and moderate Hutus in Rwanda in 1994, playwright J.T. Rogers learned about it from the news media like most Americans.

“I was gripped and horrified, but I was also quite shamefaced, because I hadn’t heard of Rwanda, or if I had, only in passing, and I knew nothing about it,’’ Rogers said by phone this week from his writing studio in Brooklyn.

He began reading, trying to fill the gaps in his knowledge. The result, more than a decade later, was “The Overwhelming,’’ having its local premiere run in a Company One production at the Boston Center for the Arts.

The play is a thriller about an American family in over its head in Africa, inspired in part by Graham Greene’s “The Third Man.’’ But it arose from Rogers’s basic questions about the genocide, filled out by talking to Rwandans here and eventually an emotional trip to that deeply scarred country.

“The media was reporting it as if out of nowhere this mayhem and hell on earth began,’’ Rogers said. “The underlying message was ‘These people, they just do this every once in a while.’ But if you’re a playwright, the one thing you learn, whether you like or loathe or love someone’s motive, no one just does something. You don’t sit around playing dominoes and one day go, ‘Oh, let’s go kill the neighbors.’ ’’

He began digging, and eventually realized he was doing research for a play, not just his own education. “The Overwhelming’’ debuted in London in 2006 and played New York the next year. It seemed like a natural choice for the edgy and diverse Company One.

“The play has its historic themes, but the fact that it’s a thrilling mystery just makes the whole play deeply engaging and difficult to put down when you’re reading it, and hopefully difficult to ignore when you’re watching it,’’ said director Shawn LaCount.

The play takes place in Rwanda in 1994, immediately before the genocide. An American named Jack Exley brings along his family while he researches a book there. He plans to interview an old college friend, a doctor treating children with AIDS in the country. But he discovers on arrival that his friend is missing, and undertakes a search. Along with his second wife, who is African-American, and his teenage son from his first marriage, who is white, Exley discovers that this beautiful place is more dangerous than he realized.

“The play deals with issues of nationalism, trust, loyalty, conviction, and family. . . . How do people react when faced with their biggest fears, and how do those fears react with what they believe their values are?’’ LaCount said. “The audience finds itself asking itself quite specifically, what would you do?’’

Of course there’s another issue at hand - cultural imperialism. Lynn Nottage won the 2009 Pulitzer Prize for her play “Ruined,’’ with African characters riding out a brutal civil war in a brothel in the Congo. Why turn the agony of hundreds of thousands in Africa into a thriller about a white American and his family?

But Rogers, the author of a set of monologues called “White People,’’ said he felt it was necessary to get the play produced - and to get an audience to confront the underlying issues.

“I was writing a play for an American audience, and if you look on the landscape of American theater, it’s hard to get a play done that’s more than two white people in a kitchen talking about their feelings,’’ Rogers said. “If you write a play with 11 characters set in Africa and set 14 years ago and intertwined with geopolitical context, then you tell me, honestly . . .

“I wanted the audience to follow me,’’ he added, “so I thought, if I told it through those eyes, then everything else I really want to talk about, they’ll go there with me.’’

Rogers finally traveled to Rwanda a few weeks before the London premiere. He made a few tweaks to the play, but “what I hadn’t anticipated, which was quite harrowing and moving, was how traumatized everyone was 10 years on,’’ he said, and how everyone wanted to tell him what had happened to them during the genocide.

“I spent, unexpectedly one day, seven hours without a break listening to widows who lined up in a village to tell me how they were raped and how their children were murdered,’’ Rogers said. “I just started taking notes till my hand cramped up. I just felt like I had to do something, bearing witness to all these peoples’ stories.’’ Some accompany the published version of the play.

But his research hit even closer to home. Among his sources were two Rwandan men living in America, a doctor in Minneapolis and an academic in Pennsylvania.

“These guys were both incredibly helpful, incredibly supportive, and I became close to both. It wasn’t until a year later that I find out, by sort of randomly mentioning one of these guys’ names to the other, that these guys grew up on the same street in Kigali,’’ Rogers said. “Their fathers knew each other and their brothers knew each other, and one of these guys’ fathers was one of the most notorious genocidaires and had murdered the father of the other man.

“I discovered that after I finished the play, and I don’t think I could have finished if I had known that earlier. It would have torn away that veneer of distance,’’ Rogers said.

THE OVERWHELMING Through Nov. 21 at the BCA Plaza Theatre. Playwright J.T. Rogers will be part of a post-show discussion on Nov. 13. Tickets $30-$38 (various discounts also available). At the box office, 617-933-8600. www.bostontheatrescene.com