Podles gives both depth and pathos to ‘Tancredi’ 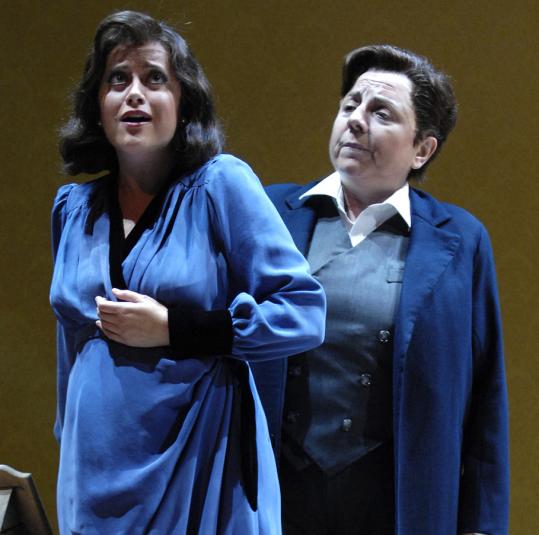 Opera Boston introduced its compelling new production of Rossini’s rarely heard opera “Tancredi’’ last night at the Cutler Majestic Theatre. Part of the company’s proclaimed mission is to mount deserving works that too rarely make it to the stage, but in this case, the worthy opera had the added benefit of serving as a star vehicle for the magnificent Polish contralto Ewa Podles, in her Boston debut. She did not disappoint.

Rossini’s reputation as a composer of serious dramatic opera has been deeply overshadowed by the success of his comic masterpieces. For its part, “Tancredi,’’ a “heroic melodrama’’ based on Voltaire’s 1760 tragedy of the same name, has a far-fetched plot that centers on two ill-starred lovers: exiled warrior Tancredi (a trouser role written for a contralto) and his true love Amenaide, who has been pledged in marriage to Orbazzano by her father Argirio.

Never mind the details. What matters is that the libretto drew from the young Rossini music of great beauty and surprising refinement. Stendhal once described hearing in its score “the massive grandeur of pride chiseled down into the fine contours of elegance.’’

Apparently, Opera Boston leaders heard Podles in a Jordan Hall recital in 2006 and decided on the spot that they would try to sign her up for Tancredi, one of her signature roles. A smart move. Last night she sang with enormous dramatic presence and a bottomless font of deep and soulful tone.

There was slightly less pure white heat in her performance than I recalled from a recital several years ago, but perhaps more depth and pathos. She showed off powerful high and low notes, but it was the middle range of her voice that was so remarkably moving, a sound drenched in an aching worldly sorrow that fit this role perfectly.

Amanda Forsythe was a lovely, agile, and affecting Amenaide, even if her featherweight soprano naturally made for a lopsided pairing with Podles’s vast contralto. Yeghishe Manucharyan was dramatically committed and vocally assured as Argirio and DongWon Kim made a strong company debut as Orbazzano. Victoria Avetisyan, with an attractive dark-hued mezzo, and Glorivy Arroyo rounded out the cast. Kristine McIntyre’s production unobtrusively updated the action to 1930s Europe, and Gil Rose and his orchestra did good, characterful work in the pit.