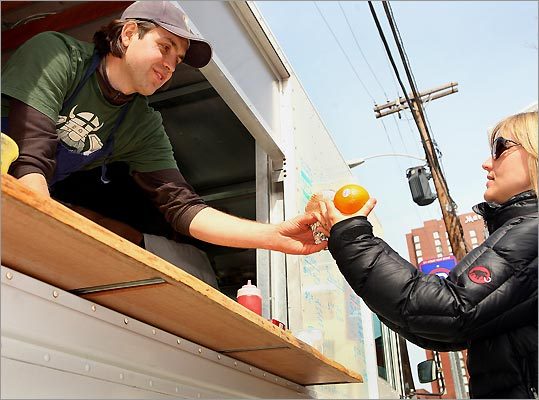 Food trucks are a utilitarian concept reinvented for foodie tastes, and recently, gourmet vehicles have taken off. Early adopter Clover Food Lab opened in 2008 serving local, fresh, often organic vegetarian fare at MIT in Cambridge and now also operates in Dewey Square in Boston. Since Clover has proved you don’t even need to have a restaurant to be a restaurant, it’s reverse-engineering itself as a brick-and-mortar spot, to open soon in Harvard Square. (20 Carleton Street, Cambridge, and Dewey Square, Boston, http://www.cloverfoodlab.com)