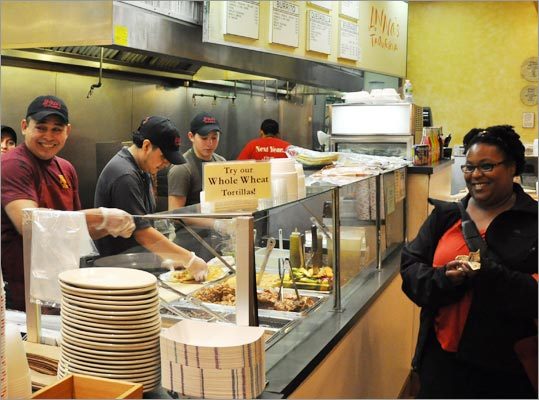 The first Anna’s opened in 1995, but the last decade saw its destiny manifest. Now there are two locations in Brookline, two in Cambridge, one in Somerville, and one on Beacon Hill. Chances are more will follow – wherever Anna’s goes, hungry hordes follow. Local restaurant entrepreneurs have taken note, and burrito joints have beset Boston, particularly Anna’s birthplace of Brookline, which could now nearly qualify as the Mission East. (1412 Beacon Street, Brookline, 617-739-7300, http://www.annastaqueria.com)

In The Boston Globe Magazine: The tastemakers