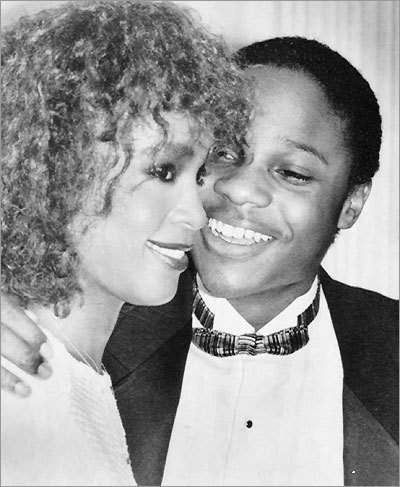 Houston's self-titled debut album in 1985 produced her first hits, "You Give Good Love," "Saving All My Love for You," "How Will I Know," and "Greatest Love of All." The singer was discovered by Clive Davis, the head of Arista Records.

Pictured, Houston received a congratulatory hug from actor Malcolm-Jamal Warner of "The Cosby Show" after they both received awards at the NAACP "Image" presentation. Houston was named best new artist and Warner received honors for his performance in an episode of the TV series "Call to Glory."