Don't get me wrong: I'll argue fiercely for "Beggars Banquet" (and "Jumpin' Jack Flash," recorded at the same time ) as one of the absolute high points of the rock 'n' roll canon. With apologies to "Let It Bleed" and "Exile on Main Street," it's also the only Stones album (and single) I've found that truly lives up to the band's mythic stature. It's not that I haven't tried. I have the three-CD "Singles Collection: The London Years," purchased for $10 at a yard sale mostly out of cultural obligation. And that's pretty much how I've listened to it. I don't think "(I Can't Get No) Satisfaction" and "Paint It, Black" are bad. It's just that I don't care about them one way or the other. I'd much rather listen to the countless "Nuggets"-era garage bands who were desperately aping the Stones (when they weren't desperately aping the Yardbirds) than the Stones themselves. I'd expect a whole lot more from the World's Greatest Rock 'n' Roll Band. 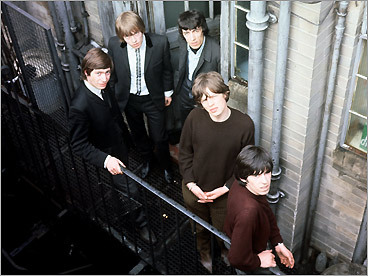