When people talk about classic bands they don't like, they're really speaking in a coded language. For example, "I don't like the Beatles" is the same as saying "I'm a liar." But when I say that I don't like Led Zeppelin, there's no subtext. A lot of it has to do with Robert Plant's fiendish, helium-powered caterwauling. I tend to prefer bands with vocalists, not police sirens in tight pants. The lyrics, which run the gamut from unimaginative doggerel to too-imaginative fantasy goofs, don't help. Listen to "D'yer Mak'er" if you need a reminder. Sure, they inspired a lot of great bands, but should we not then hold them accountable for the thousands of downright awful imitators they've inspired? Remember that whole hair metal thing in the '80s? Who do you think put the bustle in those dudes' musical hedgerow? And grunge? That was basically goateed Led Zeppelin on smack. 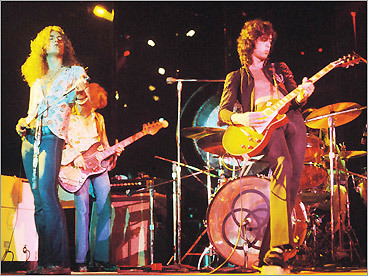