Boston-area bands make some noise at South by Southwest festival

Hilary Hughes, Globe Correspondent
Boston bands are no strangers to success at South by Southwest, one of the country's most celebrated and longest-running music festivals. The eclectic eccentricities of New England's artists set them apart from other buzz bands at SXSW, which wrapped up March 21. The music began March 17, but most bands arrived in Austin earlier to play additional shows. Such was the case with Yes Giantess, an explosive Boston dance band that sacrificed sleep in order to play eight gigs in four days. Pictured: Frontman Jan Rosenfeld leads Yes Giantess at the festival. (Read the full story.)

See other bands performing at SXSW ... 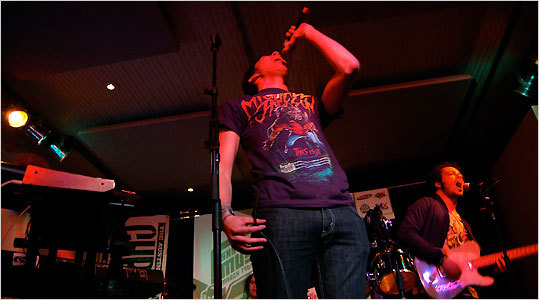