There were many great tenors active in the second half of the 20th century, but for millions of people Luciano Pavarotti was the main man, the only one.

Pavarotti died early this Thursday morning at his home in Modena, Italy, after a long struggle with pancreatic cancer, his manager, Terri Robson, said. He was 71.
(Read more.) 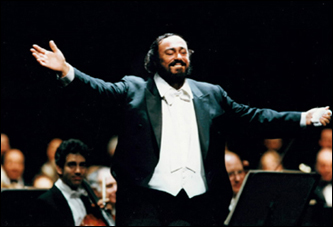